Hunting For The Genetic Secret To A Rare Disease

Neurologist Tally Lerman-Sagie saw her first cases of children having seizures a decade ago, but didn't have the technology to find their cause until now. 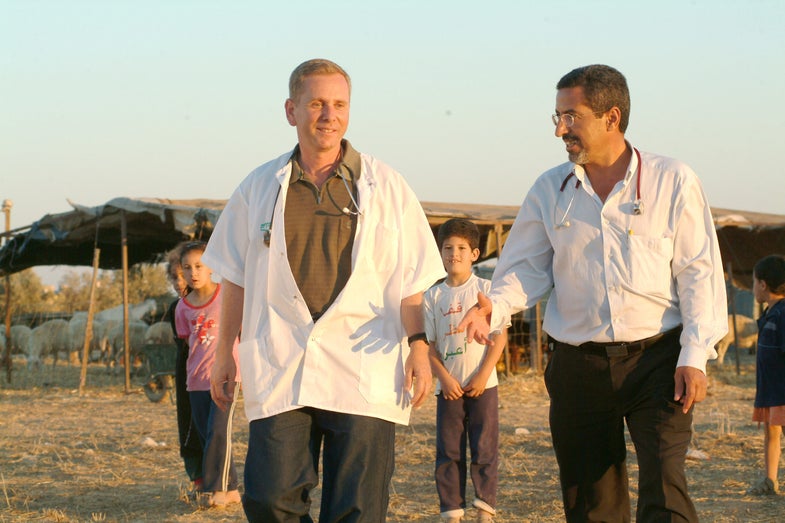 Before Birk discovered the genes responsible for PCCA, he worked on uncovering the genetic causes of certain birth defects among Bedouin people. Dani Machlis
SHARE

It was more than ten years ago that Dr. Tally Lerman-Sagie first saw babies with PCCA, a genetic disorder that causes severe mental and physical disabilities and brain atrophy—all before age three. Parents would bring in months-old infants with these unexplained seizures. Lerman-Sagie tested the babies as fully as she could in the pediatric neurology clinic she heads, just outside of Tel Aviv. At first, the test results would come up normal; only as the afflicted babies grew older would their MRI scans show their brain atrophy. Then, one family had a second child afflicted with the same mysterious symptoms. That made Lerman-Sagie realize she must be dealing with a genetic disease… but knowing that wasn’t much help, either. She didn’t know the gene, so she couldn’t test potential parents for it. She certainly couldn’t cure the disease.

She recalls one couple that had one baby who had died and one living with PCCA, which is short for progressive cerebello-cerebral atrophy. The parents wouldn’t believe the doctor when she told them their living baby’s condition was genetic. She didn’t have a test that could say, Here’s the gene, here’s what’s wrong. All she knew was that the condition showed up in families in such a way that it must be inherited.

“They were very religious Jews and they wanted to have very many children,” Lerman-Sagie says. Here their doctor was telling them that every kid they had was at risk for this devastating condition and there was no way for them to prevent it. The family never returned to Lerman-Sagie’s clinic in the Wolfson Medical Center in Holon, Israel. “It’s very hard when you can’t offer them genetic counseling,” she tells Popular Science.

Now, however, improving DNA technology has helped Lerman-Sagie discover the culprit genes behind PCCA, offering families a chance at prevention.

Affected children may never reach any baby milestones beyond learning to smile.

As genetic sequencing technologies have advanced, scientists are finding the genes behind more and more diseases. Ohad Birk, a geneticist at Ben Gurion University in Beersheba, Israel, has been doing just that. Popular Science met Birk during a trip hosted by his university. Lerman-Sagie turned to Birk because she knew he had a “gene-hunting” lab, she says. In the mid-2000s, Birk made the news in Israel and in the U.S. for uncovering the genetic causes of severe birth defects among the semi-nomadic Bedouin living in Beersheba. Genetic testing has since reduced the birth defect rate in Bedouin families from 17 per 1,000 births to about 12 per 1,000 births, Birk says.

Lerman-Sagie and her friend and fellow neurologist Bruria Ben-Zeev found seven families with PCCA for Birk to study. The families came from all over Israel.

The research team first thought the villain behind PCCA would be one mutation in one gene. After all, so far, they’ve only found the disease in families of Moroccan and Iraqi Jewish descent. That made the scientists think the faulty gene could have stemmed from one founder—the predecessor to these populations—long ago. But they soon realized the picture was much more complex. That’s not an uncommon discovery, Birk says.

“Now, with massive DNA sequencing, diseases that were classified classically as similar are turning out to be different,” he says. “On the other hand, sometimes you see that diseases that seem to be different and were in different chapters in the textbook, they’re actually caused by different mutations in the same gene.”

In the case of PCCA, the families that have it may have one of two mutations in one gene called SepSecS, or one mutation in an unrelated gene, called VPS53. People with mutated SepSecS genes can’t incorporate the mineral selenium into their bodies. It doesn’t matter if they have enough selenium in their diet. People with mutations in their VPS53 genes, on the other hand, aren’t able to move cell structures called vacuoles out of their cells. Essentially, their cells can’t take out the trash. Waste accumulates inside them. Because these mutations are in two unrelated genes, PCCA is actually considered two diseases, PCCA and PCCA2. Birk’s team published a paper defining PCCA2 and its cause in February, in the Journal of Medical Genetics. Team members think it’s likely there’s a “PCCA3,” too. They’re investigating.

“Now, with massive DNA sequencing, diseases that were classified classically as similar are turning out to be different,” Birk says.

Figuring out that what looks like one condition is actually several, or that several illnesses are one, can make a big difference, Birk says. The former scenario may explain why treatments for a single disease sometimes don’t work for a fraction of patients. Perhaps they have a different disease that looks the same. Birk offers an example. “Autism is probably many different diseases caused by many genes,” he says. “Now you’re beginning to see that.”

On the other hand, if seemingly disparate diseases are caused by the same gene, doctors could transfer a working treatment from one disease to the other.

Unfortunately, PCCA and PCCA2 have no cure. Still, knowing their causes is a boon. Clinics can now test parents to see if they’re carriers for the disease, before they have children. Birk recommends testing among couples who are both of either Moroccan Jewish or Iraqi Jewish descent. People of those ethnicities have roughly a 1 in 40 chance of being carriers, which means they have one of the gene mutations, but don’t have symptoms. (The mutations are much rarer in people of other ethnicities.)

Parents who are both carriers are at risk for having children with the disease. But they have options. One relatively new option: Parents may use in vitro fertilization technology to create embryos and choose those that don’t have PCCA or PCCA2.

Embryo selection can be controversial. There’s a lot of debate about whether parents should be able to choose embryo traits such as breast cancer risk, mild disability, or gender. The way is clearer with PCCA and PCCA2, however. The diseases are devastating and strike early in life. Affected children may never reach any baby milestones besides learning to smile, Lerman-Sagie says. Plus, those with two copies of the faulty genes always get PCCA. That contrasts with the more uncertain chances tied with breast-cancer risk genes.

Finding the genes sometimes isn’t much comfort to families who already have kids with PCCA. “They always ask, ‘If you find the gene, will it help my child? Will it cure my child?’ And the answer is no,” Lerman-Sagie says. For now, knowing the genes can only help families plan future children.

But at least one family Lerman-Sagie treats has already seen the benefits of her research. That family has two healthy older children. They didn’t see PCCA until they had their youngest daughter. “Their son is going to marry someone with same ethnic background,” Lerman-Sagie says. “So they’re happy they can be checked.”