Why the latest study on football players’ brains is so important

Researchers found evidence of CTE in 99 percent of the deceased former NFL players they studied. 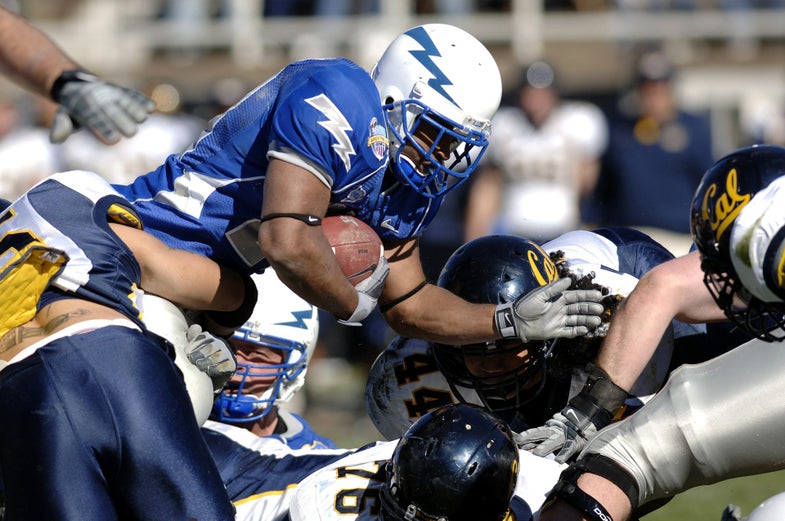 Football is a dangerous sport and can take its toll on nearly every bone, muscle, and organ in the body. But recently, scientists have become particularly concerned about the brain. They’ve found that high impact sports, particularly football, have the potential to cause chronic traumatic encephalopathy (CTE), a degenerative brain disease. Now, scientists have published one of the most definitive studies on CTE’s connection to football thus far: Of 202 brains of deceased former football players examined, 87 percent showed signs of CTE. Of the 111 study subjects who’d played for the NFL, all but one had CTE. The results, which were published today in the Journal of the American Medical Association (JAMA), represent the most convincing evidence linking CTE to football to date.

What is CTE and why is it so controversial?

CTE is a degenerative disease, meaning that its effects accumulate over time. Unlike a concussion, which is just one single trauma to the head, CTE happens from repeated blows—each one not necessarily strong enough to be considered a concussion, but intense all the same. These blows cause a protein called tau to build up in the noggin. As tau spreads, it kills brain cells.

While these clumps start to form shortly after the trauma, the effects build as time goes on. People don’t show symptoms of the disease—including memory loss, dementia, confusion, depression, and behavioral problems—until years later.

Why is this study so important?

Over the past few years, a number of small studies have connected CTE to repeated head traumas sustained in contact sports like football. But the disease’s cause has remained a bit controversial. The new study doesn’t get at any of the specifics of CTE—like how it forms in the brain or how common it is—and it is strictly observational. However, it does help to establish a more firm potential link between CTE and the repetitive head trauma that occurs during a typical football game, from high school all the way up to the NFL.

Not surprisingly, the apparent severity of CTE increased the more football the players endured: Those who played only in high school showed the least tau proteins in their brains, those who played through college showed more, and those who played professionally had the most.

What are its limitations?

The researchers note that the brains they examined are anything but random. In many cases, the signs and symptoms of CTE the players displayed while alive led family members to donate their bodies for study. So it’s impossible to tell what the exact prevalence of CTE is in football players (as well as in the general population) from this study alone.

Scientists still don’t completely understand why some players get CTE and others don’t, or what kind of impacts it takes to trigger the disease’s onset. Understanding this could help shape how football is played going forward.

For now, the only way to diagnose CTE is by examining and dissecting the brain post-mortem. So a method of detecting CTE in living patients is a big goal for scientists and doctors. With diagnostic tools—and living patients to study—researchers have a much better shot of figuring out how to slow CTE’s progression. In the meantime, this new study could help to calm some of the controversy over whether or not football’s traumatic nature has an effect on the development of CTE.