The FDA is finally updating its decades-old mammogram standards

Radiologists must now report a patient's breast density, which can complicate diagnosis. 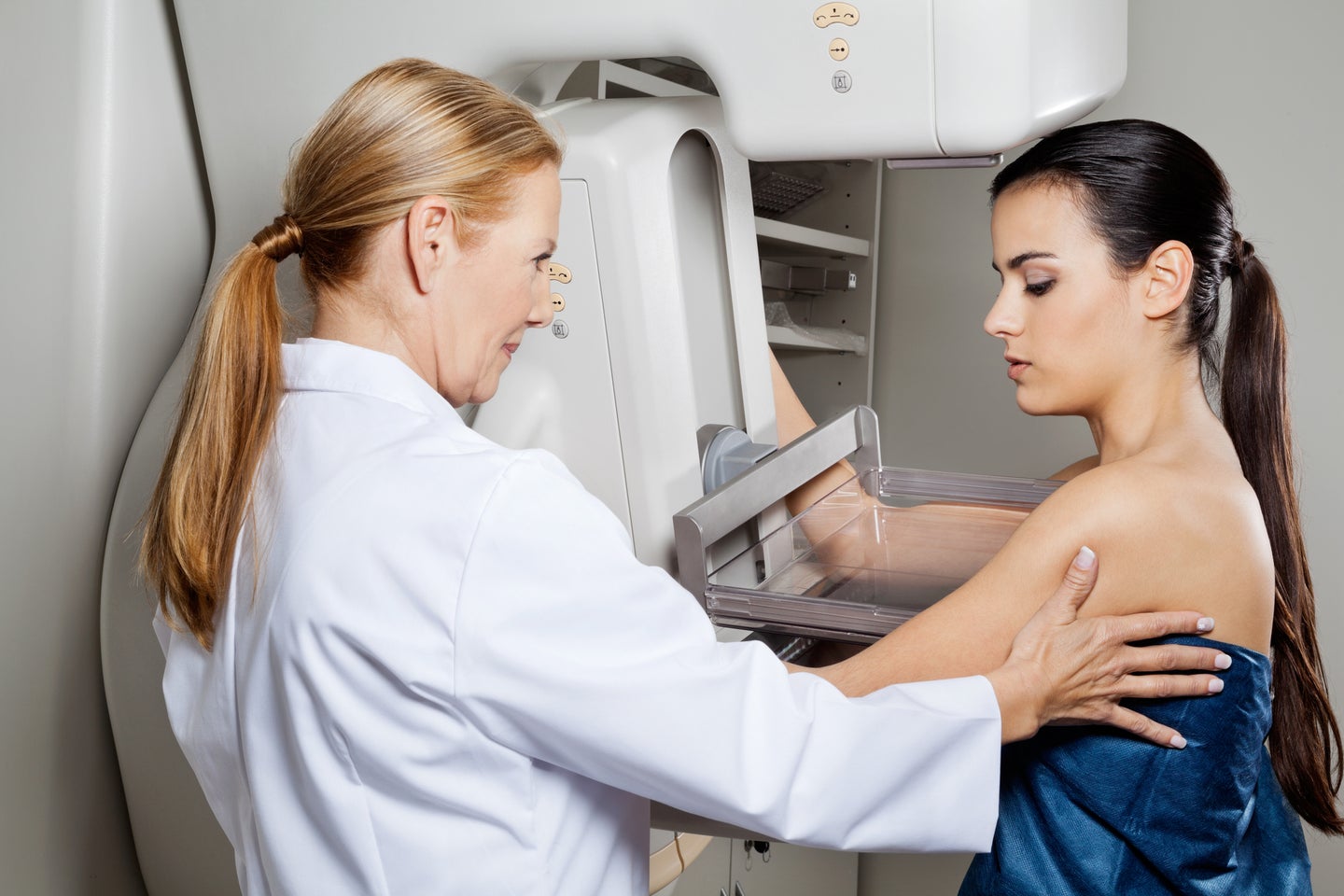 Sometime between the ages of 45 and 50, people with breasts start routinely squishing them into a machine. This process is called a mammogram. The test checks for early signs of breast cancer, and can detect the cancer before a full breast lump appears. The law requires that patients get a report after every test, which describes any problems the radiologist reading the test might have seen.

The Food and Drug Administration announced this week that it is proposing regulations which would require that patient reports include additional information about breast density. This is the first update by the FDA to mammogram standards since 1992, when the Mammography Quality Standards Act gave it the power to regulate facilities that provide the screenings and ensure that they meet certain standards and guidelines.

The updates to the act have been in the works for a while, says Christoph Lee, a professor of radiology and breast imaging specialist at the University of Washington School of Medicine. “Informing women is the right thing to do,” he says. The new regulations, he says, will hopefully spur a push away from one-size-fits-all screening and towards more personalization.

Around half of all mammograms show dense breasts, which means that the breasts have a low amount of fatty tissue and a high amount of fibrous connective or glandular tissue—which shows up white or gray on the image, making it harder to interpret. The appearance of dense breast tissue can make it harder for radiologists to pick out cancerous tumours, making the tests less accurate. Independent of screening efficacy, dense breasts are a risk factor for breast cancer.

Under current FDA regulations, information on patient breast density has to be included in the medical report radiologists send back to the patient’s physician, but it does not have to be included in the report sent to the patient. The majority of people who get mammograms are already getting this information after tests—in 27 states, laws mandate that people be given some type of notification if they have dense breasts. The proposal would extend that nationwide.

However, just because patients have dense breasts doesn’t mean that they need to take any additional action for their breast cancer screening, Lee says. In some states, like Connecticut, the breast density reporting laws specifically say that these patients may receive additional screening, either with an ultrasound or MRI. But supplemental screening isn’t necessarily beneficial for everyone with dense breasts—only those with additional risk factors, like family history or age.

“At least so far, the evidence is really pointing toward the harms of supplemental screening outweighing the benefits for the majority of women with dense breasts and no other risk factors,” Lee says. Harms might include the risk of a false positive, which could cause additional unnecessary tests, or the cost of the supplemental screening—they’re only covered by insurance in a handful of states.

The dense breast result should trigger a more extensive breast cancer risk assessment, Lee says, and additional screening should only occur after weighing all available information. But it’s not clear how well that’s understood by clinicians and primary care providers, and what advice those doctors should give to people who have dense breasts.

Many states with breast density reporting laws are developing tools to help doctors navigate their conversations with patients. “It still puts a great deal of burden on primary care physicians who are already strapped for time,” Lee says. “This could be beneficial in an environment where patients and providers are well informed about risk and benefit. It could also cause a lot of confusion.”

There are still unknowns around breast density reporting: it’s unclear how primary care physicians will handle added information, and what the cost might be to people who go on to have supplemental screening. In addition, Lee says, there’s already a manpower crunch in radiology—facilities might struggle to handle an uptick in tests.

“We have to get to the point where risk-based screening is the norm,” Lee says. “Breast density reporting laws are pushing us towards more formal risk assessments taking place.”