Getting the pill from online sites could make the contraception method far more accessible. 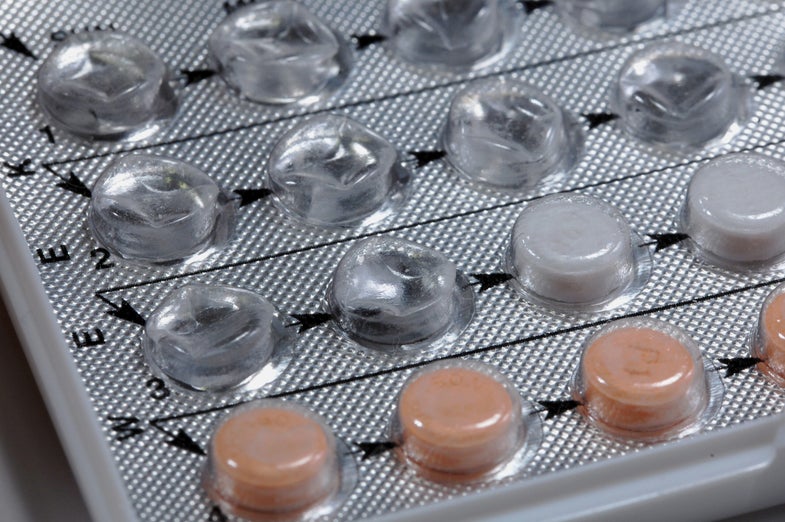 More than 99 percent of women ages 15 to 44 who have had sex have used birth control at some point in their life, and the pill is the most common form, according to a report by the Centers for Disease Control. But Britt Wahlin of Ibis Reproductive Health, a nonprofit women’s health research and advocacy group, says there are still many barriers to accessing contraception. In the U.S., birth control requires a doctor’s prescription. That typically demands an appointment, meaning time off work or securing childcare, and out-of-pocket costs, like transportation, even if medical costs are covered by insurance.

So it’s perhaps no surprise that the number of platforms allowing patients to get birth control online has grown in recent years. Today, women can get a prescription and order birth control through more than 15 online providers, like Nurx, Maven, LemonAid and Planned Parenthood Direct.

This means you can get a prescription for birth control online as your schedule allows without leaving your home. Getting the drug off the web also means skipping out on an in-person appointment with your doctor, a time set aside to discuss birth control options, effectiveness and potential side effects. But doctors and researchers argue that the benefits of this service far outweigh the risks.

Birth control medication is extremely safe, says Lauren Thaxton, OBGYN and assistant professor at Dell Medical School at The University of Texas at Austin. “If you compare it to other common over-the-counter medication like aspirin, the side effect profile of birth control pills is pretty similar.”

While there are documented risks and complications that can arise from birth control use, studies have shown the risks are low.

Also, Thaxton points out, studies show that women are generally really good at self-screening for reasons they shouldn’t be on certain birth control options without the help of a clinician.

But while getting birth control via the internet might seem a bit unconventional, patients do interact with a doctor or healthcare professional in some capacity. Platforms like Maven, known as the digital clinic for women, require a video appointment with a practitioner. Others like The Pill Club ask patients to fill out a questionnaire that’s then reviewed by a medical team before a prescription is made.

Oral contraception is so safe, in fact, that efforts to make an over-the-counter option are supported by groups like Ibis, which leads the Free the Pill campaign, and the American College of Obstetricians and Gynecologists (ACOG), a professional OBGYN organization. Over-the-counter birth control is already available in many countries in Asia, Africa, as well as Central and South America.

You don’t need preventative screenings in order to get birth control.

But there’s no medical reason for preventive screenings before accessing birth control. “We need to think about uncoupling the traditional obtainment of birth control medicine with other health services,” says OBGYN Jane van Dis, who is Maven’s medical director.

Experts agree these services can be done separately — for example, birth control through an online service or through pharmacists, and your screenings at a doctor’s office.

“We have really good guidance from ACOG that [states] screenings for cervical cancer or sexually transmitted infections is not medically required to start someone on contraception,” UT Austin’s Thaxton says. “Contraception should not be held hostage to elements of a primary care visit.”

This is important, van Dis says, because, according to the CDC, as of 2006 nearly 50 percent of pregnancies in the U.S. are unplanned, though some women use contraception to treat other medical conditions.

The online route doesn’t solve everything.

First of all, the online platforms require a smartphone or computer and good internet access. “We need to keep in mind that the people who have a harder time accessing birth control may not have these technologies available to them,” says Britt Wahlin of Ibis Reproductive Health. .

But even if you do have access to these web-based platforms, your choices of birth control is limited to the pill, which, by typical use standards, is only, on average, 91 percent effective. By comparison, the birth control shot is 94 percent effective and the implant and IUD are both 99 percent effective, according to Planned Parenthood. The latter of these forms are also long-acting, lasting up to 5 and 10 years, respectively. These forms require an in-person doctor’s visit.

In-office doctor appointments can range in price from free for those with good health care coverage to extremely expensive for uninsured people. In addition, Planned Parenthood puts the cost of pills between $15 to $50, depending on insurance coverage and brand.

That means that for some people, particularly those who are uninsured, telemedicine platforms are likely a far cheaper option for getting birth control. But there are still large price discrepancies between the platforms. For example, Nurx offers free consultations while PlushCare consultations cost $99 without insurance, not including the cost of the pill.

Free the Pill lists the prices for all companies that provide birth control prescriptions online, as well as where they operate.

Some people might be better off seeing a doctor in person.

People with complex medical issues like those who have a history of blood clots, migraines, high blood pressure, and even smokers should be especially aware before ordering contraception through an app or website and might be better off making a doctor’s appointment.

“Those [factors] put women at additional risk when using birth control pills,” Thaxton says, but an in-person doctor’s visit can guide them toward a birth control option that’s a better fit.

And if you’re interested in the implant, IUD, shot or vaginal ring, you’ll need to see a doctor in person to get these placed.

In addition to the barriers mentioned by Wahlin, there’s also the issue of finding a doctor who accepts new patients and the fact that there are “contraception deserts” in places like Texas. “Getting into see a doctor can sometimes be difficult,” Thaxton says.

And if you’re a low-income person, the obstacles are even greater. “Particularly for those groups, online access helps fill some of the need,” she adds.

Like the pharmacist-prescribed option, these telemedicine apps are removing some of these barriers and making birth control more accessible.

And increased access to birth control can be life-saving, van Dis says. “Determining if and when to become pregnant is an important health care component for women,” she says. “For some women, preventing pregnancy is life-saving, if they have a medical condition that puts them at risk.”