Rare rocks known as carbonaceous chondrites really are as old as time—and that's what makes them priceless. 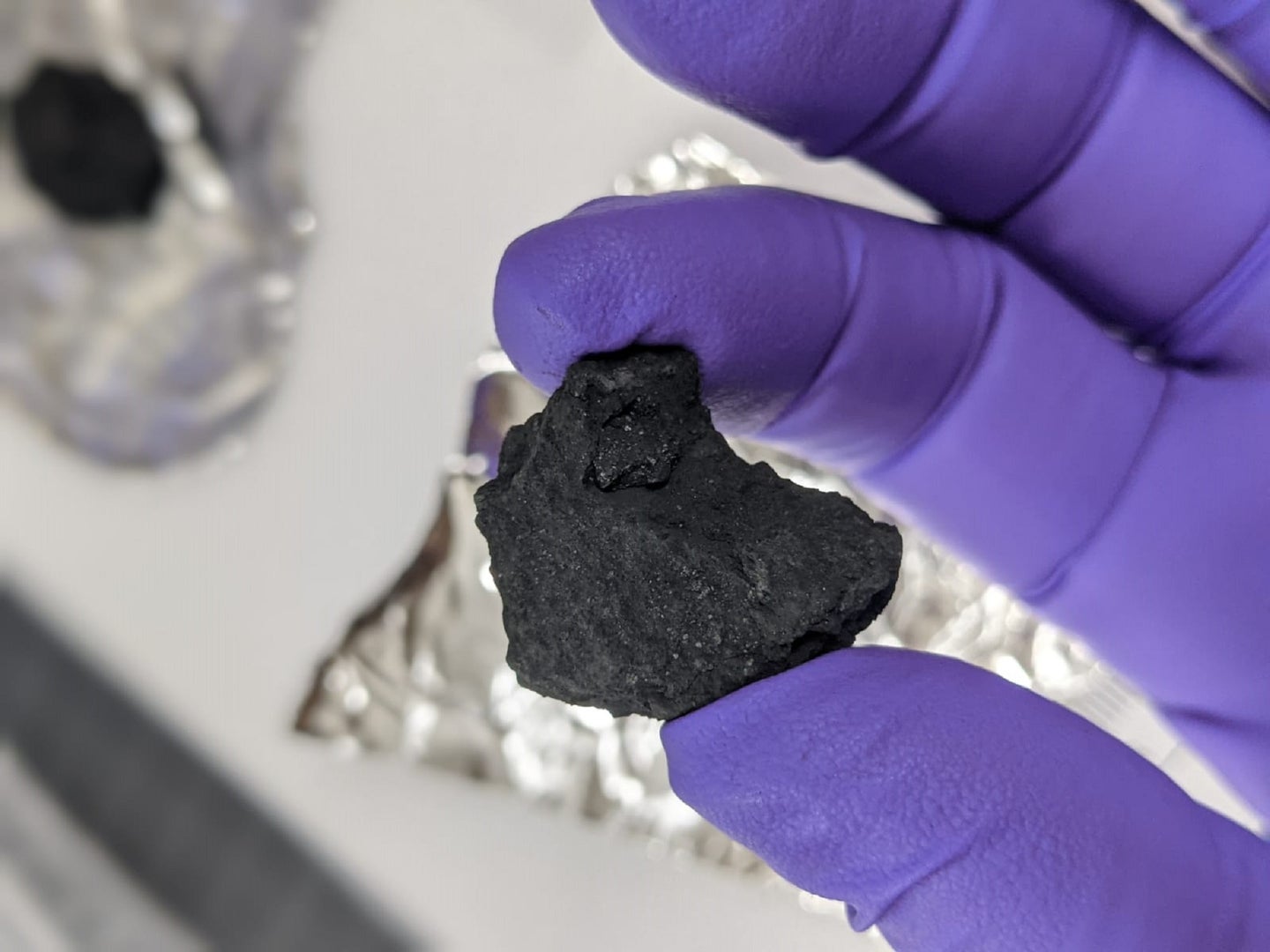 On a chilly February night in 2021, Winchcombe, a garden-girdled market town nestled in the gentle hills of southwest England, lit up with a fireball and a sonic boom as a meteorite streaked across the sky.

Astronomers knew, instantly, the value of the rock they had just been granted. They got the word out quickly. In the following days, locals and scientists alike combed through hedges, fields, and driveways, collecting more than a pound of extraterrestrial fragments in all.

[Related: Hunt for meteorites in your own yard]

Experts had good reason to be excited about this particular fireball, which, as it turns out, is far more ancient than Winchcombe’s 15th-century castle. This meteorite was a 4.5-billion-year-old relic from the very first days of the solar system. Studying debris like these can help researchers understand what was happening as the planets were still forming, including how much water might have once coated a world like Mars.

“The Winchcombe meteorite contains all the ingredients—water and organic molecules—that are needed to kickstart oceans and life on Earth,” says Ashley King, an earth scientist at the Natural History Museum in London. He was one of dozens of scientists to publish their findings on the Winchcombe meteorite in the journal Science Advances today.

The British rubble provides an example of what astronomers call a carbonaceous chondrite. These rocks really are old as time: They likely formed at the dawn of the solar system, in its outer reaches, before eventually falling closer to the inner planets.

Carbonaceous chondrites have a much higher carbon content than most of their fellow space rocks. They’re also spiced with a healthy pinch of what astronomers call volatiles: substances like methane, nitrogen, carbon dioxide, and, yes, water, all of which are frozen in space but can readily turn into gas under the heat of the inner solar system.

Carbonaceous chondrites don’t often come to Earth; they account for a tiny fraction of the thousands of meteorites that are collected for study on our planet. One plummeted to the ground in Denmark in 2009; another crashed in California in 2012. Those two examples seem to have followed similar arcs as the Winchcombe rock, potentially hinting that they all may share an origin story.

To find material from rocks that old, astronomers often have to send couriers off-world. Hayabusa2, a spacecraft launched from Japan in 2014, returned to Earth six years later with samples from 162173 Ryugu, a near-Earth asteroid. NASA’s OSIRIS-REx, launched in 2016, is set to return in 2023 with similar samples from another near-Earth asteroid, 101955 Bennu. Both asteroids are suspected chondrites.

The Winchcombe rock saved space agencies the trouble by coming to Earth instead. More than that, because locals caught the meteorite’s course with their doorbell cameras and dashcams, astronomers had no trouble reconstructing the rock’s arc through the atmosphere.

“Since we know the pre-atmospheric orbit of the original rock and the meteorite was recovered only hours after landing, it’s been a little bit like having our own ‘natural’ sample return mission from an asteroid,” says King.

Because the fragments came from a known environment, astronomers could also confidently determine which bits came from the meteorite and which came from, say, a driveway. The pieces were also retrieved within days, which meant any contamination was kept to a minimum. “The Winchcombe [rock] is pristine, unmodified by the terrestrial environment, and gives us a chance to look back through time,” says King.

“We were able to make a really exciting measurement of the composition of the water in Winchcombe and know it was 100 percent extraterrestrial,” says Luke Daly, an earth scientist at Glasgow University in Scotland and one of King’s co-authors.

The scientists did just find water in their time capsule—they also detected carbon- and oxygen-containing compounds, including amino acids, the building blocks of life on Earth.

Although Winchombe’s rock is a rarity on Earth, the early solar system would have been teeming with debris like this. In many ways, they’re the leftovers: material that didn’t get eaten by growing little planets. Back then, carbonaceous chondrite after carbonaceous chondrite would have encroached on the inner planets and battered their surfaces. So, it’s possible that rocks like Winchcombe might have helped deliver water and amino acids right to Earth, along with Mercury, Venus, and Mars. That raises another question: How much life-giving substance did they carry?

To answer that, a group of researchers from France and Denmark examined a very different sort of meteorite: fragments of Mars, broken off and cast away until they fell to Earth. There are about 200 known examples of such meteorites, which give scientists a glance into Martian history right from the comfort of their own home world. The resulting study was also published in Science Advances today.

There’s a particular red flag in those Mars-borne rocks: chromium. It’s not that this heavy metal is unknown to the Red Planet—but one specific isotope, chromium-54, isn’t naturally found in the crust. In fact, chromium-54’s most likely origin is, indeed, chondrites. From the levels of chromium in this sample of meteorites, experts can estimate the number of chondrites that crashed into Mars.

“This allows us to place a firm estimate on the minimum amount of water that must have been present on Mars,” says Martin Bizzarro, an astronomer at the University of Copenhagen in Denmark. He and colleagues concluded that the chondrites that struck Mars, combined with water vapor rising from the planet’s churning interior, might have flooded it in an ocean nearly a thousand feet deep.

“This study looks really exciting and adds further support to the hypothesis that water-rich asteroids were the main source of volatiles to the terrestrial planets,” says King, who was not an author of the Martian rock study.

As for the Winchcombe meteorite, the scientists behind that paper have barely even scratched the surface of the rocks that have fallen from the sky and almost right into their lap. It’s a window into a cosmological period with limited hard clues—the oldest known Earth rocks, for instance, are only around 4 billion years old.

“There is so much more exciting science to come out of this stone,” says Daly. “It’s impossible to cover it all.”