After a long trip, OSIRIS-REx gets down to business. 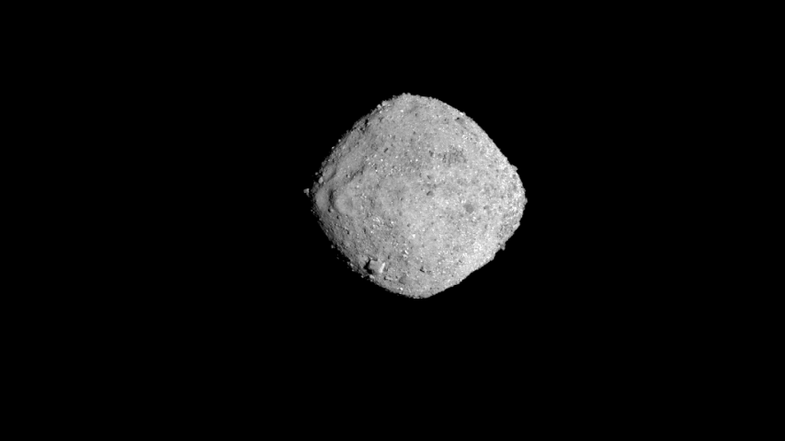 OSIRIS-REx took this picture of the asteroid Bennu on November 16, 2018 when it was 85 miles away from the asteroid. NASA/Goddard/University of Arizona
SHARE 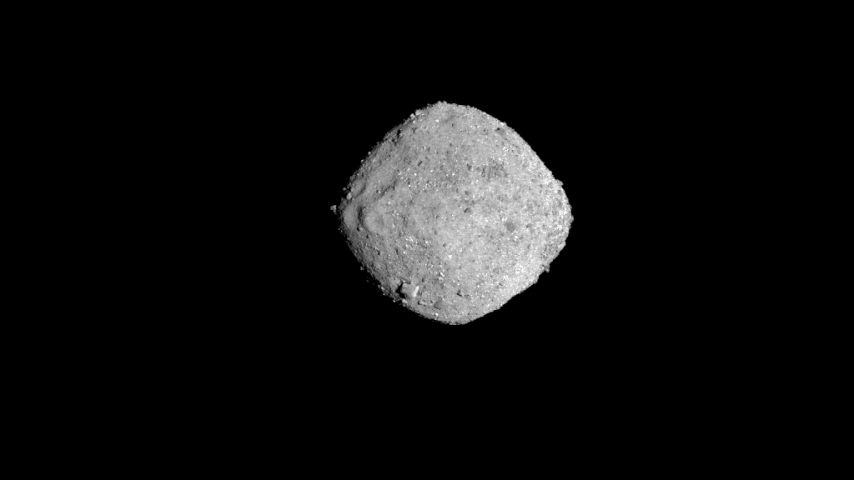 OSIRIS-REx took this picture of the asteroid Bennu on November 16, 2018 when it was 85 miles away from the asteroid.

On Monday, a NASA spacecraft reached the near-Earth asteroid Bennu, kicking off a research mission that could help us unlock secrets of the early solar system and, hopefully, the start of life on Earth. The spacecraft, named OSIRIS-REx (because Origins, Spectral Interpretation, Resource Identification, Security-Regolith Explorer doesn’t exactly roll off the tongue), has been beaming pictures of its approach to the asteroid all the way, allowing us to get a really close look for the first time. “The story of this asteroid is the story of the solar system,” Bashar Rizk, instrument scientist for OSIRIS-REx, told CNN. “When we understand Bennu, we will understand something fundamental about our solar system.” After a two year journey traveling to reach the asteroid’s orbit between Earth and Mars, the spacecraft is now less than 12 miles from Bennu. Following a few initial passes to get a sense of spin, mass, and shape, OSIRIS-REx will drop in close enough to start orbiting the asteroid in its weak field of gravity. If this happens as planned in January 2019, Bennu will become the smallest object NASA has ever orbited.

The spacecraft took an image nearly every day from August 17 to November 27, 2018 as it approached the asteroid.

OSIRIS-REx will spend another two years with its celestial dancing partner. While circling Bennu, which is about as wide as the Empire State Building is tall, the spacecraft will snap photos of the asteroid while 3-D mapping its surface and measuring temperature, rock mineral content, and x-rays emissions.

OSIRIS-REx won’t ever land on its rocky target. But in July 2020, it will also reach out a mechanical arm and tap the asteroid’s surface to take a physical sample of whatever it finds there. The spacecraft will send this sample back to Earth, which, if successful, will be the first specimen collected from an asteroid and returned to our planet.

NASA chose this asteroid out of 500,000 others because it’s relatively close to Earth and large enough—with a slow enough spin—to make a mechanical fist-bump possible. It’s also really old, a remnant of the formation of our solar system. Scientists believe asteroids like this one may have delivered water to form our oceans and can help us understand how planets formed. After the spacecraft drops the samples it collects in the Utah desert in 2023, scientists expect they’ll spend another two years looking at Bennu’s makeup to see if, among other materials, the asteroid contains the types of amino acids that made life on Earth possible.

Bennu could also collide with Earth one day, and studying it could potentially help scientists develop ways to prevent such a collision. That probably won’t happen until the 22nd century, but no matter which way you look at it—answering life’s fundamental questions, avoiding catastrophic meteorites, or snapping cool images of our solar system—this is one rock to watch.