They’re the oldest things you could possibly touch. 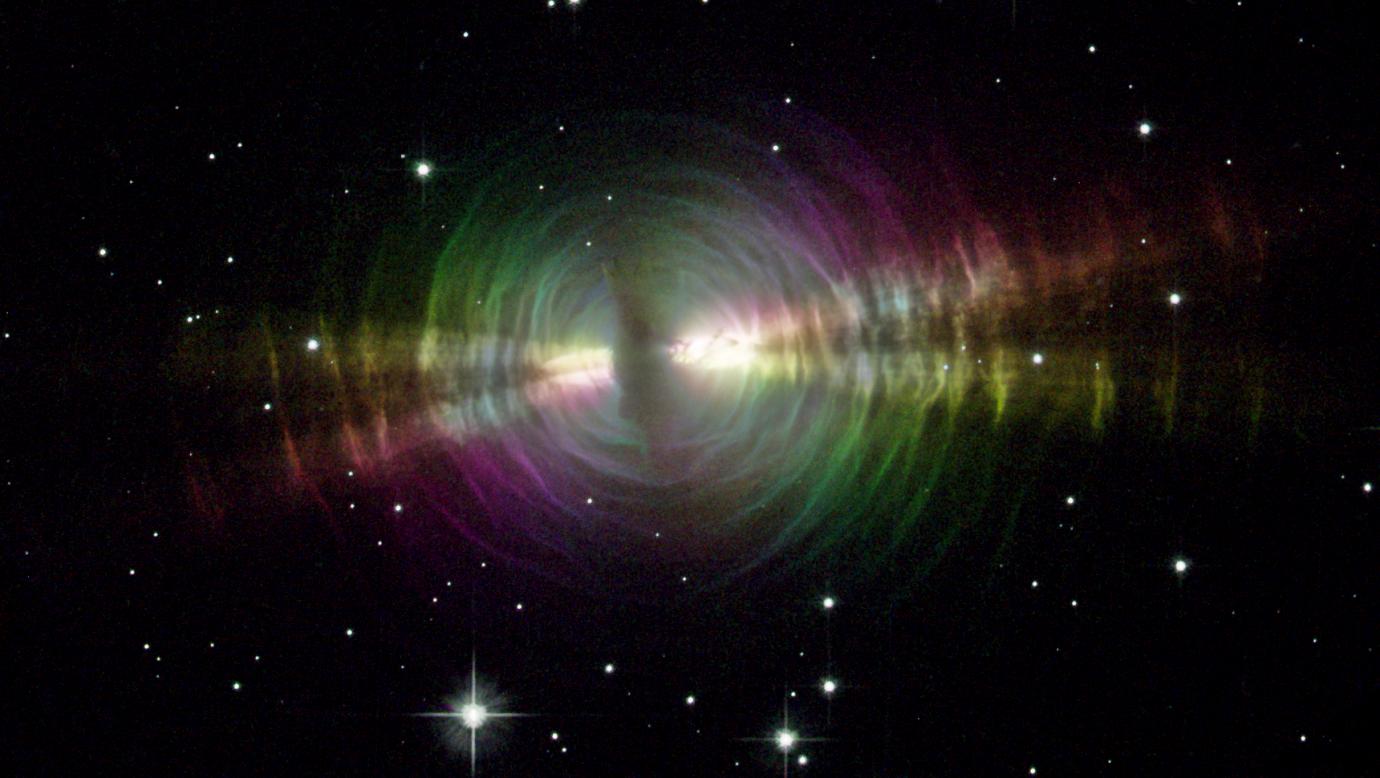 Dust grains like these from the Egg Nebula may have survived the formation of the solar system, and made their way to Chicago relatively intact. NASA/ESA and The Hubble Heritage Team STScI/AURA
SHARE

If the cosmos has one skill, it’s alchemy: the ability to transform one substance into another. Stars create larger atoms from smaller ones, and expel metals and dust when they die. Gravity sculpts that dust into worlds. And on geologically active planets like Earth, rocks and minerals shapeshift constantly as they’re broken down by weather, sucked into the depths of the mantle, melted down, and spewed back to the surface.

Objects that have somehow managed to escape this constant churn, we call old. Earth’s oldest rock crystals, for instance, have survived nearly the entirety of the planet’s 4.5-billion-year history. Go back any farther, however, and you hit a wall. The solar system swirled into being from dust particles drifting through space about 4.6 billion years ago, and then energy from the young sun blasted apart anything in the vicinity, so it’s hard to get your hands on anything older than that.

Hard—but not impossible. The most rugged interstellar dust grains endured the formation of the sun and its youthful outbursts long enough to become embedded in asteroids, where they napped through the formation of the planets and the evolution of life. A few of those grains eventually made their way to Earth aboard meteorites, where a group of patient researchers has spent the last thirty years finding them and melting them down to unlock the secrets of their deep cosmic pasts—one of which stretches back seven billion years, nearly half the age of the universe itself.

“I think it’s just fascinating to study the history of the galaxy with a rock,” says Philipp Heck, a cosmochemist at the Field Museum of Natural History in Chicago, and co-author of a recently published work detailing the grains’ histories.

While most local meteorite material formed with the sun and the rest of the solar system 4.6 billion years ago, roughly one millionth to one billionth of a space rock’s weight comes from microscopic grains of a nearly indestructible mineral called silicon carbide. “[It’s] incredibly tough,” says Frank Gyngard, a nanoscale researcher at Harvard Medical School and co-author, “like diamond.” These tiny flecks represent the last unchanged members of the stardust clouds that formed the sun and the planets.

After first spotting these grains in 1987, a group at the University of Chicago developed a recipe for extracting them that Heck likens to “burning down the haystack to find the needle.” In 1990, they pulverized 88 grams of a large space rock known as the Murchison meteorite using acid, along with other caustic ingredients that dissolved away the more delicate minerals. They ended up with a few dozen silicon carbide grains large enough to analyze—which in this case means about a tenth the width of a human hair. Researchers then spent nearly 30 years developing and refining the techniques needed to study their haul.

To date an object older than the solar system, you need a predictable process—a clock—that gradually changes the object over time. Researchers settled on cosmic rays, speedy particles that occasionally slam into the dust grains as they float through space. For an early analysis they estimated how often this happened, but for the recent report, published Monday in PNAS, the team used real cosmic ray measurements from the Voyager spacecrafts, which have recently entered interstellar space.

Powerful cosmic rays splinter the grains’ particles, sending pieces flying in all directions like a cue ball breaking a rack in billiards. Some fragments are lost into space, but the crystalline structure of the silicon carbide traps others, such as particular types of helium and neon. By melting down the crystals and counting up these splintered particles, Heck and his colleagues could calculate how long the grains spent floating in space, exposed to the cosmic rays—a “significant achievement” according to Jan Leitner, who studies interstellar dust at the Max Planck Institute for Chemistry in Germany and was not involved in the research.

The new work lays out the most accurate ages of the alien sand grains yet, the reward for a painstaking re-analysis of data from an older batch of grains alongside fresh research on a previously unstudied grain group. A few specks seem to have drifted alone for billions of years, but most of the dust particles appear to have spent mere millions of years bathed in cosmic rays—as if something spit them all out into space all at once, shortly before they helped form the solar system. This apparent spike in dust abundance supports astronomical evidence for a modest “baby boom” in star formation, the researchers suggest, which may have taken place around seven billion years ago. These stars spat out plumes of dust when they died a few billion years later, seeding the area with the material that would, in short order, become our solar system.

Linking our origins to this hypothetical baby boom based on the rough ages of a few dozen mineral grains remains necessarily speculative, but Leitner finds the team’s case convincing. “The study allows a glimpse beyond the formation of the sun and our planetary system, into the galactic history of the solar neighborhood,” he says.

To strengthen their case, and perhaps even find evidence of unrecorded episodes of extra star formation deeper in the past, Heck says he looks forward to hunting for new silicon carbide grains. While destroying small handfuls of meteorites and melting down our solar system’s longest surviving structures makes him feel a bit sad, the Field Museum still has dozens of pounds of the Murchison meteorite for the group to explore, slowly and carefully. “We have this huge repository,” Heck says. “We want to make sure future generations have access to it.”