Birds like chickadees use our feeders as more of a snack then a main course. 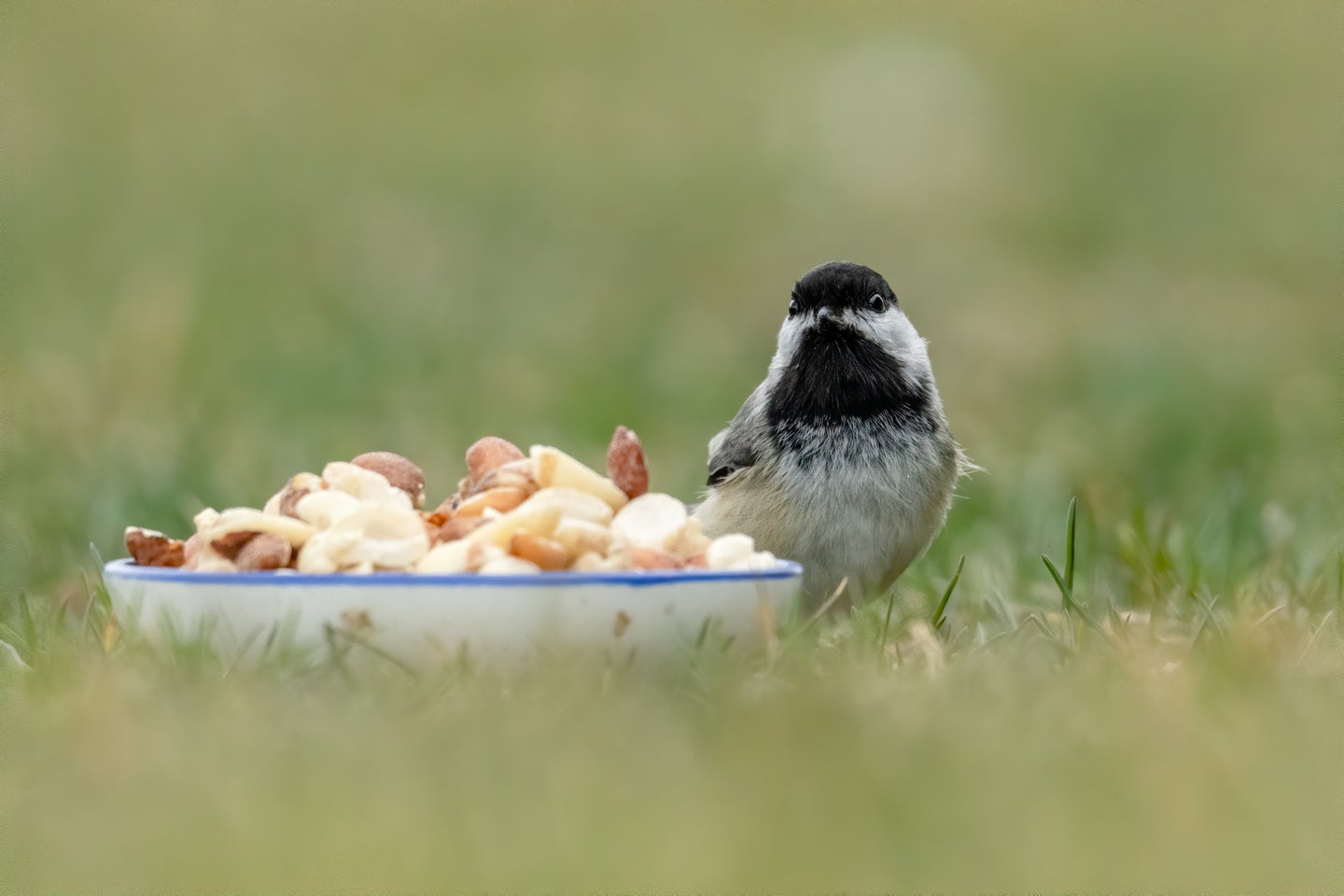 More than 50 million people in the United States provide birds with food—whether they toss bread chunks to ducks or erect shiny feeders in their backyards. In fact, American consumers spend more than $4 billion a year on bird food, feeders, and other bird-feeding accessories.

But providing tasty morsels to our neighborhood tweeters may come with some downsides.  Research has found intentionally feeding our feathery friends facilitates disease transmission, enhances competition, and even hinders breeding. However, a study published last month in the Journal of Avian Biology found no evidence of birds becoming reliant on our tasty tokens.

“If birds become dependent on humans for food, and we stop feeding them, they may not be able to sustain themselves without our help,” Jim Rivers, lead author of the study and an associate professor of wildlife ecology at Oregon State University, says.

To reach this conclusion, the researchers observed 67 wild chickadees from the fall of 2016 to early spring of 2017 near the campus of Oregon State University. Rivers chose these small songbirds because they typically frequent bird feeders throughout the colder months.

The chickadees were captured and tagged with electromagnetic trackers and underwent one of three flight-feather treatments—a control group, a group with a “light clipping” of two primary flight feathers, and a “heavy clipping” of four flight feathers.

[Related: On Instagram, this quirky bird soars above the rest.]

“We have very limited information on whether birds that require more food, such as during winter storms, might increase their reliance on bird feeders. We can’t control winter weather, but we can use techniques, like feather flipping, that might offer clues about other periods when energetic expenditure is high,” Rivers says.

Every chickadee has nine flight feathers, and when clipped at the base, flight becomes more difficult. To continue fluttering around, clipped birdies need more energy—and therefore more food. These feathers grow back, so next season the chickadees were able to fly as normal.

The bird-loving biologists predicted that the clipped, hungrier chicks would need more food and nibble more frequently at one of the 21 bird feeders installed throughout their wooded habitat—especially since foraging food in the winter is already cumbersome. However, what they discovered surprised them.

Instead of loitering around the feeders for longer, the hindered whistlers actually decreased their use of the man-made sunflower dispensers for the first two weeks of wintry weather. However, visitation rates eventually returned and by week three all of the chickadees, clipped and unclipped, were using the dispenser’s the same amount.

While the researchers are unsure why this happened, one possible explanation is that the clipped birds had to adapt to their new mode of flying before returning to graze at feeders that often leave them more vulnerable to predators. Chickadees also cache food away for later and could have been munching on stored away snacks. Finally, flying to the feeders may have been too exhausting to justify.

[Related: Turning the lights off for a few nights each year could save millions of birds.]

Regardless, the study indicates birds, even the hungriest ones, do not appear to become dependent on human-provided seeds and snacks. This re-affirms the only other study published on the subject, published in 1992. The decades-old work tested survival rates amongst chickadees after 25-year-old bird feeders were removed from their posts in Wisconsin, and perhaps unsurprisingly, the birds carried on just fine without the treats.

“We were able to address an old question with limited research behind it in a new way,” Rivers says. “A next step would be to test our method with other species in other areas, particularly areas with especially cold winters, and evaluate if the birds act the same way in a different environment.”

More studies need to be conducted to determine the full extent to which bird feeders impact and alter wild avians’ behaviors. But the more we know about our local flying friends, the more we can do to protect them in the future.