When Voyager 1 goes dark, what comes next?

NASA's 45-year-old probe is one of the farthest traveling crafts in space. But as Voyager shows its age, a new mission could seek to surpass it. 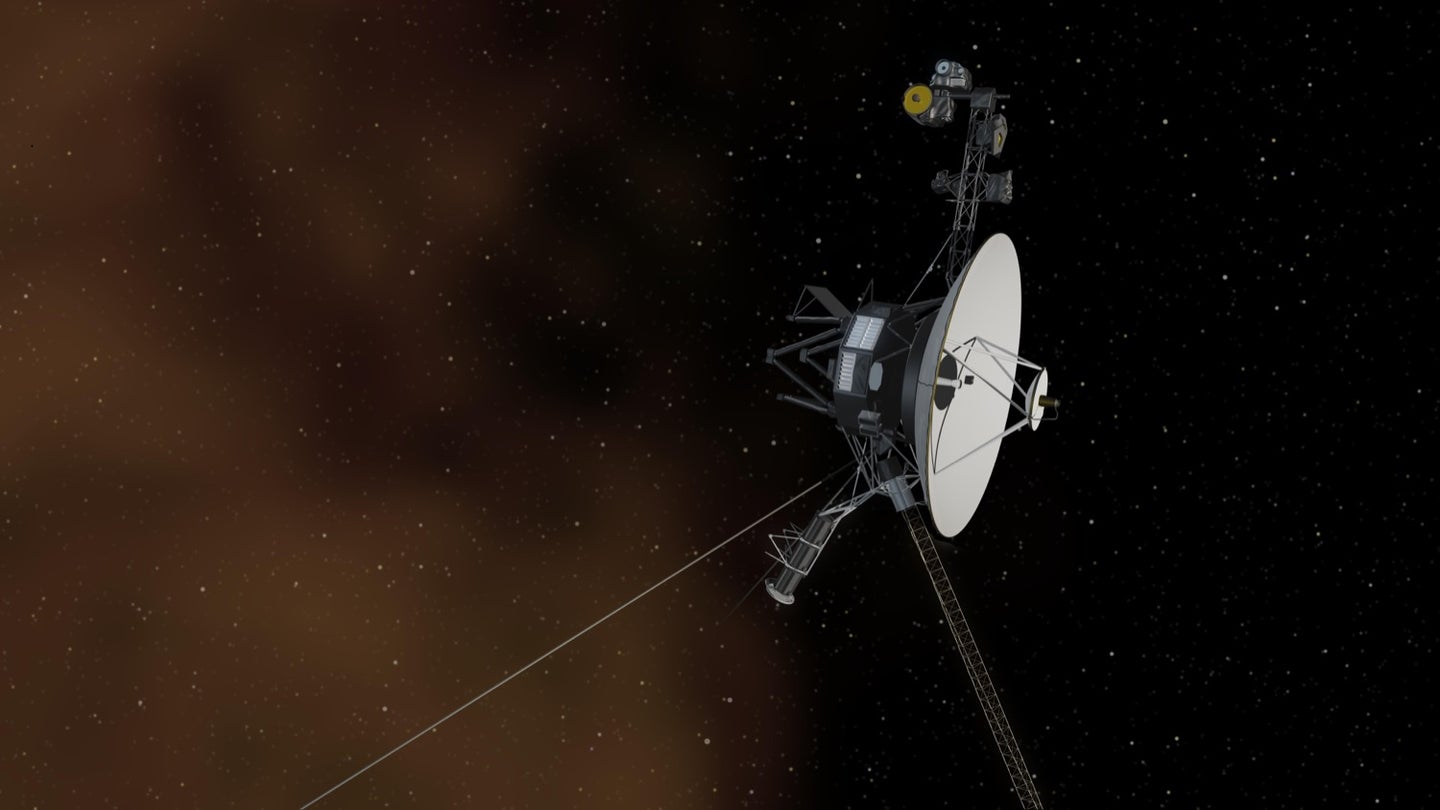 Voyager 1 and 2 launched 45 years ago and have seen the outer reaches of the our solar system. But their age prompts scientists to look to the future of space probe missions. NASA/JPL-Caltech
SHARE

Decades after Voyager 1 and its twin, Voyager 2, went their separate ways to explore the universe, the probe has lasted far longer than NASA ever expected—both have sent back discoveries of active volcanoes and new moons among the Jovian and Saturnian systems. Yet even for a spacecraft, getting older comes with its own set of problems.

This year, without any known interference in its previously spotless record, the probe experienced a glitch in its attitude articulation and control system (AACS), the system which keeps its antennae pointed towards Earth. Confused about its position in space, the muddled probe began sending back inaccurate telemetry data through an onboard computer that had ceased functioning years earlier, corrupting the correct data.

Although NASA engineers were recently able to fix the issue by commanding the system to revert back to its previous computer, Voyager’s slip begs the question: Is it time to retire one of the agency’s oldest, farthest-traveling space probes? Although the agency notes that the error isn’t a threat to the long-term health of the mission, some scientists have already been looking into creating Voyager’s heir-apparent.

“We’ve gotten incredibly lucky with the Voyagers and so the fact that the things are still working as well as they are, is really a combination of technological miracle and some luck,“ says Ralph McNutt, the chief scientist for space science at the Johns Hopkins University Applied Physics Laboratory. “So if things go wrong, it’s not surprising.”

McNutt, who was lucky enough to be present at Cape Canaveral, Florida during Voyager 1’s launch in 1977, is the principal investigator of a team at the Applied Physics Laboratory that has recently submitted a detailed proposal to NASA for a mission concept that could far exceed Voyager’s limits. Dubbed the “Interstellar Probe,’‘ their craft would be able to travel even farther than the Voyager missions, while still seeking answers about the heliosphere, or the bubble-like region of space that shields our solar system from galactic radiation.

[Related: How the most distant object ever made by humans is spending its dying days]

With the right technology, McNutt’s probe concept could be ready to launch between 2036 to 2042, depending on when it’s able to get a gravity assist from Jupiter, where the craft’s orbit would use the planet’s gravitational pull to slingshot itself into space’s outer reaches. If Interstellar Probe does come to fruition, the mission could end up breaking its predecessor’s record as the most distant human-made object in the universe. And unlike the 45-year-old Voyager, which has succeeded its original mission lifetime by a factor of 10, says McNutt, Interstellar Probe would be reliable enough to last for at least 50 years.

But a potential launch would still be some years away. Although NASA did fund the initial study, the concept is still in its early stages, and won’t be turned into an official mission until it’s been reviewed and chosen by a decadal survey committee, whose decisions could take another two years to be finalized.

But why exactly do we need probes when astronomers now have access to powerful telescopes like the James Webb Space Telescope and the long-awaited dark matter hunter, the Nancy Grace Roman Space Telescope? The simple answer is that the missions often have different priorities and contrasting capabilities. Probes like Voyager and the Parker Solar Probe, are heliophysics missions that study the sun’s influence in space, whereas JWST and Roman are astrophysics missions that study objects like exoplanets and faraway galaxies. Despite their differences, probes and bigger survey telescopes like JWST are also two sides of the same coin. Their discoveries are both needed to create an accurate, more comprehensive picture of our cosmic surroundings.

While Voyager isn’t going anywhere anytime soon, some experts are appreciative of the fact that many in the scientific community are planning for the day Voyager might go dark.

“Around 2030 is probably the last time that any of the instruments on Voyager will work,“ says Merav Opher, a professor of astronomy at Boston University, who has long been involved with the Voyager team. She says it’s encouraging that so many of her colleagues are working on next-generation projects that could eventually utilize Voyager’s knowledge to the fullest.

“This long-term mission needs diversity,” she says. “Attention to diversity in teams is not just good diversity, but it’s good to make discoveries.”