The only human-made object outside our solar system is still alive and kickin'. 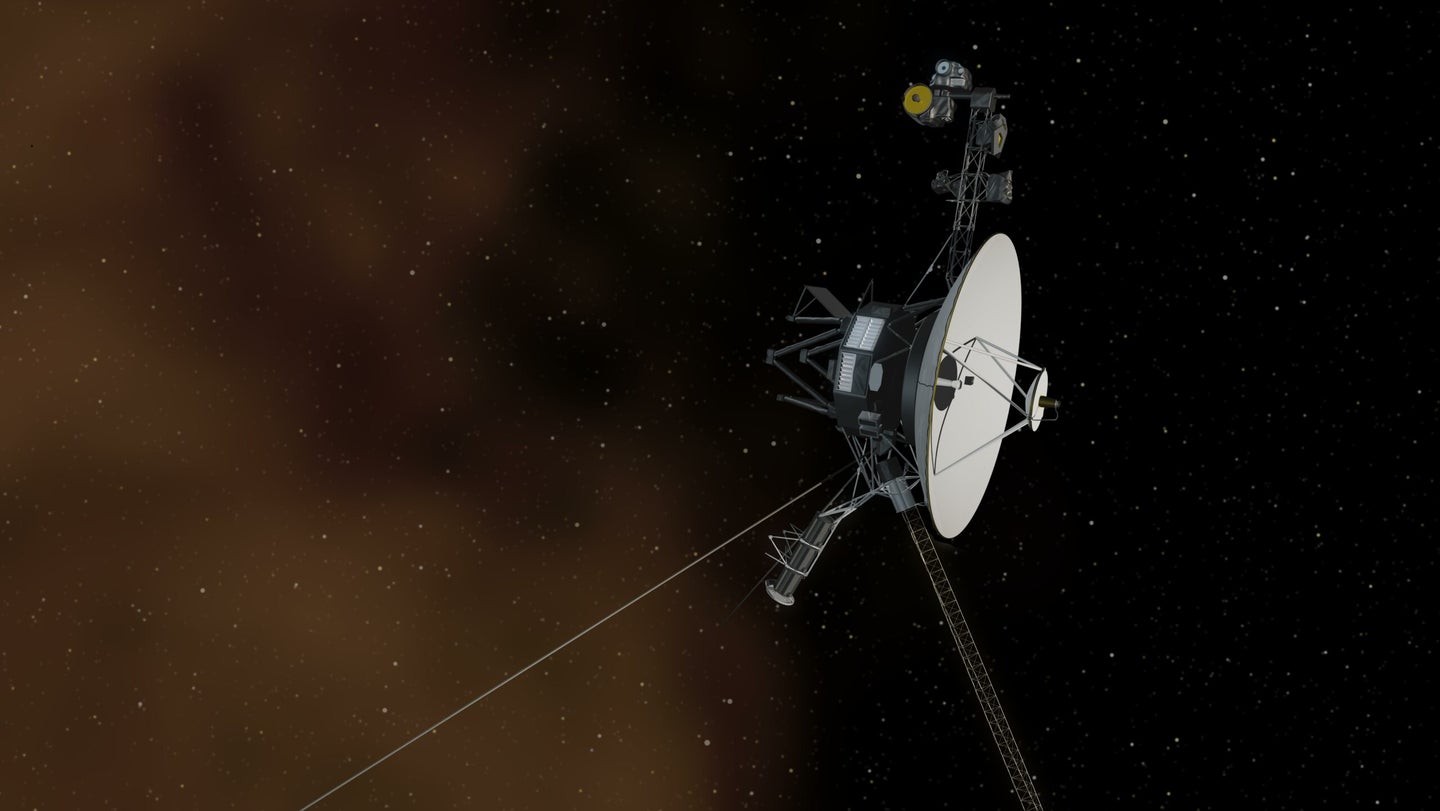 When Voyager 1’s trajectory correction maneuver thrusters last fired, Ronald Reagan had just been elected president. Over 30 years ago, about a decade into the spacecraft’s journey out to the edge of our solar system and beyond, the thrusters had officially served their purpose. The trajectory correction maneuver (TCM) thrusters sent out little puffs of power to correct the object’s course, allowing Voyager 1 to explore Jupiter, Saturn, and several moons orbiting them. After the last course correction for Saturn on November 8, 1980, the TCMs went silent.

Last week, NASA scientists fired them up again. And 37 years after being put out to pasture, the thrusters worked. They could even extend the mission of the invaluable space probe by several years.

Voyager 1 is an important vessel. It’s the fastest spacecraft we’ve got, traveling at around 11 miles per second. It’s also the farthest. Its twin, Voyager 2, is nearly 11 billion miles away from the Sun, pushing through the last layer of our host star’s influence on the space around our system. But Voyager 1 is over 13 billion miles away from the Sun, and has the incredible distinction of being the first human-made object to enter interstellar space.

Yet even from that great distance, the probe still sends messages back to Earth. That’s where the thrusters come in. For decades, a set of thrusters has served to set out tiny, split-second pulses to keep the craft’s antenna pointed toward us. Now those thrusters are getting old, and it’s taking more effort to make Voyager 1 move. The solution? See if the TCM thrusters—which on the one hand haven’t been worn out by constant use over the last few decades, but on the other hand haven’t even been turned on—could take on some of the legwork.

“The Voyager flight team dug up decades-old data and examined the software that was coded in an outdated assembler language, to make sure we could safely test the thrusters,” Chris Jones, chief engineer at NASA’s Jet Propulsion Lab, said in a statement.

It takes 19 hours and 35 minutes for a signal from Voyager 1 to bounce back to Earth, but after a day of waiting the scientists confirmed that the hardware had fired right up. Their current plan is to switch from the primary thrusters over to the TCMs sometime in the next few months. Unfortunately, the TCM thrusters only work if a set of small heaters are turned on, and Voyager 1 won’t have the power to keep them burning forever. But for as long as they last, the original thrusters will get a much-needed rest. The Voyager team expects to have to start flipping off switches in the 2020s, and the probe will likely be completely incommunicado after 2025 or so. But anything we can do to keep in touch with our interstellar buddy for just a little longer gives us a better chance of learning about our region of space.

After that, our research probe will turn into more of time capsule. Voyager 1 won’t reach another star for around 40,000 years. Perhaps humanity will be a true spacefaring race by that time, with vessels scattered across the galaxy that manage to outpace our first little beacon into the beyond. But if humanity is long gone, we may make a kind of posthumous contact with other intelligent life. Voyagers 1 and 2 both carry copies of the Golden Record. It’s more symbolic than anything—no one expects aliens to know what a record is and how to play it, let alone understand human languages—but just as ancient, sometimes unintelligible cave paintings tell us that our ancestors once roamed distant lands, the etchings on these records will say that we were here. And that we wanted to look for something more.