Venusian ‘campi’ behave differently than our own tectonic plates. 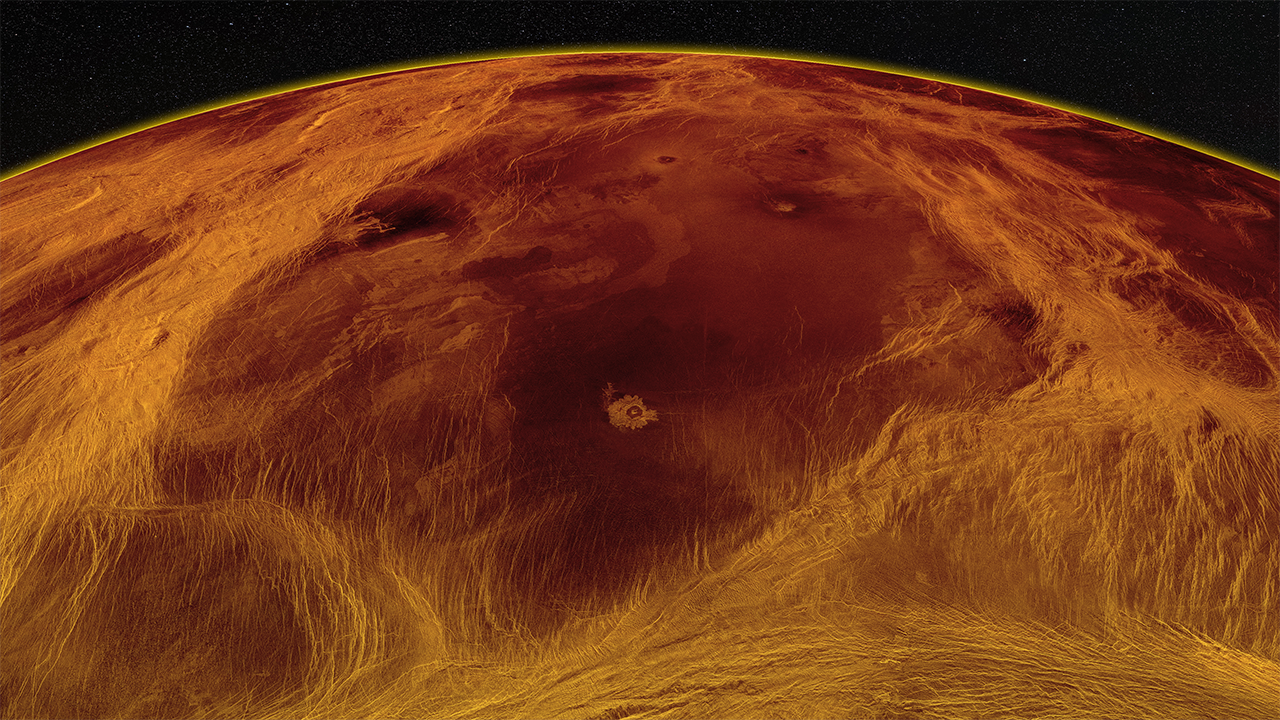 The surface of Venus may be shifting and changing with tectonic activity—which isn’t quite the same as having tectonic plates, according to a new study.

We’ve known that Venus has had some form of tectonic activity for a long time—since radar measurements taken in the 70s, according to Paul Byrne, a planetary geologist at North Carolina State University who led the study. Scientists have to rely on radar in this case because visible light gets blocked by Venus’ carbon dioxide atmosphere, which is 90 times the pressure of Earth’s.

Each one has a low-lying center plain, which they dubbed a “campus,” surrounded by rings of mountainous ridges which the team thinks formed from a kind of “jostling” action between the crustal blocks, says Byrne. One hitch, though, is that with the current data, they have no way to date the activity—so it could be ancient or as recent as a few years ago.

Fifty-eight is definitely a lowball figure, too, he says, but the team wanted to give a conservative estimate, knowing that future researchers will be able to categorize the regions that weren’t as obvious to find.

Seeing through the haze

It’s a mark of a “fundamentally transforming” piece of science when you put it on paper, but then everybody goes, “‘Oh, well, gosh, that was obvious,’” says Robert Herrick, a geophysicist at the University of Alaska at Fairbanks, who will work on NASA’s upcoming VERITAS Venus mission and was not involved in the study.

[Related: NASA is finally going back to Venus. Here’s what its twin missions hope to uncover.]

Though seemingly obvious in retrospect, scientists still know very little about the surface and subsurface of Venus. The last mission the US sent to the planet was the Magellan spacecraft, whose data Byrne’s team relied on. Magellan finished its mission and burned up in the dense Venusian atmosphere in 1994, but a new generation of spacecraft is in the works.

Having to rely on data more than 25 years old, Byrne says he could complain that it’s been too long since a Venus mission like Magellan. But just a few weeks ago, NASA announced two new missions to explore the sweltering planet, set to launch in 2028 and 2029, and the European Space Agency announced a third mission slated for launch in the early 2030s. Venus, it seems, is getting its moment to shine.

“One of the big questions is whether or not the planet is tectonically active today, or at least the geologically recent past,” Bryne says. “If we look at the moon, or Mars or Mercury, then they are what we call one-plate planets.” Across the whole surface, “it’s a fairly continuous shell,” unlike Earth’s separate tectonic plates. Another big question is how convection in the mantle—the upwelling of hot rock—is affecting the crustal blocks’ motion on Venus.

Even among geologists, the precise definition of plate tectonics is contentious. For Byrne and many others, plate tectonics means that some plates are actively sliding under others (subducting) and melting down or growing at fault lines. On Earth, when a denser oceanic plate meets a lighter continental plate, Byrne says, the ocean plate tends to go down.

But the blocks on Venus are closer in density and don’t usually slide over one another. Instead, the large chunks—the biggest of which are comparable in size to the area of Alaska—look like they’re jostling together, bumping and sliding against each other like pack ice in the Arctic Ocean.

So the crustal blocks on Venus are somewhere in the middle, between the full-on plate tectonics of Earth and the continuous shells of Mars and Mercury. On Earth, there are structures similar to the Venusian campi (that’s the astrogeological plural form of campus) in Eastern Europe, Asia, and Africa, Byrne says.

Finding the source of deformation on Venus

Much of the surface of Venus is covered in lava flows. The team noticed that the mountainous regions around campi have lava flows that appear cracked and severed—meaning the flows must have cooled first, before tectonic activity disrupted them. With the low-resolution data from Magellan, scientists have no way right now of telling how old the flows are, Byrne says.

After the Magellan mission, “it became very clear that there was lots of evidence for surface deformation on Venus,” Herrick says—that is, the mountain bands and fracturing of older lava flows—but without “an organized system of plate tectonics” either. This study won’t end the debate over Venus’ tectonic structure, but the team was able to “recognize that there was a bigger picture pattern,” Herrick says.

One topic the campi could help illuminate, though, is our own planet’s past. Earth and Venus are already similar sizes and made of similar materials. When Earth was younger, hotter, and had a thinner crust, it was probably geologically similar to modern-day Venus—with thinner jostling blocks instead of larger subducting ones. It’s possible, Byrne says, that Venus could be an analog for studying what things were like billions of years ago during Earth’s Archean period.