Why you’re more likely to cry on an airplane

Welcome to the Mile Cry Club. 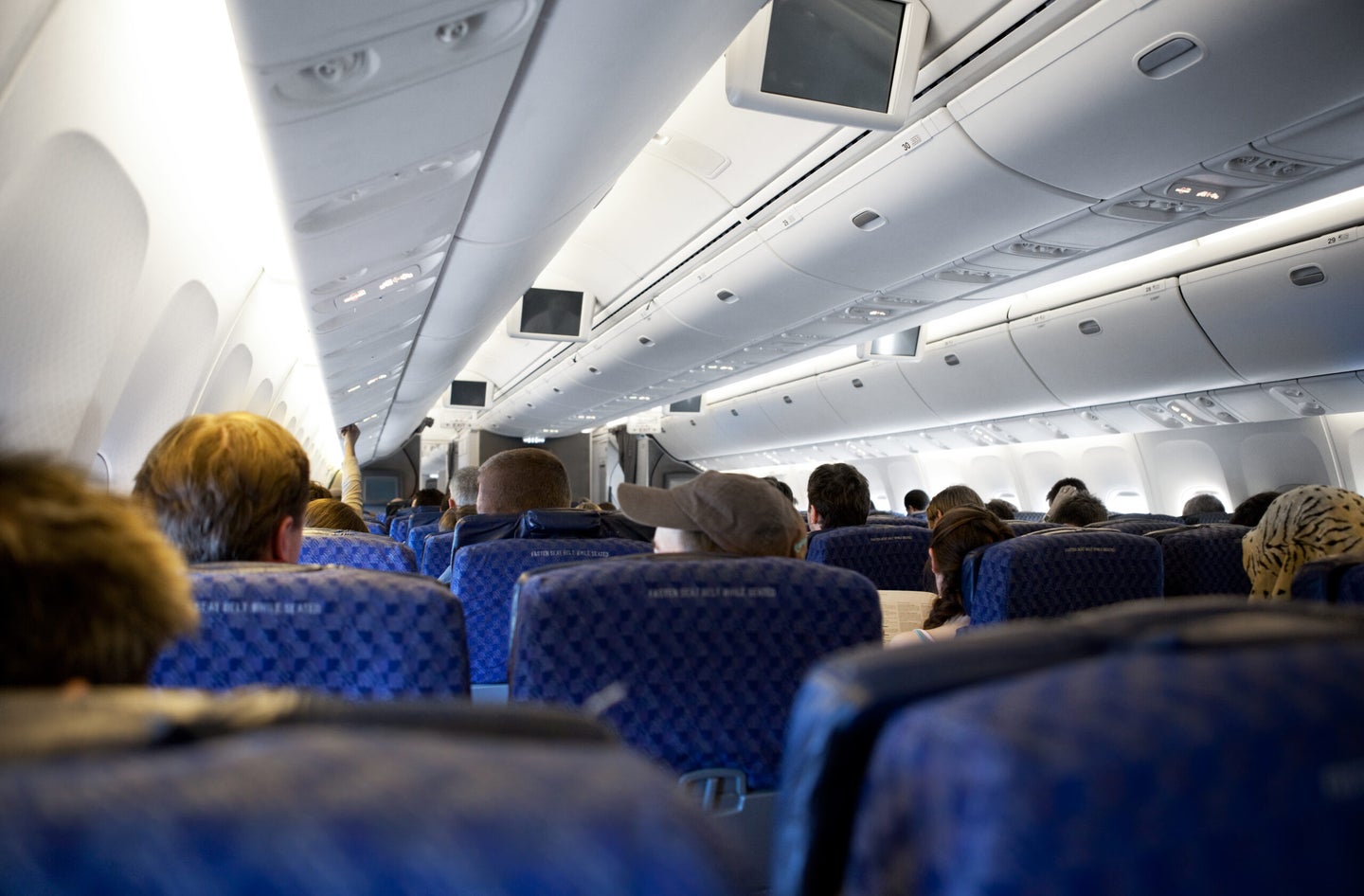 Most of us have become used to sitting for extended periods of time suspended in 60-ton metal machines. Aside from hearing the compulsory airplane safety warnings at takeoff, most people don’t think much about how flying impacts our bodies and minds. But some pretty weird stuff happens when we’re seven miles above sea level: Air pressure drops, our taste buds go partially numb, our skin dries out, and some of us cry. Actually, many of us do. Virgin Atlantic conducted a Facebook survey in 2011 that found 55 percent of respondents said their emotions were heightened on flights. In response, the airline introduced “weepy warnings” before particularly sad movies in-flight. But why do we weep once in the air?

While peer-reviewed studies on the science behind the “Mile Cry Club” are few and far between, scientists across fields from film to psychology to medicine have taken interest in the topic. And while they haven’t identified a definitive cause, researchers think it’s likely a combination of oxygen deprivation, dehydration, and stress.

As planes ascend to their cruising altitudes, air pressure drops–that’s why our ears pop–to levels equivalent to the outside air pressure you’d experience while hiking through the mountains in the Swiss Alps (6,000-8,000 feet above sea level). This resulting low cabin air pressure causes a reduction in the amount of oxygen carried in our blood, a condition called hypoxia. Hypoxia has a slew of potential symptoms, including fatigue, confusion, impaired decision-making, and notably, it wreaks with our ability to handle emotion.

On top of this, the air conditioning systems on airplanes dries the air until there’s 25 to 30 percent less humidity, causing dehydration (which explains why we get drunk more quickly inflight).

While mild hypoxia won’t impair a healthy person very much (a good thing, considering pilots operate under these conditions routinely), Jochen Hinkelbein, a Berlin-based medical researcher and president of the Society for Aerospace Medicine, says that hypoxia makes us more vulnerable to psychological and physical changes. He added that though he’s perfectly healthy, he often falls asleep during takeoff because of these dramatic pressure and humidity changes, which both can make you feel dizzy and tired.

These physiological changes may then lay the groundwork for our brains to start considering our uncomfortable surroundings. Though passengers may not be conscious of their emotional vulnerability, our brains are working overtime on airplanes due to claustrophobia, travel stress, and fatigue, according to clinical psychologist Jodi De Luca of Erie Colorado Counseling.

“We have little control over our environment while we are traveling by plane,” says De Luca, who studies the impact living in a high-altitude mountainous region has on mental health. All of these stressors trigger some people’s fight-or-flight response, she says.

This causes the body to produce more stress hormones called cortisol which influence our emotions by increasing our blood pressure and heart rate, making us less able to cope with them. Couple that with some oxygen deprivation, dehydration, and a corny movie, and it’s no wonder Virgin Atlantic reported that “41 percent of men surveyed said they hid under blankets to hide their tears.” It might also explain why toddlers, who are prone to temper tantrums anyway, are even more likely to fall into a deconstructive crying fit while on board a flight. Though, no studies have explicitly studied this connection.

Stephen Groening, a professor of Comparative Literature, Cinema, and Media at the University of Washington, has been studying this phenomenon in the context of in-flight entertainment for years. He says the content of films people report crying during doesn’t matter. Most recently, his friend told him that he wept watching Thor on a flight to Australia. He thinks another contributing factor is the environment travelers find themselves in. When we watch movies on the plane, we’re much closer to screens—and people—than we’re used to.

“It’s not so much about the content, it’s about being in a situation where you’re isolated, but at the same time you’re surrounded by strangers,” Groening says. “You have this physical closeness for an extended period of time that you don’t have in any other situation.”

While there’s no definitive mechanism scientists can point to just yet, most researchers surmise that it might just be a combination of all these factors that give us the weeps. This subconscious discomfort, combined with the physical changes Hinkelbein describes, likely explains why we cry on planes, explains Groening.

De Luca concurs: “Emotions govern our lives more than we know, and our environment influences our emotions more than we realize.”