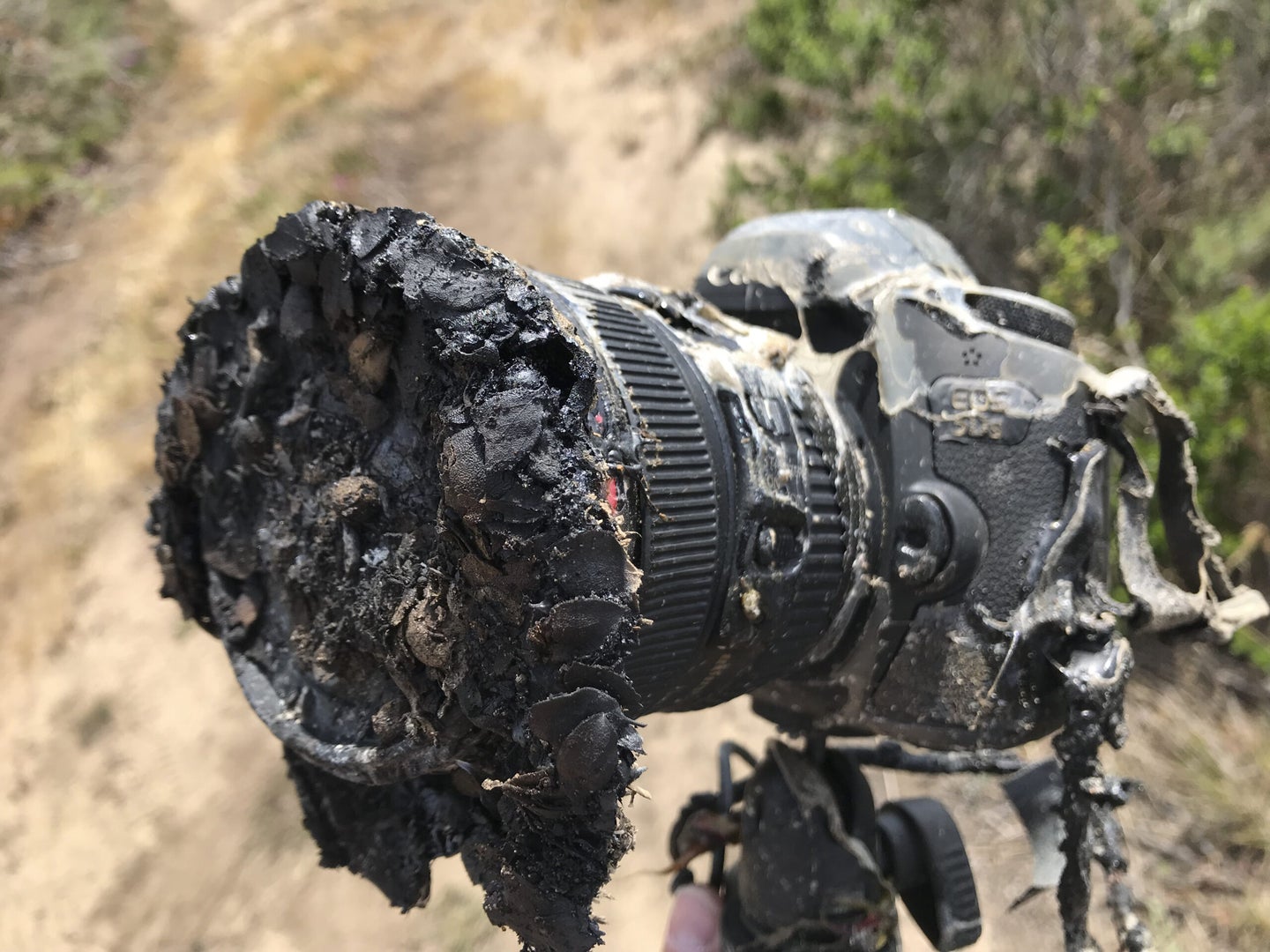 Bill Ingalls' camera after a brushfire ignited by a rocket launch destroyed it. NASA/Bill Ingalls
SHARE

Capturing stunning images of launches might not be rocket science, but it does take skill. Professional photographers don’t just point and shoot. They also set up some of their cameras far away from the actual launch site and take pictures remotely.

Bill Ingalls, a veteran NASA photographer, had set up six remote cameras to capture images of the May 22 launch of a SpaceX rocket carrying two spacecraft for the Gravity Recovery and Climate Experiment Follow-On (GRACE-FO) mission, a joint project between NASA and Germany.

Five of his cameras performed beautifully, capturing images like this:

“I had six remotes, two outside the launch pad safety perimeter and four inside,” Ingalls said in a NASA post . “Unfortunately, the launch started a grass fire that toasted one of the cameras outside the perimeter.”

Even though this camera was the furthest away, at a quarter mile from the launchpad, the fire ignited by the launch destroyed it swiftly, before firefighters could extinguish the blaze.

The camera was dutiful until the end, taking pictures until it melted. Luckily, the memory card inside was still safe, which meant Ingalls captured this incredible series of photos, from launch, to fire, to I’m melllllltiiiiiiing.

A Facebook post that Ingalls wrote about his camera’s destruction, along with accompanying pictures quickly went viral. But it’s not the first time that Ingalls has had a camera destroyed during a launch.

Back in 1995 he was in Kahzakstan photographing the launch of a Soyuz rocket (headed for the Mir space station). The launch kicked up rocks, one of which sheared off the side of his Hasselblad camera, sitting just 10 feet in front of him.

In nearly 30 years at NASA, Ingalls has photographed launches, landings, astronomical wonders, astronauts, and presidents. For his next adventure, he’s heading back to Kazakhstan on June 3, for the landing of crewmembers from the ISS. The melted camera, on the other hand, is probably headed to Washington, where it will go on display at NASA headquarters.