Glance through Cassini’s last glimpses of the Saturn system 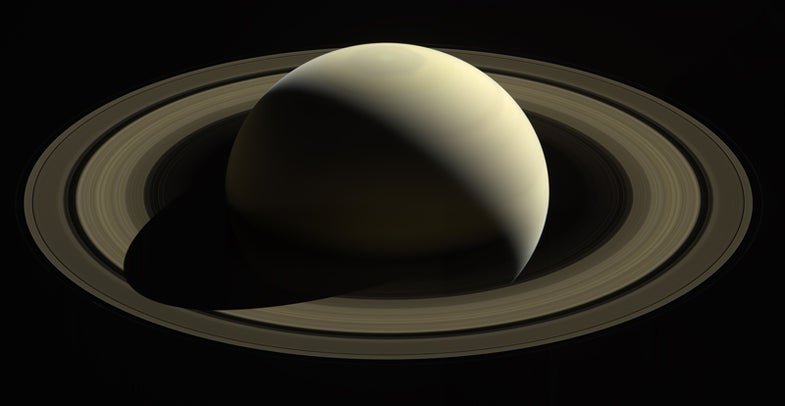 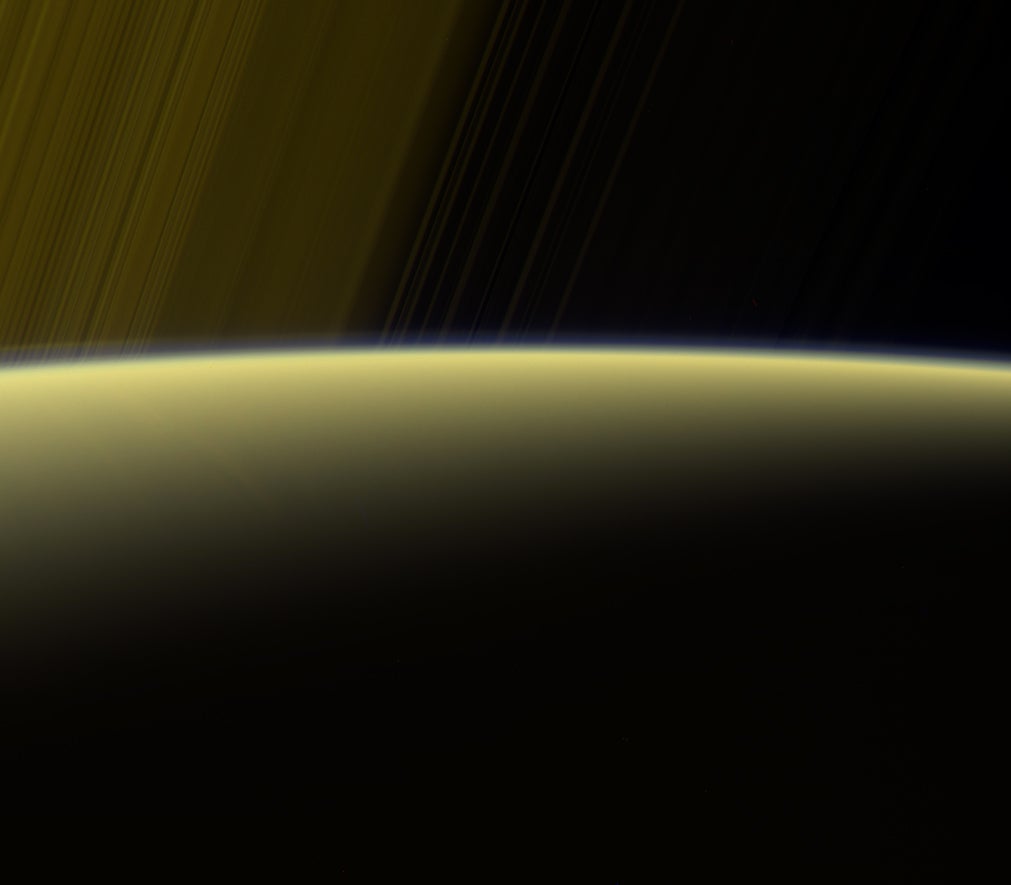 View between the rings

Cassini peeks between Saturn and its rings in July, 2017.

September 15, 2017: This post has been updated to include some of the last images ever taken by Cassini.

On September 14, Cassini’s cameras captured their final pictures. These last few snapshots made their way back to Earth, the last entries in what Linda Spilker—Cassini’s Project Scientist—referred to in a press conference as Cassini’s scrapbook.

That last image was of the point in the atmosphere where, 14 hours later, Cassini will disintegrated.

In addition to that last look, here are some other moments in the spacecraft’s long, drawn-out end. Cassini’s engineers knew for years that this was coming for years, and as Cassini slowly moved towards its Grand Finale, it snapped images of its experience—like pictures taken with distant friends just before you say farewell.

This view of Saturn’s North Pole was taken on April 26, 2017, the day that Cassini began maneuvering into place for its Grand Finale.

Cassini managed to get this shot of Saturn’s multi-colored clouds on one of its last dives through the rings on August 31, 2017.

In 2015, Cassini made its last approach to Saturn’s moon Dione, with its tall ice cliffs and deep chasms. Observations by Cassini suggest that this world may have an underground ocean.

Another moon that Cassini bid farewell to in 2015 was Hyperion, an irregularly shaped moon with incredibly low density. Cassini shifted away from the plane of Saturn where most of its moons orbit in 2015, moving itself into position for the final exploration of the planet— between its rings.

This 14 hour time lapse shows Enceladus and its iconic plume of water ice for the last time. It will be the last long look we get of this intriguing feature for years. Currently, there are no plans to revisit the Saturn system.

This image was described by NASA as “one of its last looks at Saturn and its main rings from a distance”. After that, the spacecraft circled closer and closer to the planet, a series of loops that will culminate in the final plunge on Friday.

Titan looks blurry in this unprocessed image, its methane lakes barely visible. But you’ll have to forgive Cassini. The image was taken on September 11, 2017 during its ‘Goodbye Kiss’ of the moon, the maneuver that propelled it towards its doom.

Tiny ripples in an outer layer of rings are stirred up in the wake of Daphnis, a moonlet large enough to create a wake. This image, taken on September 13, is one of the last of this small moon with a large footprint.

This wide-angle image of the rings of Saturn was taken during Cassini’s descent, when it was still 684,000 miles from Saturn.

As Cassini dove towards Saturn, Enceladus, one of the objects it studied for years, also set.

Stitched together from photos taken with visible light, this is a last wide-angle look at Saturn taken by Cassini on September 13, 2017.

This is the last image Cassini sent back to Earth, taken on September 14, 2017. It was taken at night, but light reflecting off the rings allowed this shot to be taken. See a version of this image in natural color here and take a peek at the infrared image in the tweet below, which highlights the exact spot where Cassini is believed to have become one with the planet.

The spot: an infrared image of the location where the spacecraft entered Saturn's atmosphere https://t.co/0tzUxxS2BW/ #Cassini pic.twitter.com/AXedtqKpBR