The treadmill works out your brain, too. 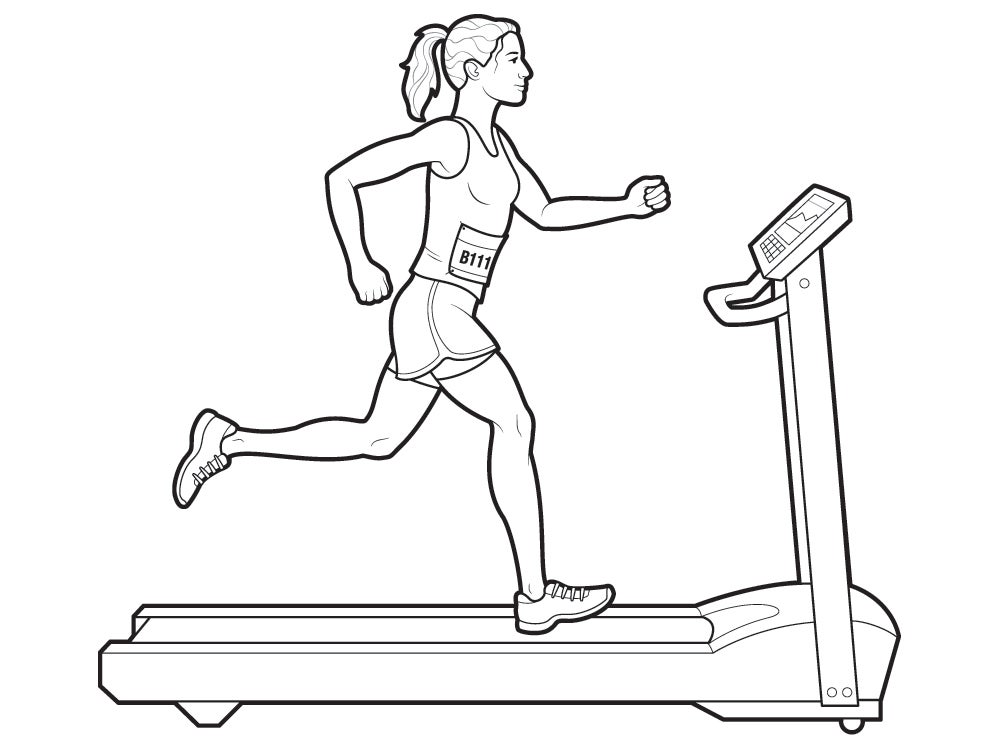 Back in the ’90s, Adar Pelah was studying vision at the University of Cambridge when he noticed something funny at the gym: For the first few minutes after stepping off a treadmill, he felt like he was moving much faster than he actually was. Pelah documented his observation in a 1996 paper.

Since then, studies have tested many so-called treadmill illusions, including this one: Run on the machine for at least 10 minutes, step off, then have a friend blindfold you. Try to walk in place, and you’ll run forward instead.

While you’re on the treadmill, your body is moving, but the world isn’t shifting past you like it does when you’re striding on solid ground. You end up with zero optic flow—the motion of the visual world as you move. Once you step off the machine, the universe moves with you again. With positive optic flow suddenly back, your brain vastly underestimates the speed at which your surrounding visual field should be moving, creating a feeling of acceleration, Pelah says. If blindfolded, you move forward while attempting to stay in place because your body still thinks that forward motion keeps you stationary. It takes a few minutes for things to recalibrate.

“It’s a multisensory illusion,” Pelah says. “You have to be controlling your muscles at the same time as you’re experiencing visual information.” Put people in a wheelchair after a workout, and they don’t notice anything strange if wheeled around. The documentation of the shift—and shift back—helped scientists realize the intimate interface that exists between the visual and motor systems.

If you frequent the treadmill often, your body becomes conditioned to the shift, and the effect will stop. So if you need an explanation for irregular gym attendance, wanting to experience the illusion is a creative excuse.