Physicists figured out a recipe to make titanium stardust on Earth

The essential ingredients are carbon atoms, titanium, and a good coating of graphite. 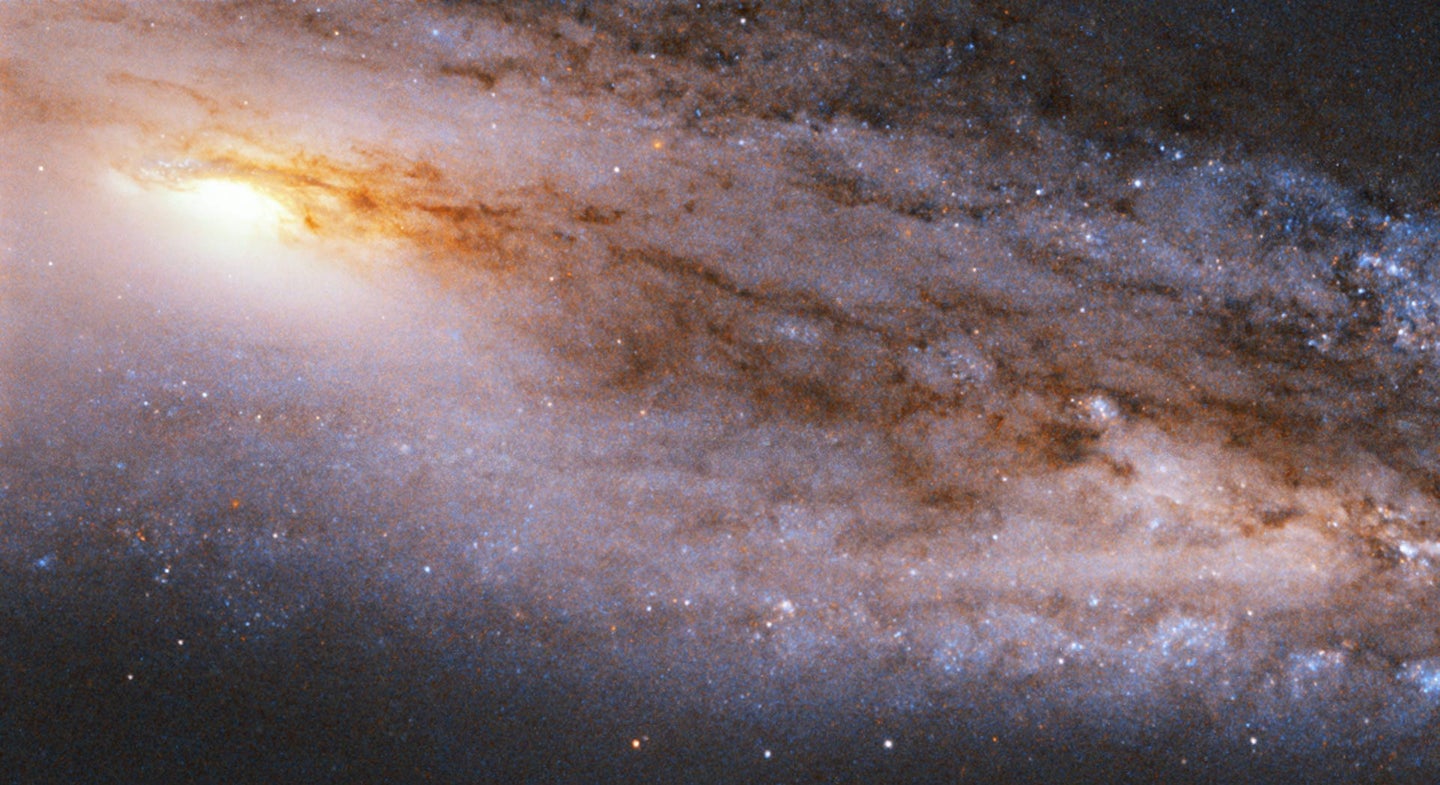 Long ago—before humans, before Earth, before even the sun—there was stardust.

In time, the young worlds of the solar system would eat up much of that dust as those bodies ballooned into the sun, planets, and moons we know today. But some of the dust survived, pristine, in its original form, locked in places like ancient meteorites.

Scientists call this presolar dust, since it formed before the sun. Some grains of presolar dust contain tiny bits of carbon, like diamond or graphite; others contain a host of other elements such as silicon or titanium. One form contains a curious and particularly hardy material called titanium carbide, used in machine tools on Earth.

Now, physicists and engineers think they have an idea of how those particular dust grains formed. In a study published today in the journal Science Advances, researchers believe they could use that knowledge to build better materials here on Earth.

These dust grains are extremely rare and extremely minuscule, often smaller than the width of a human hair. “They were present when the solar system formed, survived this process, and can now be found in primitive solar system materials,” such as meteorites, says Jens Barosch, an astrophysicist at the Carnegie Institution for Science in Washington, DC, who was not an author of the study.

The study authors peered into a unique kind of dust grain with a core of titanium carbide—titanium and carbon, combined into durable, ceramic-like material that’s nearly as hard as diamond—wrapped in a shell of graphite. Sometimes, tens or even hundreds of these carbon-coated cores clump together into larger grains.

But how did titanium carbide dust motes form in the first place? So far, scientists haven’t quite known for sure. Testing it on Earth is hard, because would-be dustbuilders have to deal with gravity—something that these grains didn’t have to contend with. But scientists can now go to a place where gravity is no object.

On June 24, 2019, a sounding rocket launched from Kiruna, a frigid Swedish town north of the Arctic circle. This rocket didn’t reach orbit. Like many rockets before and since, it streaked in an arc across the sky, peaking at an altitude of about 150 miles, before coming back down.

Still, that brief flight was enough for the rocket’s components to gain more than a taste of the microgravity that astronauts experience in orbit. One of those components was a contraption inside which scientists could incubate dust grains and record the process.

“Microgravity experiments are essential to understanding dust formation,” says Yuki Kimura, a physicist at Hokkaido University in Japan, and one of the paper’s authors.

Just over three hours after launch, including six and a half minutes of microgravity, the rocket landed about 46 miles away from its launch site. Kimura and his colleagues had the recovered dust grains sent back to Japan for analysis. From this shot and follow-up tests in an Earthbound lab, the group pieced together a recipe for a titanium carbide dust grain.

That recipe might look something like this: first, start with a core of carbon atoms, in graphite form; second, sprinkle the carbon core with titanium until the two sorts of atoms start to mix and create titanium carbide; third, fuse many of these cores together and drape them with graphite until you get a good-sized grain.

It’s interesting to get a glimpse of how such ancient things formed, but astronomers aren’t the only people who care. Kimura and his colleagues also believe that understanding the process could help engineers and builders craft better materials on Earth—because we already build particles not entirely unlike dust grains.

They’re called nanoparticles, and they’ve been around for decades. Scientists can insert them into polymers like plastic to strengthen them. Road-builders can use them to reinforce the asphalt under their feet. Doctors can even insert them into the human body to deliver drugs or help image hard-to-see body parts.

Typically, engineers craft nanoparticles by growing them within a liquid solution. “The large environmental impact of this method, such as liquid waste, has become an issue,” says Kimura. Stardust, then, could help reduce that waste.