A recently spotted glowing blue light above Europe is the latest in a series of exciting atmospheric storm observations. 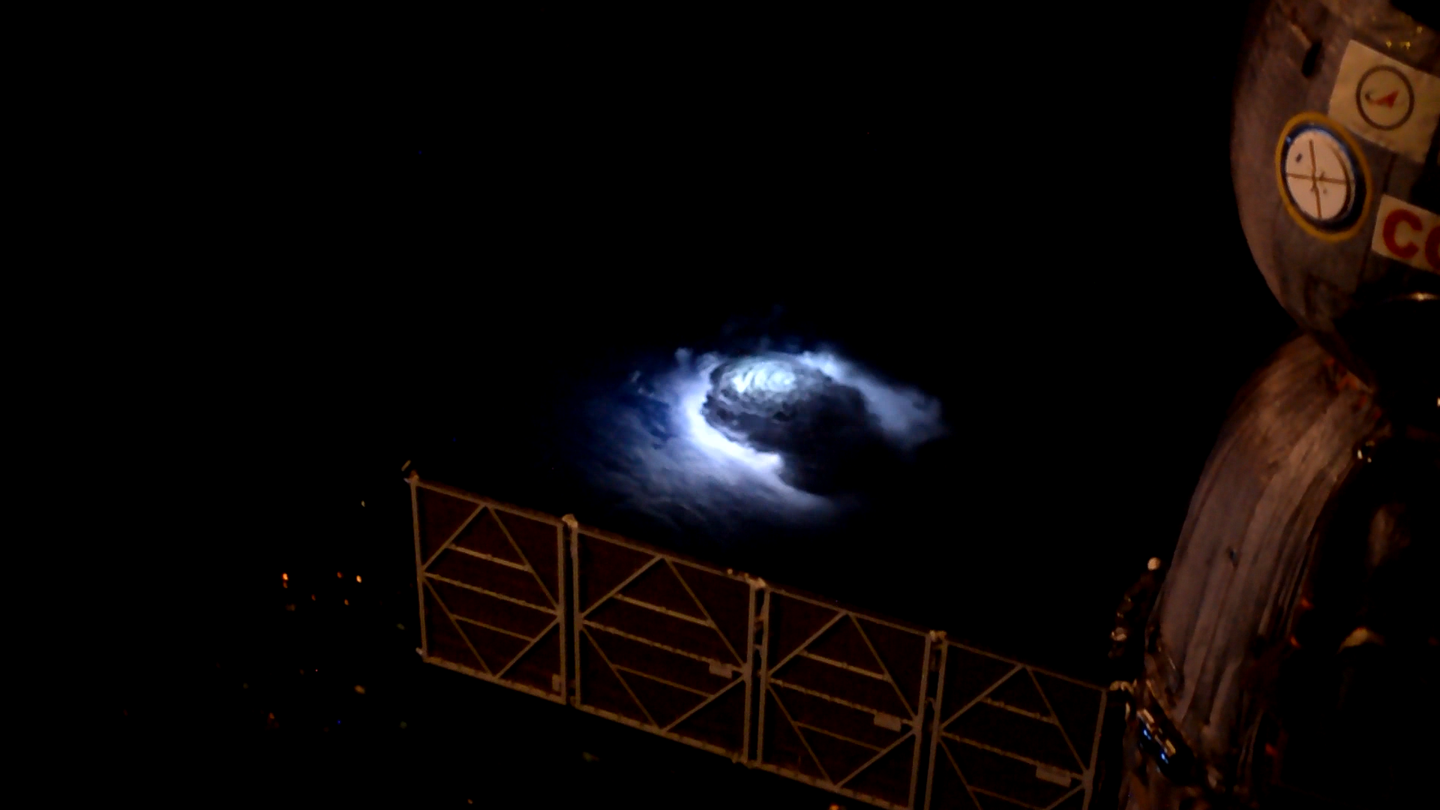 From their perch, astronauts on the International Space Station have a special vantage of the Earth. Sometimes that view reveals things impossible to observe from the ground.

In late September, astronauts Thomas Pesquet and Andreas Mogensen spotted a glowing blue light over Europe from up in the ISS. They recorded a timelapse and posted a frame of it on Flickr. Pesquet’s caption calls the light a “thunder strike with a ‘transient luminous event’ in the upper atmosphere,” and says this rare occurrence will be further observed by a facility outside Europe’s Columbus laboratory near Munich, Germany.

Spectacular light events in the upper atmosphere are of increasing interest, and astronauts and astronomers have gotten creative naming them. While this particular luminous event hasn’t been named, other  unique variations on storms include blue jets, red sprites, and elves. Blue jets are lightning bolts that zap upwards from thunderstorms into the stratosphere. Red SPRITEs (Stratospheric/mesospheric Perturbations Resulting from Intense Thunderstorm Electrification) are brief, soft flashes of color that emanate above an active thunderstorm. The glow can  appear in a variety of colors but are usually red and often resemble jellyfish, carrots, or columns. ELVES (Emission of Light and Very Low Frequency perturbations due to Electromagnetic Pulse Sources) are disk-shaped bursts of light that last just a thousandth of a second. Other fantastically named light phenomena include trolls, gnomes, and pixies.

[Related: Jupiter’s Great Red Spot is whirling faster than ever.]

In his caption, Pesquet adds that “just a few decades ago [this lightning] had been observed anecdotally by pilots and scientists [who] were not convinced they actually existed. Fast forward a few years and we can confirm elves, and sprites are very real and could be influencing our climate too!”

Now that scientists have empirically proven the existence of these strange but brilliant atmospheric light shows, the next steps are to study and understand the phenomena—a difficult task since they’re nearly impossible to see from Earth. Analysis like this relies on data captured from the International Space Station. One such research paper published in Nature early in 2021 documented the electromagnetic waves emitted while the lights flashed.

These new discoveries in the atmosphere are impressive, Astrid Orr, The European Space Agency’s Physical Sciences Coordinator for human and robotic spaceflight, said in a statement, and “shows that we still have so much to discover and learn about our Universe.”