What happens if you eat too many Tums?

If three work, the entire box will probably work even better, right? 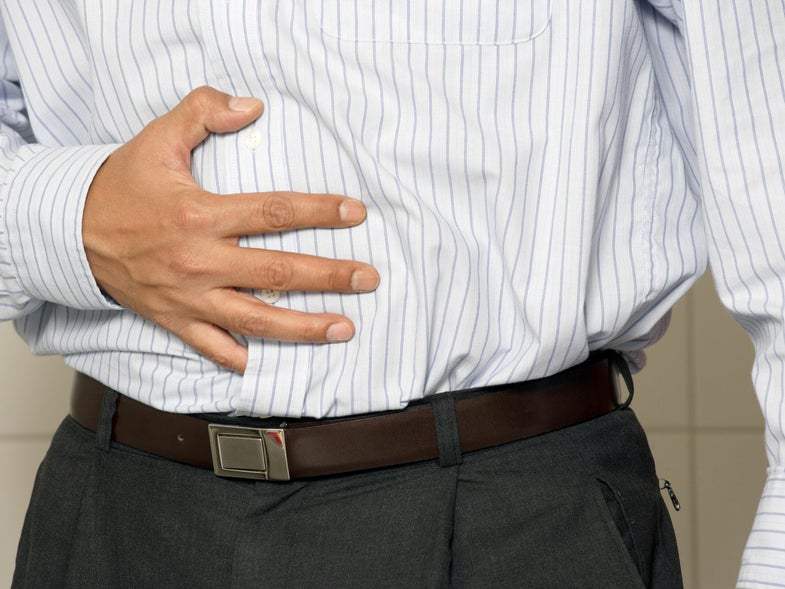 Food is an excellent way to celebrate life’s adventures. From weddings to birthdays, and backyard summer barbecues (when safe from a public health standing, of course), good cooking is at the center of so many celebrations. Still, in the presence of such abundant deliciousness, we humans tend to—on occasion—overdo it. That’s where good old Tums antacids come in.

Too much fatty, rich, or fried food can lead to that dreaded indigestion and heartburn that sidelines you from the merriment and keeps you up at night. Many people, in these situations, turn to Tums and other similar antacids to relieve their symptoms. The Tums label advises taking only a few in one sitting, not exceeding 7,500 milligrams, which depending on the dosage (it comes in 500, 750, and 1,000 mg doses) can range anywhere from 7 to 15 tablets.

But what if you have like really, really bad heartburn, and you want to just nip it in the bud? Can you just take the whole bottle? In other words, can you overdose on Tums?

While death by Tums overdose is exceedingly rare, downing a bottles’ worth of Tums is ill-advised.

But it’s also true that acid plays a key role in heartburn, caused by acid reflux. This condition occurs when the valve that covers the bottom of the esophagus (the tube of muscle that connects your mouth to your stomach) relaxes when it shouldn’t, allowing acid to flow back up the esophagus and cause that burning feeling in your chest.

Over time, this can lead to inflammation of the stomach lining, known as gastritis, as well as erosive sections, known as ulcers (though it’s far more common to get these two conditions via infection with a bacteria known as H. pylori).

All that—heartburn, acid reflux, gastritis, and ulcers—is painful. What do Tums do? The reason Tums work so well is because their main ingredient, calcium carbonate is basic and when exposed to the hydrochloric acid in your stomach, the carbonate group binds to the hydrogen. This gets rid of the free floating acid, but in the process frees up calcium ions, allowing them to be absorbed by the body.

That leads to the main potential downside to the question of how many Tums can I take: a decent amount of readily absorbable calcium. The mineral is vital to bone and overall good health, but too much can be toxic to the body, particularly the heart and kidneys.

We know about this link between calcium and health problems partially because it used to be quite a common syndrome. Back in the day, the only method we had to treat peptic ulcer disease (in which an ulcer forms in the stomach lining) was with a combination of milk and sodium bicarbonate, and then later calcium bicarbonate. It was not uncommon for this to lead to something doctors dubbed “milk-alkali syndrome,” which causes high blood calcium levels (hypercalcemia), which can cause irregular heartbeat, metabolic alkalosis (too basic of a pH in the blood), and acute kidney injury. Researchers think the kidney problems result from too much calcium and neutralizing agents building up in the kidneys, which prevents them from being able to filter these compounds out.

[Related: Is it safe to take expired medication?]

Once we invented newer drugs, like Pepcid, Nexium, and Prilosec, that block acid from being excreted into the stomach rather than neutralize it when it’s already there, the cases of milk-alkali syndrome plummeted.

However incidental case reports show that milk-alkali syndrome still pops up from time-to-time, and often it stems from taking far too much calcium carbonate, or Tums.

So how many Tums can you take and how often can you take Tums? According to one report on recent cases of milk-alkali syndrome, the question is almost impossible to answer for the general population. When calcium carbonate was used to treat peptic ulcers, doctors often gave patients 20 to 60 grams of the neutralizing agent per day, and they noted, on average, that up to 35 percent of patients developed toxic symptoms. Other case reports show that people who took just 4 to 12 grams a day (that’s even less than the recommended maximum for Tums) went on to develop the syndrome. That same case report of milk-alkali syndrome found instances of the syndrome in people taking calcium carbonate daily to supplement their calcium intake.

In the reports, doctors note that certain individuals are far more susceptible to this syndrome than others. Those with impaired kidney function are at a higher risk, but sometimes, they note, it’s not easy to tell who is most susceptible.

Because of the variability in the number of grams of calcium carbonate it takes to lead to certain conditions like milk-alkali syndrome, it’s impossible to say how many Tums are too many Tums. As such, erring on the side of caution is best, taking only the recommended amount, and only supplementing for extra calcium if recommended by a doctor, is best. And if you find yourself taking that recommended maximum on a frequent basis, it could be a good idea to see a doctor to discuss how to improve your digestive ailment.