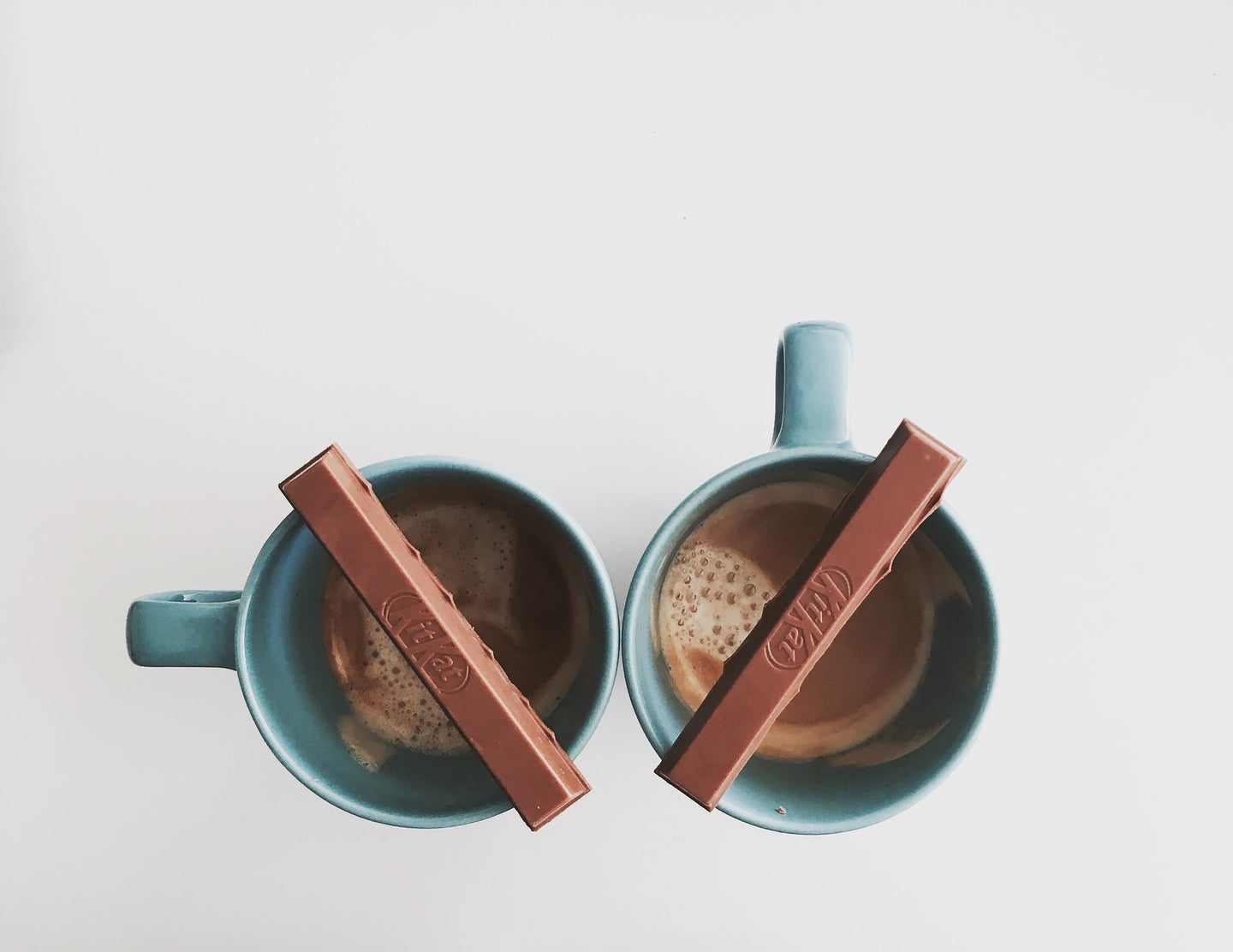 This candy scientist says her job is pretty sweet

Daniele Bwamba has a job at Hershey that most kids would kill for—designing new candy flavors.

MODERN CANDY AISLES contain a seemingly endless variety of classic and limited-edition flavor combinations to tempt your taste buds. Alongside fan-favorite concoctions (chocolate and peanut butter! cookies and cream!), sweets companies are shelling out off-the-wall offerings at a clip that feels like the result of a corporate sugar rush. Trend forecasters and market researchers tip off these bigwig confectioners with ideas for delectable new treats. But making a product is more complicated than just throwing some chili oil or BBQ seasoning into the production line.

Turning those delicious daydreams into sugary realities falls to food scientists like Daniele Bwamba. A candy researcher at The Hershey Company in Pennsylvania, the shop that supplies some 45 percent of the nation’s chocolate, she experiments with tastes and colors to craft new varieties, including delectables like Key Lime Pie Kit Kats, Apple Pie Kit Kats, and Salted Caramel Cookie Hershey’s Bars. “The possibilities are endless,” she says of her palette of chocolate pastes, inclusions (think chips, sprinkles, and cookies), and liquid taste notes developed by Hershey specialists (such as fruity flavors or essences of baked goods like doughnuts).

Bwamba—who has a lifelong sweet tooth—studied food science and nutrition at North Carolina A&T State University. A summer internship at Hershey led to a job after graduation and ultimately a career in creative confectionery.

Her lab works to implement ideas from the firm’s forecasters, but even seemingly promising mashups can fizzle. “How can I make it taste good in chocolate?” she asks herself. Some combos don’t play well with the cocoa paste that underpins each bar. Others fail because of unwanted reactions between flavors. Sometimes the finished product just tastes weird.

Feasibility also comes into play. Viscosity determines whether a product is too thin or gloopy to make its way through production nozzles, and additions like chips or broken-up cookies can make a treat too heavy or crumbly. Solubility counts too, says Bwamba: Since the star ingredient contains a fat-based cream, chocolatiers usually opt for oil-soluble tastes and colors. Watery chemicals can produce a “big, messy blob” that would muck up factory lines.

Another part of the equation is making flavors stick. A phenomenon called fat migration, for instance, causes essences to travel unevenly within the candy, changing the balance. Tweaking the ratio of filling to chocolate casing helps fix this. Water can migrate too. In a process called diffusion, which is largely seen in sweets with cookie or soft centers, moisture moves into intentionally dry areas, leading to cracks, mold, and other problems. Tinkering with temperature during production can make moisture stay put.

Given all those factors, it can take Bwamba and her colleagues years to perfect a new snack. But cracking the code is sweet indeed. Bwamba relishes those wins, such as when she figured out how to make a Kit Kat taste like the fruity milk at the bottom of a bowl of colorful cereal.

As they scan the horizon for potential hits, companies need to tap a range of influences. Bwamba relies on her own imagination to come up with unique combos. But representation, she points out, is also a key ingredient. She was part of a team of employees that pushed Hershey to sponsor a food science scholarship for students from historically black colleges and universities. “It’s up to companies to intentionally take steps to be inclusive and pursue diversity of thought and background,” she says, noting that diverse culinary roots can lead to ever more interesting confections.

Bwamba’s next flavor is a secret, but she’s been mulling over savory/sweet combos and considering Latino delights like churros and chilis. Tropical notes, dubbed one of 2021’s top confectionery trends by experts, might also be on the list. Either way, her love of her sugar-soaked job is impossible to keep under wraps. “It’s just as fun as you would imagine,” she says.