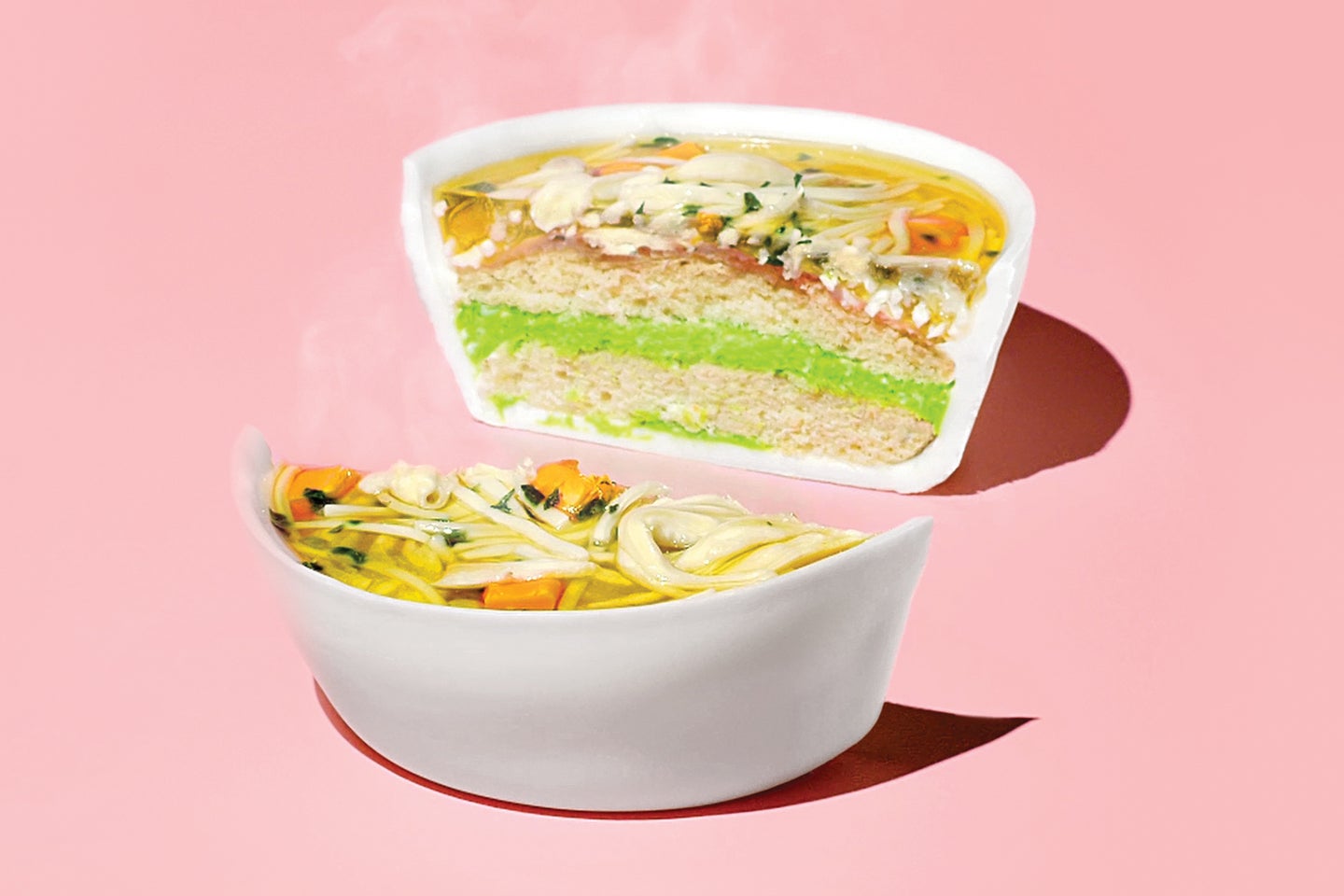 Photograph by The Voorhes, cake by Natalie Sideserf/Sideserf Cake Studio

PopSci’s winter issue is ready for you to devour

In this most-food-filled time of year, we’re delving into the science of what we like—and why we like it.

EVERY YEAR, when the PopSci staff gathers to brainstorm our issue themes, there’s one thing the entire crew can count on: One of the dozens of Post-its in my scrawl will bear the word crunch. I always bring it up because of the visceral feeling it evokes. Not only do you feel the snap of a perfectly fried chip, but you also taste it, see it, and hear it.

For some, just the word itself is enough to spark cravings for popcorn, gingersnaps, and fried chicken. But when we’re chowing down, crunch brings a sonic experience that we can’t get enough of. Food scientists suspect that we equate that signature bite with freshness (à la an apple plucked straight from the tree) or the caloric lifeblood that is fat—butter-laden cookies and crackers are snappy, after all.

So as it happens are Cheetos. Or, as the Chester Cheetah of my youth called them, “the cheese that goes crunch.” A report in The New York Times Magazine unwrapped Frito-Lay’s efforts to perfect the snack, including employing some 500 scientists to dial in a noisy bite and melt-away mouthfeel. If the former made you want the puffs, the latter made you want more. The orange tidbits break down quickly, which tricks your brain into thinking they’re light on calories. The phenomenon is known in junk-food circles as “vanishing caloric density.”

The point that my cheese-dusted fingertips are trying to make is that food companies are demonstrably ahead of the curve in parsing what we can’t get enough of. Taste is a tricky thing to nail down, especially when our collective appetites are very much a moving target. The key lies in understanding not just what we like but why we like it. How, if you’ll forgive the cliché, can we actually account for taste?

This issue seeks to answer that question. Jessica Wapner finds one answer at a French hospital, where wine alights neural pathways long left for dead. Jenni Avins sniffs out another by exploring the naturally occurring molecules flavoring the new era of cannabis-infused treats. And Matt Hongoltz-Hetling parses what it would take to aim the public’s collective taste buds at eating our way out of our invasive species predicament.

You could consider this our food issue, and in some respects we do too. But rather than fill our heads with visions of terraformed Martian farms and chemically ideal future nutrients, we thought it better to unwrap this fundamental facet of our relationship with what we put in our mouths. Deliciousness abounds, so dig in.

I’m a subscriber, and have accessed the digital edition already: Awesome! The Taste issue is ready for you to read in our IOS, Android, and desktop apps.