It orbits its mega-hot host star almost every three days. 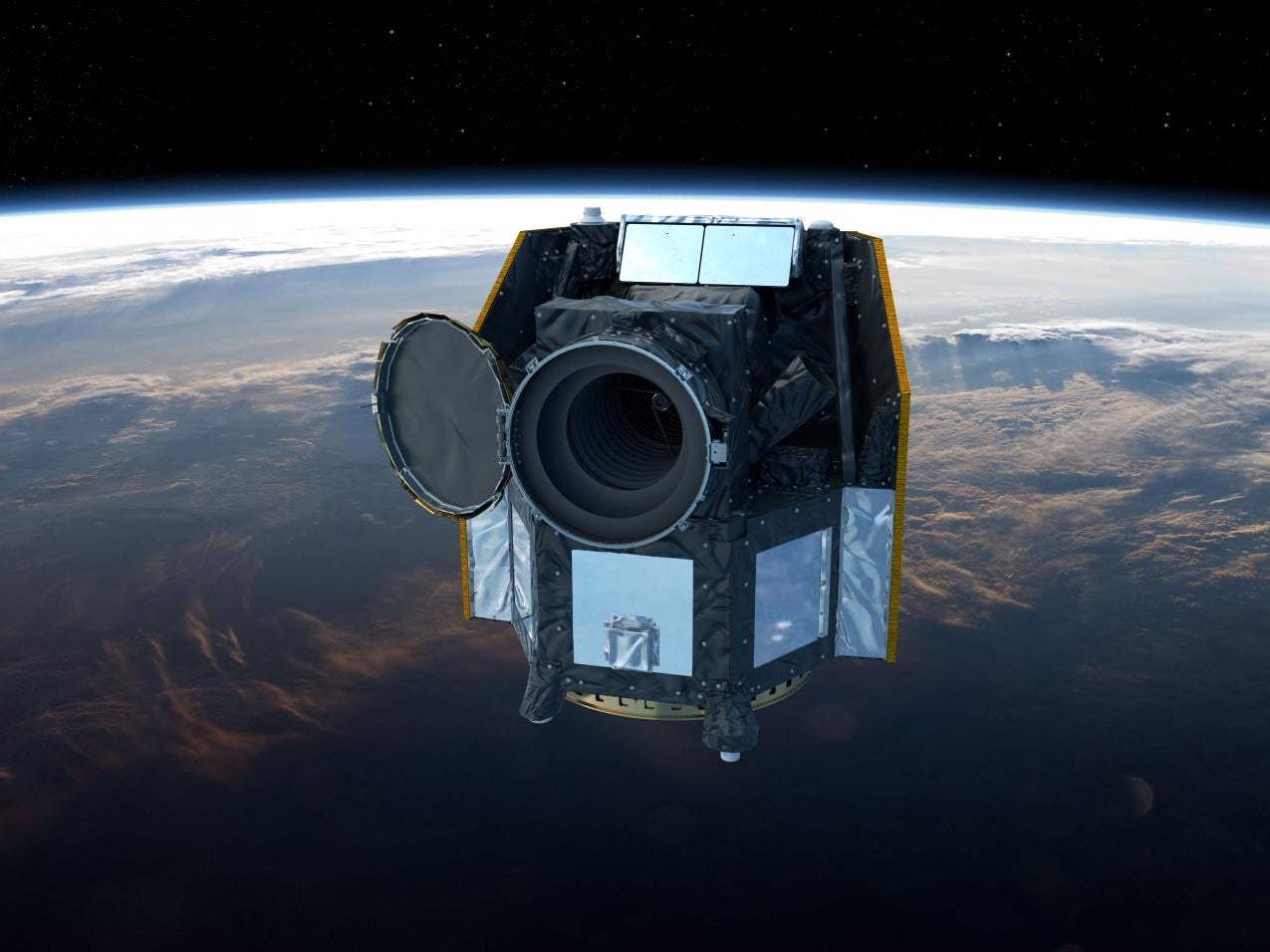 Some 322 light-years away in the constellation Libra lies one of the most extreme and hottest worlds discovered by astronomers so far. Launched into Earth orbit last December, the European Space Agency’s shiny new exoplanet-hunting satellite CHaracterising ExOPlanet Satellite (or CHEOPS) spotted exoplanet WASP-189b, a gas giant circling close to one of the hottest known stars with a planetary system.

WASP-189b, the first alien planet studied by CHEOPS, is a strange one: it can reach a toasty 5,792 degrees Fahrenheit, where even iron turns to gas, and it has a year that lasts a scant 2.7 days, orbiting sideways around an egg-shaped star. The details of this bizarre exoplanet were revealed in a study published Monday in the peer-reviewed journal Astronomy and Astrophysics.

“This object is one of the most extreme planets we know so far,” says Monika Lendl, lead author of the study from the University of Geneva. WASP-189b is a hot Jupiter planet, a gas giant similar to our own Solar System’s Jupiter, but with more extreme temperatures.

“We can’t see the planet itself, because it is too close to its bright host star,” Lendl says. But she knows it’s there based on how much the star dims when the behemoth passes in front of it. WASP-189b’s star is larger and a few thousand degrees hotter than our sun, making the star the star appear blue and not yellow-white.

To glean details about the system, Lendl and her team measured that tiny dip in starlight when the planet passes in front of its host star from our perspective. The team also observed the WASP-189 system during occultation—when a planet passes behind a star. “Comparing the system brightness before and during occultation allows us to measure how bright the planet itself is,” Lendl adds. Lendl and her team also saw that the planet’s host star itself was a doozy. It’s not perfectly round, but larger and cooler at its equator than at the poles, making the poles of the star appear brighter. Apparently, the star is spinning so fast it’s being pulled outward at its middle.

The discovery was in 2018 during the UK-led Wide Angle Search for Planets or WASP survey—hence the planet’s name. CHEOPS’ job is not to find exoplanets, but to find out more about exoplanets discovered by other exoplanet-hunting missions like Kepler and TESS with higher quality observations. “This was precisely the mission that CHEOPS had in mind: following up on known discoveries to better characterize those discoveries,” says Jason Steffen, a member of NASA’s Kepler Team who was not involved in the research. “On the whole, it is a great paper that really showcases the capabilities of this satellite.”

To date, researchers have discovered more than 4,000 exoplanets. And on top of that, there are at least as many starlight dips that, under further observation, could turn out to be exoplanets. The hope is that studying extreme systems like WASP-189b will help scientists understand other worlds and provide insights on how unique the Solar System and our Earth are. “We will of course continue exploring a range of planetary systems, and a few more results will soon become public,” Lendl says.