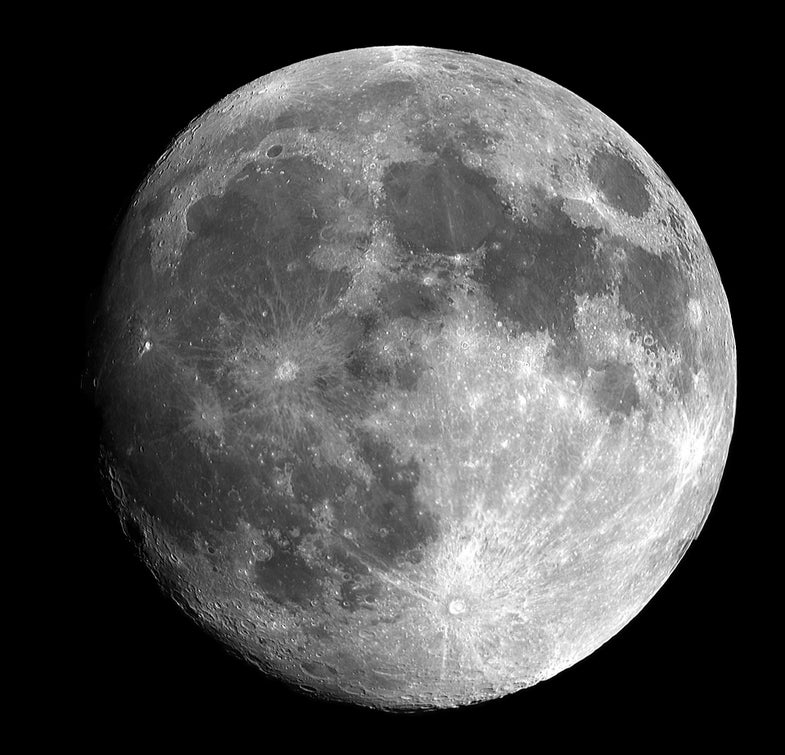 If you can send a spacecraft to the moon and loop around our natural satellite one time, or—even better—gently set a rover down on the lunar surface, there could be money in it for you. $4.75 million, to be precise.

That is, if you happen to be one of the select few finalist teams competing for the Google Lunar XPrize. The awarding organizations—Xprize and Google—have decided to split two prize amounts between whatever teams manage to achieve two distinct feats:

$1.75 million is up for grabs as part of the Lunar Arrival Milestone Prize. To get a slice of that pie, a “spacecraft must complete one orbit around the moon or enter a direct descent approach to the lunar surface,” according to press materials supplied by XPrize.

A larger chunk—three million dollars—will be split between spacecraft that win the Soft Landing Milestone Prize. To win that, the awarding foundation says that a “spacecraft must transmit data proving it soft-landed on the lunar surface.”

Both of those achievements must be met before March 31, 2018, which is also the new deadline by which teams must complete their attempt at the $30 million Grand Prize. The Grand Prize goes to the first team that manages to put a robot on the moon, explore for 500 meters, and send high-def images and video back to Earth. There will also be a smaller prize for the second team to meet those goals. The catch? The teams need to be 90 percent privately funded.

Robotic exploration of our solar system has long been the purview of national space agencies, which spend millions, and sometimes billions of dollars on developing new technologies. The Curiosity Rover, for example, cost about $2.6 billion (not a lot when you consider the length of the mission, but still pretty expensive). This competition is an attempt to find cheaper ways of exploring the space around us. Previous privately funded missions, like 4M back in 2014, have been relatively simple in design—and none have landed on the lunar surface.

Five teams so far have secured contracts to launch their spacecraft; SpaceIL, Moon Express, Synergy Moon, TeamIndus, and HAKUTO. They all have official plans to launch something by the end of 2017, which is going to make for an exciting next few months in space news, but they now have a few extra months to complete their mission.

It’s a sweet prize, but getting a share of the money won’t be easy. After all, it actually is rocket science.