A sophisticated experiment buried under Antarctica is tracing neutrinos to their extraterrestrial origin. 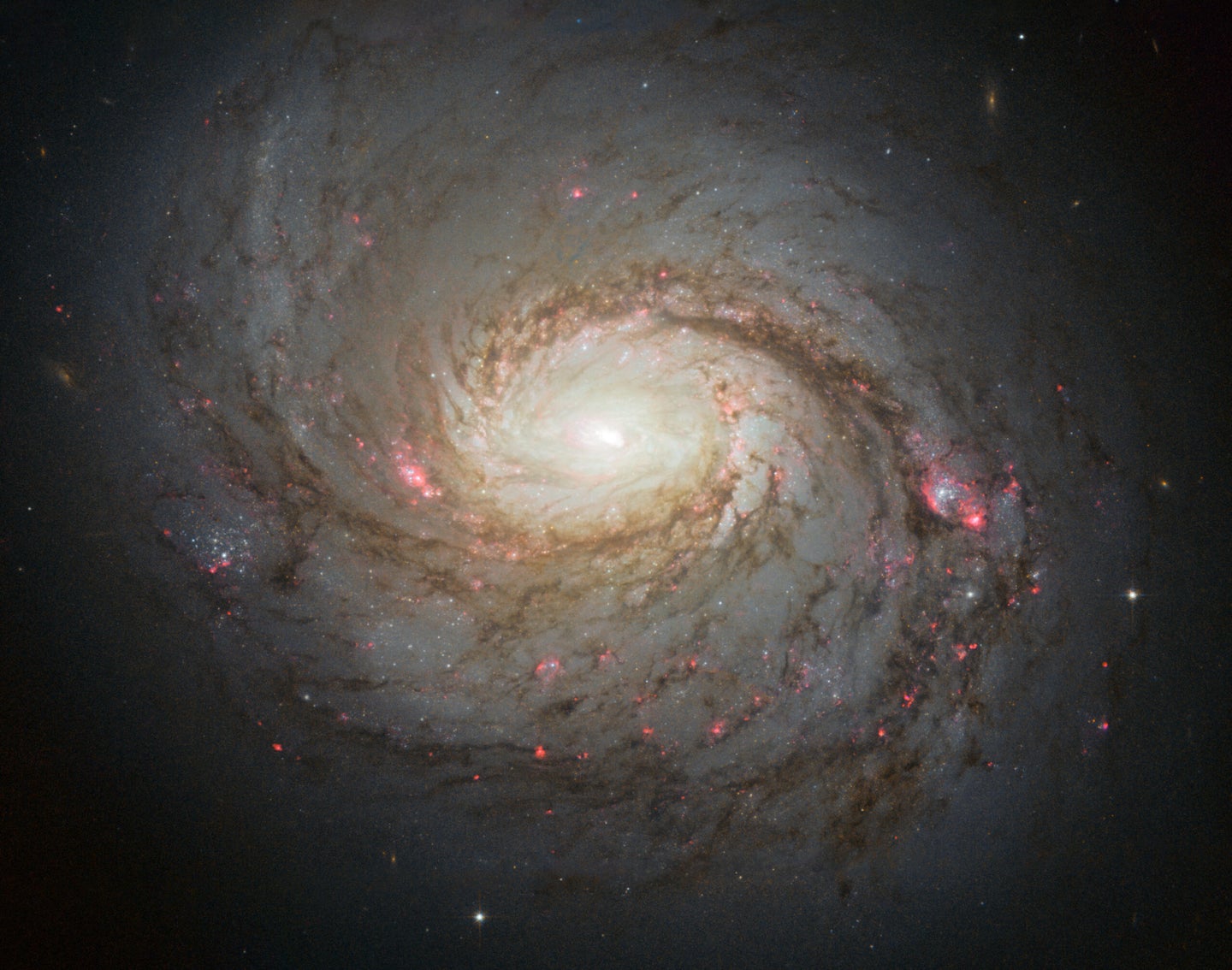 The center of the galaxy NGC 1068 (also known as Messier 77) where neutrinos may originate, as captured by the Hubble Space Telescope. NASA, ESA & A. van der Hoeven
SHARE

Deep under the South Pole sits an icebound forest of wiring called IceCube. It’s no cube: IceCube is a hexagonal formation of kilometer-deep holes in the ice, drilled with hot water and filled with electronics. Its purpose is to pick up flickers of neutrinos—ghostly little particles that often come from space and phase through Earth with hardly a trace.

Four years ago, IceCube helped scientists find their first hint of a neutrino source outside our solar system. Now, for the second time, IceCube scientists have pinpointed a fountain of far-traveler neutrinos, originating from NGC 1068, a galaxy about 47 million light-years away.

Their results, published in the journal Science on November 3, need further confirmation. But if these observations are correct, they’re a key step in helping astronomers understand where in the universe those neutrinos originate. And, curiously, NGC 1068 is very different from IceCube’s first suspect.

Neutrinos are little phantoms. By some estimates, 100 trillion pass through your body every single second—and virtually none of them interact with your body’s atoms. Unlike charged particles such as protons and electrons, neutrinos are immune to the pulling and pushing of electromagnetism. Neutrinos have so little mass that, for many years, physicists thought they had no mass at all.

Most neutrinos that we see from space spew out from the sun. But scientists are especially interested in the even more elusive breed of neutrinos that come from outside the solar system. For astronomers, IceCube represents a wish: If researchers can observe far-flung neutrinos, they can use them to see through gas and dust clouds, which light typically doesn’t pass through.

[Related: We may finally know where the ‘ghost particles’ that surround us come from]

IceCube’s mission is to find those neutrinos, which reach Earth with far more energy than any solar neutrino. Although it’s at the south pole, IceCube actually focuses on neutrinos striking the northern hemisphere. IceCube’s detectors try to discern the direction a neutrino is traveling. If IceCube detects particles pointing downwards, scientists struggle to discern them from the raging static of cosmic radiation that constantly batters Earth’s atmosphere. If IceCube detects particles pointing upwards, on the other hand, scientists know that they’ve come from the north, having passed through the bulk of our planet before striking icebound detectors.

“We discovered neutrinos reaching us from the cosmos in 2013,” says Francis Halzen, a physicist at the University of Wisconsin-Madison and part of the IceCube collaboration who authored the paper, “which raised the question of where they originate.”

Finding neutrinos is already hard; finding where they come from is orders of magnitude harder. Identifying a neutrino origin involves painstaking data analysis that can take years to complete.

Crucially, this isn’t IceCube’s first identification. In 2018, scientists comparing IceCube data to observations from traditional telescopes pinpointed one possible neutrino source, more than 5 billion light years away: TXS 0506+56. TXS 0506+56 is an example of what astronomers call a blazar: a distant, high-energy galaxy with a central black hole that spews out a jet directly in Earth’s direction. It’s loud, bright, and the exact sort of object that astronomers thought created neutrinos.

But not everybody was convinced they had the whole picture.

“The interpretation has been under debate,” says Kohta Murase, a physicist at Pennsylvania State University, who wasn’t an author of the new paper. “Many researchers think that other source classes are necessary to explain the origin of high-energy neutrinos coming from different directions over the sky.”

So IceCube scientists got to work. They combed through nine years’ worth of IceCube observations, from 2011 to 2020. Since blazars such as TXS 0506+56 tend to spew out torrents of gamma rays, the researchers tried to match the neutrinos with known gamma-ray sources.

[Related: This ghostly particle may be why dark matter keeps eluding us]

That black hole produces a torrent of what astrophysicists call cosmic rays. Despite their name (the scientists who first discovered them thought they were rays), cosmic rays are actually ultra-energized protons and atomic nuclei hurtling through the universe at nearly the speed of light.

But, unlike its counterpart at the center of the Milky Way, NGC 1068’s black hole is shrouded behind a thick veil of gas and dust, which blocks many of the gamma rays that would otherwise emerge. That, astronomers say, complicates the old picture of where neutrinos came from. “This is the key issue,” says Halzen. “The sources we detect are not seen in high energy gamma rays.”

As cosmic rays crash into that veil, they cause a cascade of nuclear reactions that spew out neutrinos. (In fact, cosmic rays do the same when they strike Earth’s atmosphere). One reason why the NGC 1068 discovery is so exciting, then, is that the ensuing neutrinos might give astronomers clues about those cosmic rays.

It’s not final proof; there’s not enough data quite yet to be certain. That will take more observations, more years of painstaking data analysis. Even so, Murase says, other astronomers might search the sky for galaxies like NGC 1068, galaxies whose central black holes are occluded.

Meanwhile, other astronomers believe that there are even more places high-energy neutrinos could flow from. If a star passes too close to a supermassive black hole, for instance, the black hole’s gravity might rip the star apart and unleash neutrinos in the process. As astronomers prepare to look for neutrinos, they’ll want to look for new, more diverse points in the sky, too.

They’ll soon have more than just IceCube to work with. Astronomers are laying the groundwork—or seawork—for additional high-sensitivity neutrino detectors: one at the bottom of Siberia’s Lake Baikal and another on the Mediterranean Sea floor. Soon, those may join the hunt for distant, far-traveler neutrinos.