Your DNA probably didn’t make you do it 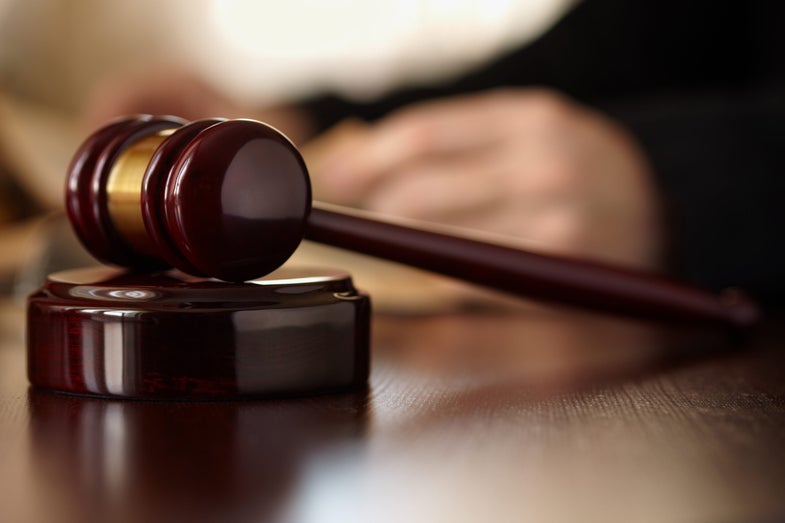 In March, an episode of Law & Order SVU dove into murky scientific waters when it introduced a character claiming to have a gene that made him commit sexual assault. The story was never clear on what specific gene had supposedly doomed the defendant to such a life. But claiming to have DNA that predisposes one to commit a crime is decidedly non-fictional.

For example, one of the most famous “criminal” genes—the gene for the molecule MAOA—has been linked to antisocial and criminal behavior. In 2009, a convicted murderer received a shorter sentence because of the gene.

But tying a single gene to a particular behavior is complicated. MAOA’s criminal connection is controversial—it’s usually discussed carefully, with scientists clarifying that a gene alone is not going to make someone violent or amoral. Social and environmental factors also play a role; not everyone with a particular genetic mutation will commit a crime; and not every criminal has a particular gene mutation. But lawyers, looking for ways to defend clients, can use genetic research to claim that a defendant had a genetic predisposition for certain criminal acts, and shouldn’t be considered as responsible as the rest of the population would be.

“My sense is that geneticists are doing basic science to advance our understanding of human nature, and that attorneys who are aware of this stuff and who are very clever will come up with ways and try and morph that into a legal argument,” says Nicholas Scurich, a professor of psychology and social behavior, and criminology, law and society at the University of California at Irvine.

But that doesn’t mean the arguments work. Along with Paul Appelbaum, professor of psychiatry, medicine and law at Columbia University, Scurich has spent the last few years trying to understand the effect this type of evidence actually has on court proceedings. In a commentary published Monday in the journal Nature Human Behaviour, they talked about their research and what it means for the future of genetics in the justice system.

“Our general finding is that it doesn’t seem to have any effect one way or another,” Scurich says. People who serve on juries don’t have more sympathy or give a lighter sentence based on claims of bad genetics. And sometimes, introducing genetic evidence can even make things worse for a defendant: juries might think that someone who has a particular gene connected to violence might be more likely to act out again in the future.

But it’s unlikely that lawyers will stop using genetics in the courtroom anytime soon. Defense attorneys jump on anything they can find to help a client, says Christopher Slobogin, a professor of law and psychiatry at Vanderbilt University. Research showing that this type of evidence is usually ineffective won’t change that. “I don’t think it should and i don’t think it will,” he says. Particularly in serious cases, says Slobogin, lawyers will throw out any and all possible information.

Scurich agreed. “Attorneys would not be too dissuaded by our studies. Even if it’s a one in 100 chance this would have some persuasive power, it’s worth it,” he says.

Genetic information, though, wouldn’t typically be used in a standard courtroom proceeding. Instead, it’s likely to be used in a sentencing hearing, after the defendant is found guilty, to try and argue for a smaller punishment. It might also be used to try and give additional weight to an argument that a defendant is mentally ill, and cannot be held responsible for their crimes. “It’s not going to be relevant in the run-of-the mill case,” Scurich says.

While research on genetics and behavior is important, and use of genetics in the courtroom is interesting, Scurich doesn’t think new scientific findings are going to revolutionize the approach to criminal justice quite yet. This isn’t the type of evidence that sways judges and juries, and for legal scholars, too much is still up in the air. “Whether or not it ought to be the case, it doesn’t seem that people think that this is the type of evidence that is convincing.”