Do something sweet for Earth—ditch balloons this Valentine’s Day

They're not worth the risk to wildlife and the power grid. 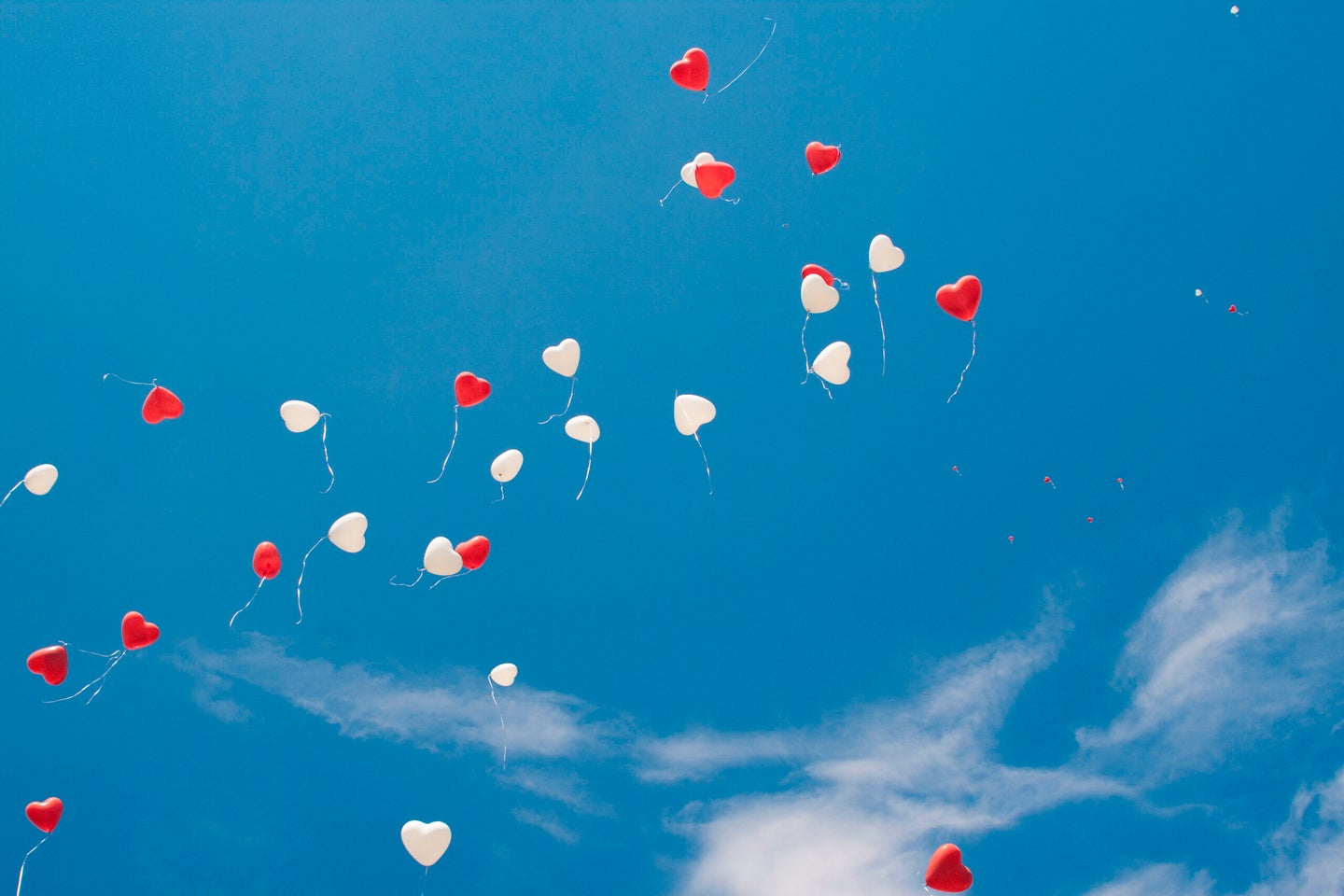 Balloon releases can be hazardous to wildlife and cause power outages.
SHARE

Valentine’s Day is right around the corner, and you might be brainstorming what to get your loved one. But if you find yourself browsing the aisles for a last-minute gift, please skip the shiny plastic balloons.

Balloons are often made of rubber, latex, or nylon which either biodegrade very slowly or not at all. Balloons can wreak havoc on ecosystems and your local electrical grid if not disposed of correctly by puncturing them and putting them in the garbage. Balloons can be ingested by wildlife and those shiny, metallic mylar balloons can float into power lines causing outages and fires.

Because of these effects, environmentalists have long asked groups like  Indianapolis 500 to end traditions of intentionally releasing thousands of balloons before races. In November, the Cleveland, Ohio city council recently banned intentional releases of 10 or more balloons, and violators are subject to a $150 fine.

Marine wildlife, like albatrosses and petrels, can mistake balloons for food, leading to lack of nutrition, internal injury, starvation, and even death, according to the National Oceanic and Atmospheric Administration (NOAA) Marine Debris Program. Balloon strings can be just as hazardous, sometimes leading to suffocation if an unfortunate creature is wrapped up in one.

A 2019 study in the journal Scientific Reports found that balloons were the most dangerous form of marine debris for seabirds who often mistake them for squid. The researchers autopsied 1733 seabirds across Australia and New Zealand and found that 18.5 percent of them died from consuming balloons or balloon fragments. Additionally, the researchers found that consuming a balloon or balloon fragment is 32 times deadlier than ingesting a hard plastic fragment.

[Related: Host a sustainable affair with these environmentally-friendly tips.]

But balloons can be a dangerous headache for humans too. Mylar balloons, prized for their shiny metallic coating, can cause outages and fires if they float into power lines. In April, nearly 6000 residents of Santa Cruz, California lost power for about an hour due to a Mylar balloon colliding with a power line.

If power lines come in contact with the metallic coating, or any type of metal, it can cause the circuit to short and the power to go out for hours at a time. The damage can vary if it’s just one balloon or a whole bouquet, sometimes resulting in melted wires or fires. It’s the same phenomenon as sticking a metal fork into a power socket or toaster, Toscarelli says. The metal coating is less porous than a latex balloon—meaning the floating threat bounces throughout the air for up to days at a time.

“The coating on it is very resilient, so it tends to hold the helium gas much longer and stay inflated much longer,” Toscarelli says, which means they are more likely to run into a power line and cause damage.

If you absolutely must buy Mylar balloons, Toscarelli advises practicing “responsible balloon ownership.” Do not intentionally release them, weigh/tie them down, and puncture them several times before disposing of them in the trash.

But to avoid causing a power outage in your neighborhood or hurting an albatross, maybe just stick to the chocolates and flowers this Valentine’s Day.