Mosquitoes are becoming resistant to our best defenses

Insecticide resistance is dampening our progress against malaria 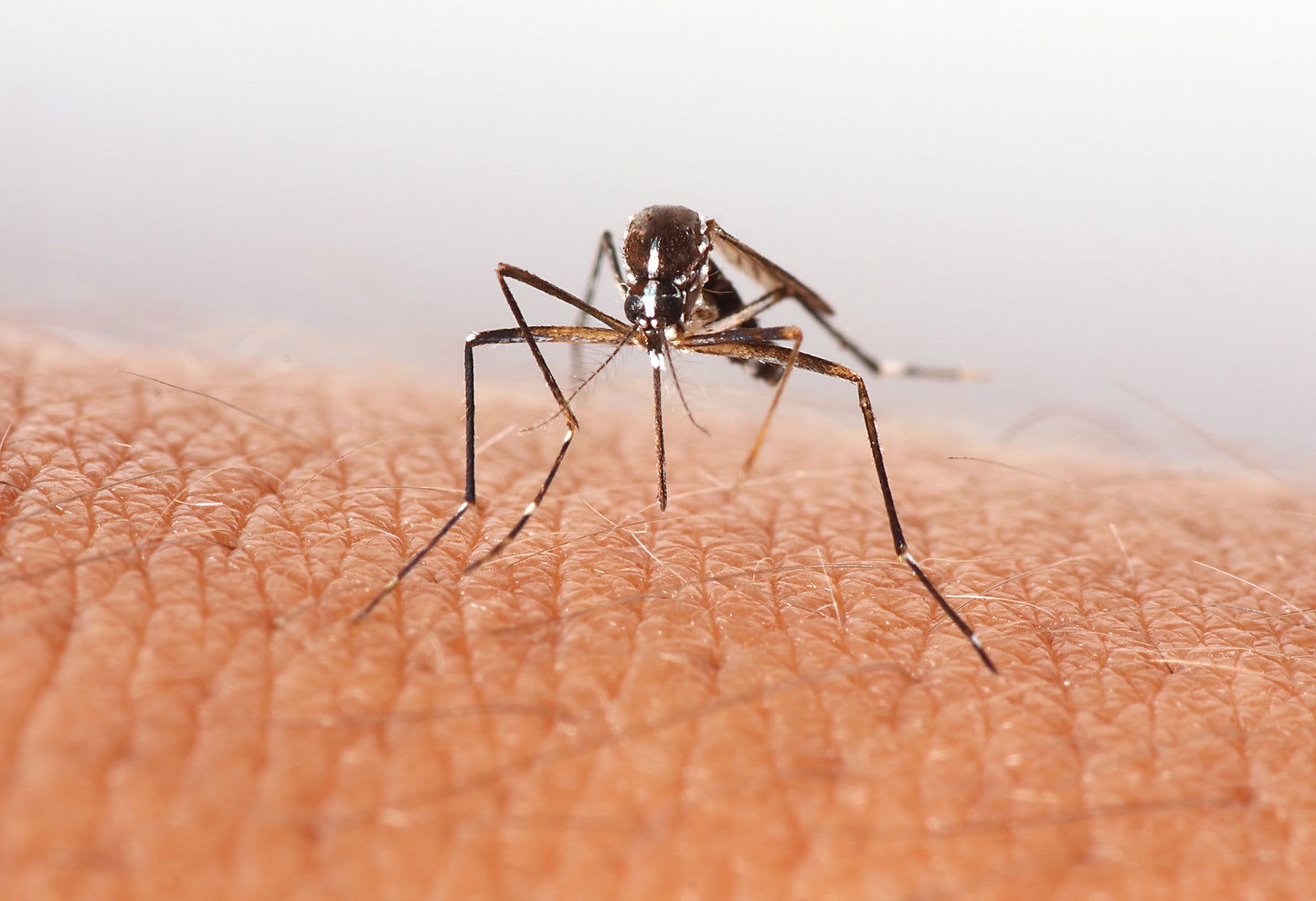 Mosquitoes are evolving to evade our protections against them. deposit photos
SHARE

Malaria is serious business. This disease, which is transmitted by infected mosquitoes, kills hundreds of thousands of people each year and infects millions, mostly in sub-Saharan Africa. Since the turn of the 21st century, advances in disease control have cut the global rate of infection by more than 60 percent. Long-lasting insecticide nets (LLINs), which form a physical barrier around a person’s bed with the added protection of a chemical coating, have been particularly effective. But a recent trial in Uganda reminds us that mosquitoes are quick to adapt.

The trial is the first to be conducted alongside a national bed net distribution campaign, says study author Martin Donnelly, a mosquito expert at the Liverpool School of Tropical Medicine. The randomized study covered almost half of Uganda’s geographical space, he says, observing the distribution of 15 million LLINs handed out by the Ugandan ministry of health. Donnelly and his colleagues have been working with the resulting data for a while, and have already published several papers—but the latest is the first to focus on insecticide resistance, which happens when insects evolve resilience against the pesticides that used to kill them.

LLINs generally feature insecticides called pyrethroids, which attack mosquitoes’ nervous systems. Pyrethroids are the most common household insecticides and have been shown to pose little risk to humans when used at low levels. In Uganda specifically, the introduction of LLINs caused a dramatic drop in the rate of infection. But over the past few years, that rate has risen once more.

“In 2017, WHO reported that the number of malaria cases had levelled off. Now, for a second consecutive year, the battle—on a global scale—has failed to make new gains; and in some places, mainly in sub-Saharan Africa, it has lost ground,” representatives of the World Health Organization told Popular Science in an email. One big reason is pyrethroid resistance. First spotted in mosquitoes on the Ivory Coast, the trait spread rapidly in mosquitoes across countries in west, central and east Africa. Uganda is part of east Africa. It’s also one of the hardest-hit African nations in terms of malaria and one of the five hardest-hit nations globally.

The results of this latest study suggest that a compound called piperonyl butoxide, or PBO, could help bed nets regain their full efficacy. Researchers looked at the blood test results of 23,000 children who received bed nets from the Ugandan ministry of health—some treated just with pyrethroids, and some also featuring PBO. One year after the net distribution, malaria infection rates in the PBO group were 27 percent lower than among children who slept under nets treated only with traditional insecticides.

When mosquitoes develop immunity to the effects of pyrethroids, PBO can provide an assist. “It knocks out some of the key enzymes that confer resistance,” says Donnelly. The chemical is already used to enhance insecticides in other cases: for instance, it’s an ingredient in some pyrethroid-based bed bug treatments.

It’s likely that mosquitoes will eventually evolve a way to combat PBO, according to the WHO. That means we’ll eventually have to develop new methods to combat them—including non-pyrethroid insecticides—which the WHO considers a top priority.

But PBO-laden bed nets might be able to help in the meantime. The extra ingredient adds a cost of around $0.60 per unit says Donnelly. That adds up when you’re distributing millions of nets, although the overall cost of LLINs, which are produced by pharmaceutical companies like Bayer and materials companies like VKA Polymers, has decreased dramatically since they were first manufactured in the early 2000s.

This new data suggests that the extra money might be well worth it. “It’s an improved bed net,” Donnelly says. “Bed nets are still working, to some extent, but this is a marked improvement.”

However, any bed net is better than no bed net at all: Even the physical barrier of a net without any pesticide coating decreases the rate of infection, according to the WHO. That extra $0.60 could result in fewer nets being purchased and distributed, which could cause rates of malaria infection to get even worse. For the moment, PBO-enhanced nets only have a conditional endorsement from WHO, which says it needs to see more research. The organization currently recommends the nets in places where high levels of mosquito pyrethroid resistance have been confirmed, and where the extra cost won’t be a deterrent to health authorities. “The primary goal must remain the achievement and maintenance of universal coverage for all people at risk of malaria,” WHO representatives write.