A black hole with a mass of 55 million suns A gigantic black hole at the center of one of the Milky Way’s close neighbors is spewing jets of material into the cosmos, hurling gamma rays and radio waves into interstellar space. Now researchers in the U.S. and Germany peered at the galaxy with the closest-ever resolution, seeing galactic features up to 15 light-days across. That’s incredibly close for a galaxy 12 million miles away.

The black hole at the center of Centaurus A weighs in at 55 million suns and is the likely source of the huge gamma ray bubbles spotted by the Fermi Large Area Telescope last year, scientists said.

The black hole is invisible in a radio image of the galactic core, but the jets are quite apparent, making Centaurus A look like a spinning top. The jets feed huge lobes of radio-emitting gas, which also reach far beyond the visible galaxy. 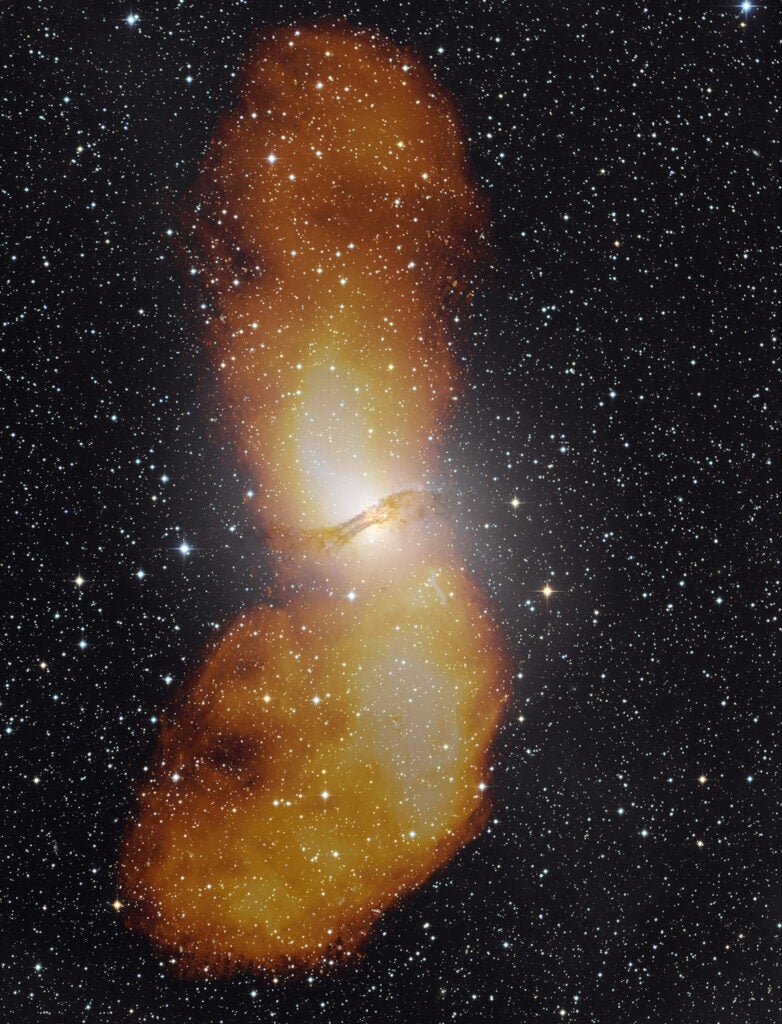 This is neat because scientists have never seen a galaxy at such high resolution before. Understanding how these jets radiate could help astronomers learn how black holes function and contribute to the apparently ubiquitous gamma radiation permeating the cosmos.