Does the image above look familiar? It shouldn’t, because it’s brand new. But the subject should certainly ring a bell... 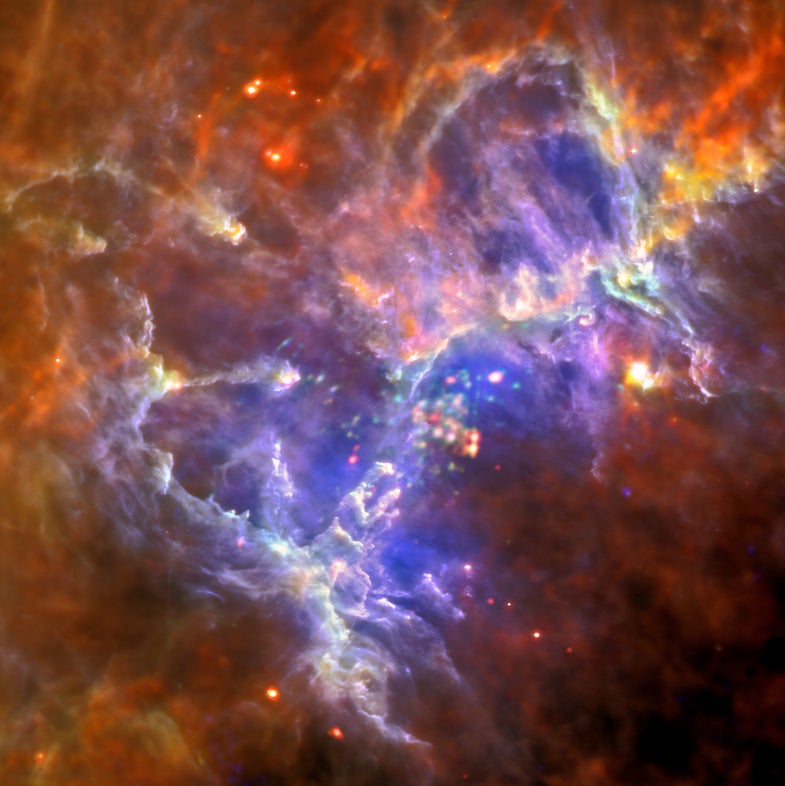 Does the image above look familiar? It shouldn’t, because it’s brand new. But the subject should certainly ring a bell for any space buff — it’s the same vast nebula that became one of the most beloved, coffee-table-booked, computer-wallpapered images in astronomical history. This new image of the Eagle Nebula shows the value of having space observatories that span the light spectrum.

The Eagle Nebula is 6,500 light-years away in the constellation Serpens, and contains a hot young star cluster that illuminates and shapes the surrounding gas and dust clouds. The Hubble Space Telescope captured these sculpted pillars in 1995 in visible light, seen below. The image suggested there was a stellar nursery inside the pillars, but Hubble could not see past the dust. 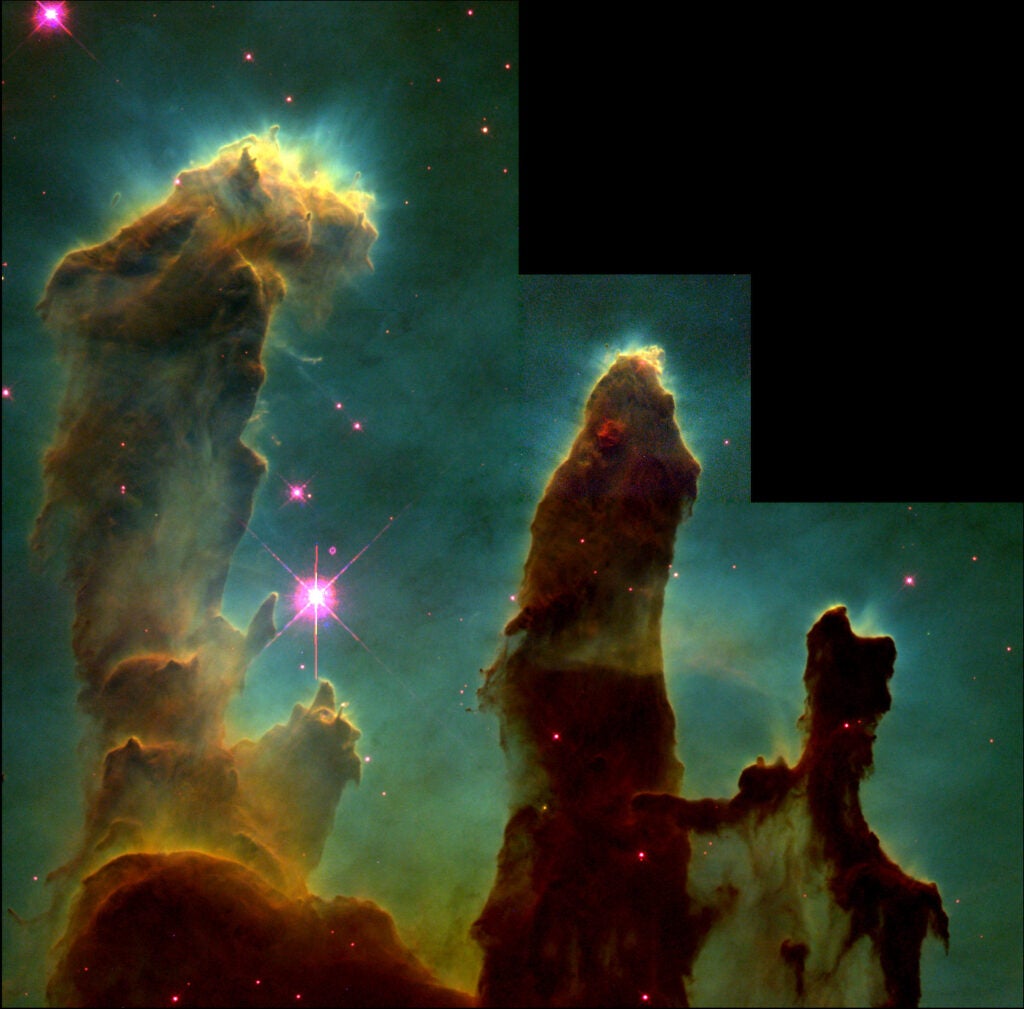 This new image depicts the nebula across the light spectrum, allowing astronomers to see it from the inside out.

In near-infrared light, the pillars vanish; in far-infrared, captured by the Herschel Space Observatory, the pillars are illuminated by their own light, allowing astronomers to see inside them. A companion image from the XMM-Newton space telescope pinpoints the hot stars. The space telescopes’ new images are layered with new near-infrared data from the Very Large Telescope and visible images from the Max Planck Gesellschaft telescope, both in Chile, to make the image at the top of the page.

The result is a new data set to help astronomers understand the life cycles of stars — and a new take on an old favorite. 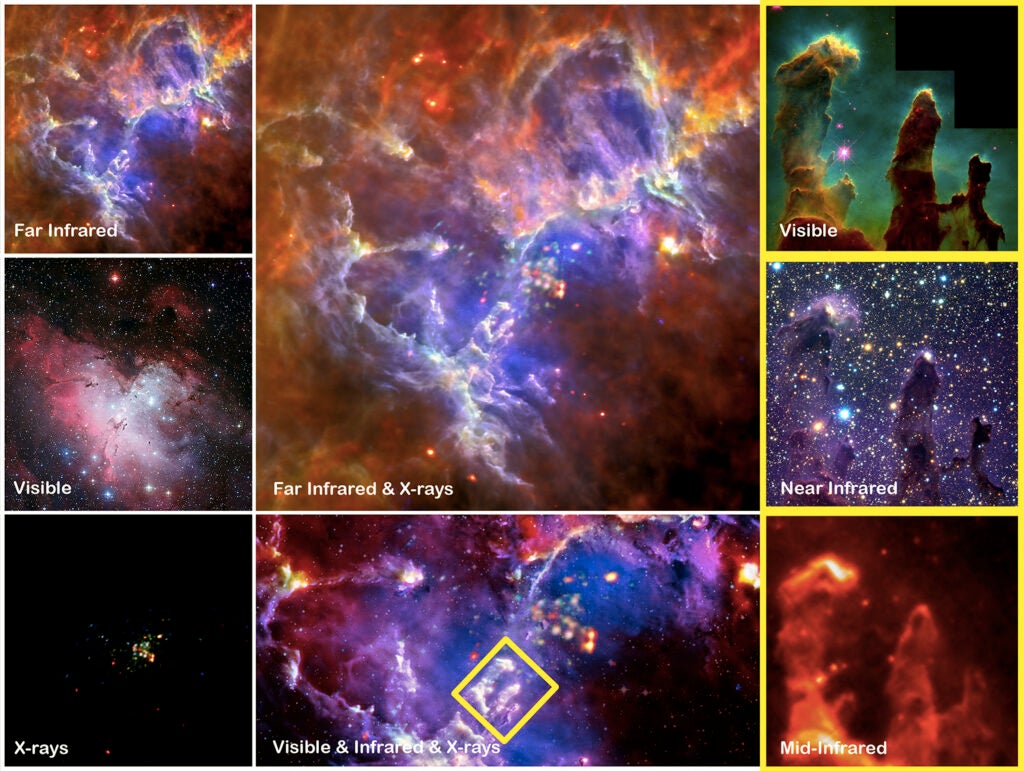 Messier 16 is a diffuse emission nebula that contains the young open cluster NGC6611. The iconic Pillars of Creation image from Hubble is just one way to look at it.