Check Out The Most Richly Detailed Image Ever Taken Of Uranus

The images are the highest-resolution ever taken in the near infrared range. It looks much more active than when Voyager flew past in 1986. 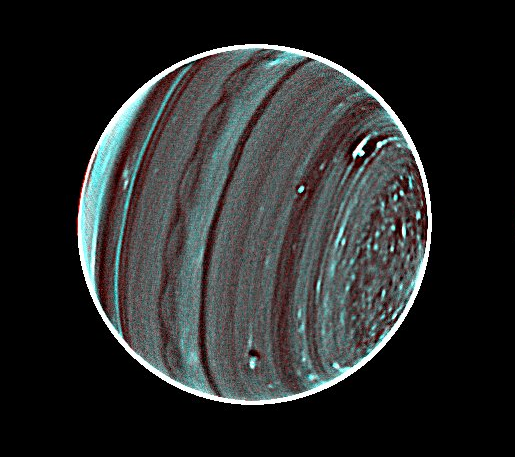 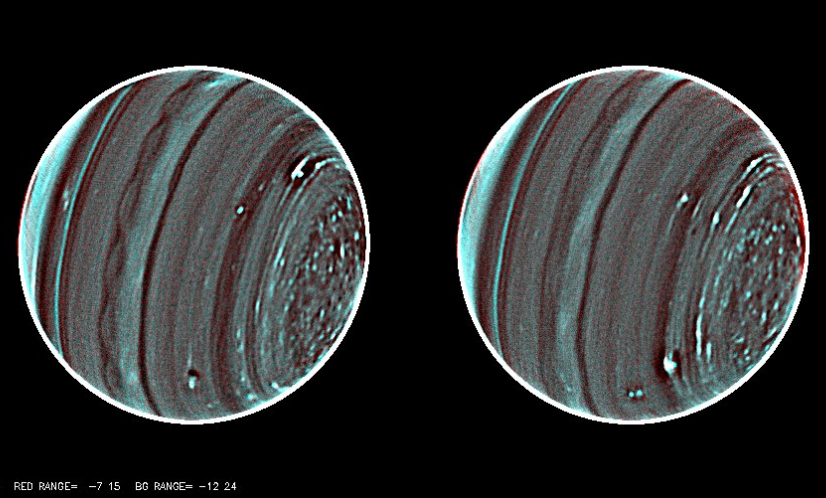 The New Face of Uranus

Two faces of Uranus, as seen from the Keck II telescope in Hawaii. The Keck telescopes’ adaptive optics made this image possible.

Uranus looks a lot like some of our solar system’s other planets in these spectacular new images from the Keck Observatory. Rather than beholding a pale bluish orb (like how Voyager viewed the planet nearly three decades ago), you can see whorls of clouds at high and low altitudes, huge hurricanes and strange features at its south pole.

Its swirling cloud layers are evocative of Jupiter, with different colors representing clouds at different altitudes–white is high-altitude, like cumulus clouds here on Earth, while the blue-green swirls represent cirrus-like layers. Winds howl at 560 MPH there, despite an utterly frigid -360°F atmosphere.

The south pole is very reminiscent of Saturn, which also has a strange and giant hurricane at its southern end. And that scalloped band near the equator? Scientists don’t know what that is.

The new images are an incredible feat because Uranus is so far away. It’s 30 times farther from the sun than we are, so it’s almost impossible to resolve with even the best telescopes. These images were shot with the Keck II telescope in Hawaii, which used powerful adaptive optics to cancel out turbulence from Earth’s atmosphere. The telescope team presented it Wednesday at an American Astronomical Society meeting.