By Linking Telescopes, Astronomers Make the Sharpest-Ever Observation of a Distant Object 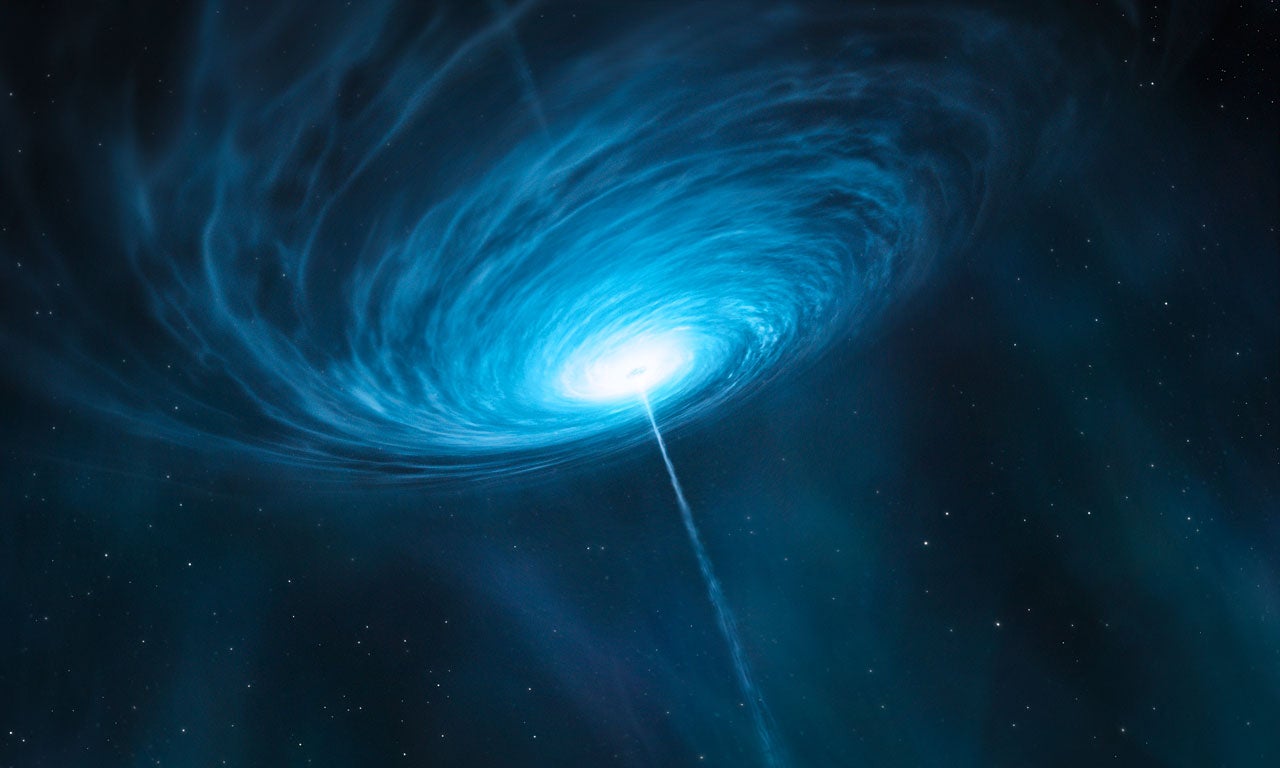 This is an artist’s impression of the quasar 3C 279. Astronomers connected the Atacama Pathfinder Experiment (APEX), in Chile, to the Submillimeter Array (SMA) in Hawaii, USA, and the Submillimeter Telescope (SMT) in Arizona, USA for the first time, to make the sharpest observations ever, of the centre of a distant galaxy, the bright quasar 3C 279. Quasars are the very bright centres of distant galaxies that are powered by supermassive black holes. This quasar contains a black hole with a mass about one billion times that of the Sun, and is so far from Earth that its light has taken more than 5 billion years to reach us. The team were able to probe scales of less than a light-year across the quasar — a remarkable achievement for a target that is billions of light-years away.
SHARE

By tying together the observational power of three radio telescopes, astronomers have made the sharpest observation of a distant galaxy, some two million times sharper than human vision. That’s big news in an of itself, but it’s even bigger news for astronomers pursuing next-level Very Long Baseline Interferometry (VLBI). The observation demonstrates a kind of telescopic collaboration that’s never been seen before, hinting at the future of astronomical observation.

VLBI is a means of linking telescopes together in a way that basically creates a single huge telescope as large as the distance between the telescopes (there’s a good primer on VLBI in our previous coverage of the Event Horizon Telescope, which aims to use VLBI to create a virtual telescope the size of planet Earth). Doing so requires a lot of technological backbone–atomic clocks to sync up the observations at geographically disparate telescopes, high rates of data transfer, computational capacity to process large loads of data streaming in from various sources around the globe–and this most recent observation shows just how far the astronomical community has come on this front.

The galaxy 3C 279 (astronomers actually classify it as a quasar because it shines extremely brightly as material falls into its supermassive black hole) in the constellation Virgo is 5 billion light-years from Earth, yet astronomers were able to resolve details down to 1 light-year or less. The observations were made at a wavelength of 1.3 millimeters, the shortest wavelengths ever used to image at such long baselines. 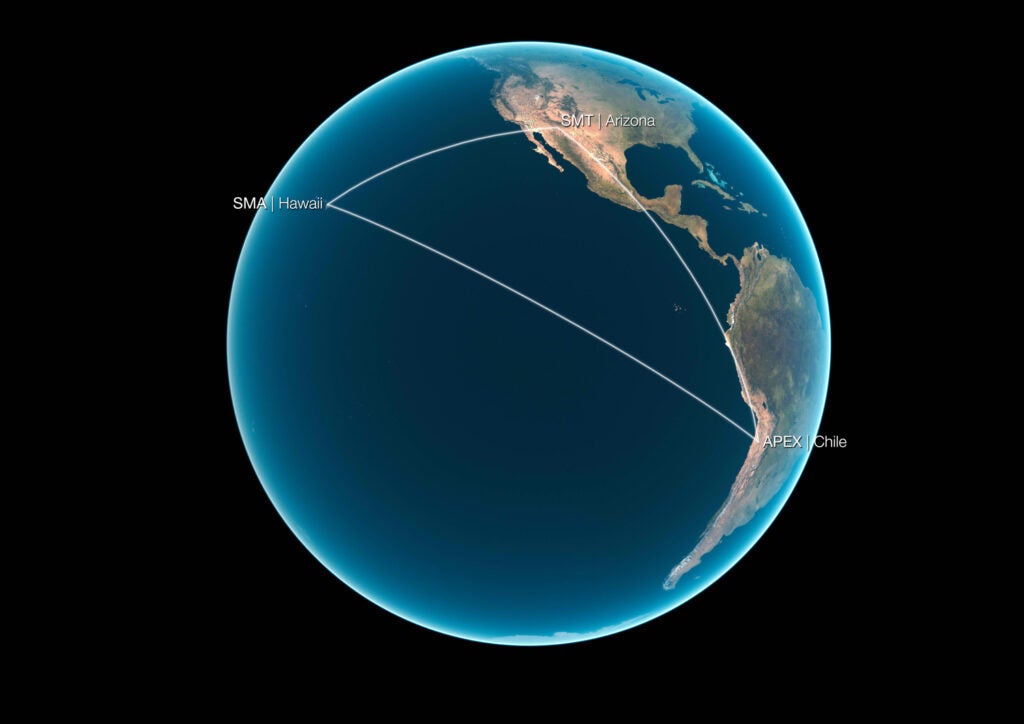 And the baselines were very long. The observations connected the Atacama Pathfinder Experiment (APEX) in Chile, the Submillimeter Array in Hawaii, and the Submillimeter Telescope in Arizona, putting thousands of miles between each of the three telescopes. It marks the first time APEX has been used for VLBI observations and required the installation of new data systems and an atomic clock by the European Southern Observatory.

That’s important for a further reason. APEX shares both its geographic home and a lot of its technology with ALMA, the Atacama Large Millimeter/submillimeter Array, a huge new 66-antenna radio telescope that is still under construction and that when complete will multiply the observational potential of global VLBI by an order of magnitude. Astronomers intend to use ALMA and other telescopes around the world to image all kinds of cosmic features in unprecedented detail, including the black hole at the center of our own galaxy. That’s why the observation of 3C 279 is such a big deal: while record-setting in its own right, it’s just the beginning of what’s possible.