Searching For A Material To Make Solar Pants 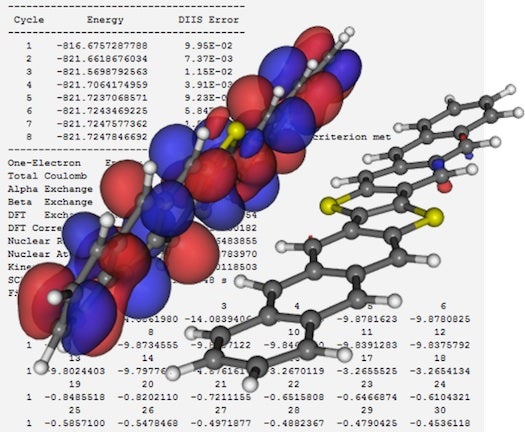 Say you wanted to make a pair of pants that are also able to act as solar panels. (Why not?) How do you know where to start to look for a material that would work for your invention?

Well, now you might use the Molecular Space database, which launched yesterday. It lists tens of thousands of potential solar materials made from carbon instead of silicon, which is what goes into commercial solar panels today. Each material was discovered not by a chemist sketching possibilities by herself, but by an automated computer program. That’s what helped researchers find so many. Before this, researchers knew of just three or four carbon-based materials that are able to convert sunlight into electricity efficiently, says Alán Aspuru-Guzik, a Harvard University chemist who led the effort to find the carbon solar compounds.

“Solar ponchos, solar pants,” Aspuru-Guzik says while listing possibilities.In general, carbon materials aren’t as efficient at converting energy as silicon is, but as long as they’re efficient enough, their other benefits may outweigh that. They’re lighter, more flexible and cheaper to produce than the silicon materials. They’ll still require more development before they show up in a product. Many won’t make the cut, ultimately. But those that do may go into solar windows, walls and other creative applications. “Solar ponchos, solar pants,” Aspuru-Guzik says while listing possibilities.

Carbon-based solar technology may also help bring electricity to low-income regions around the world. “That application is the one that I personally would like to see most,” Aspuru-Guzik tells Popular Science.

He estimates that each of the possibilities his team has found would require about a year’s worth of research before the developer would know whether it worked for a particular application, such as those pants. He and his collaborators will be doing some of that research, but they’ve made their database freely available in hopes others will use it, as well.

The database characterizes 2.3 million materials overall. About 1,000 of those could convert 11 percent or more of the energy from the sun into electricity, Aspuru-Guzik says. (“So it would take 1,000 years to go through what your database identified?” I asked. “Or 1,000 grad students,” Aspuru-Guzik replied.) Another 34,000 molecules could convert between 10 and 11 percent of the sun’s energy. Other carbon-based solar materials that researchers found before Molecular Space convert energy at a rate of 4 or 5 percent, while silicon-based panels have a conversion rate around 15 percent.

This isn’t the first time chemists have performed a massive screen for new materials that are ultra-light, or could make for great batteries, or have other interesting properties. Several research teams have worked on something like this recently. Other major ongoing efforts include the Materials Project and Aflowlib. In the U.S., the Barack Obama Administration supports such research through its Materials Genome Initiative. In 2011, the administration said universities, private companies and government agencies would invest more than $100 million into the initiative, which is supposed to help U.S. manufacturing by coming up with new ways to discover high-tech materials.

In their case, however, Aspuru-Guzik and his colleagues think their project as a unique twist. Molecular Space may be the first major materials science screen that didn’t require a supercomputer. That’s not because it didn’t require massive computing. It did: Molecular Space’s algorithms both automatically come up with molecules to test and characterize those molecules.

Instead of using a supercomputer, however, Molecular Space harnessed computing power that ordinary people donated through IBM’s World Community Grid. The concept is the same as SETI@home and several other projects launched in the past few years to which people can donate their spare computer power.

Next, the team wants to launch a program much like yet another crowd-sourced science project, FoldIt, that game where you can fold up a molecular model of a protein, following basic rules. The team will launch a portal where people can design and test, using Molecular Space’s algorithms, their own structures. The researchers are hoping people will come up with molecules even their computer couldn’t think of.

“Humans are just computers. They are just different types of computers,” Aspuru-Guzik says.