A Solar Panel You Wear On Your Arm

To continuously monitor your vital signs 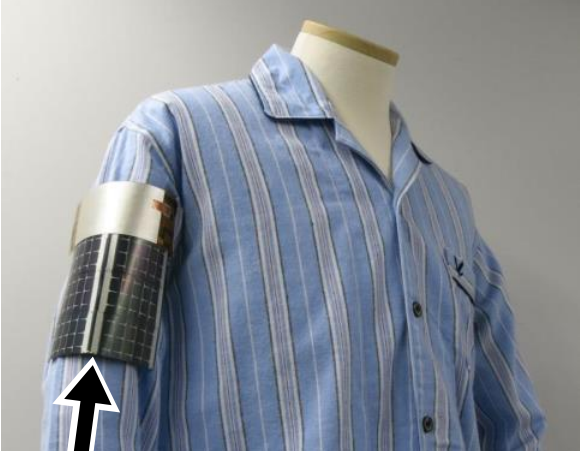 This is so cool. But hot? But cool.

A team of engineers has developed a solar-powered, plastic armband that measures the wearer’s body temperature. You can set a threshold temperature for the device, so that an alarm goes off when your temperature rises too high. It works both inside and outside of clothing. The armband could be adapted to detect other vital signs, too, such as heart rate, the armband’s lead engineer, University of Tokyo professor Takao Someya, said in a statement.

The fever alarm armband is an early prototype, so don’t expect to see it in hospitals or pharmacies anytime soon. Still, it’s a very cool accomplishment in electronics research. It’s light and flexible, which is the opposite of what most electronic devices are like today (although they’re certainly getting there). Research like this paves the way for electronics that could go into clothes or other wearables that people could comfortably tote around all day.

One especially cool aspect of the armband is that its power-supply circuit incorporates carbon-based organic components. Such organic electronics aren’t as efficient as classic electronics made with metals and silicon. Researchers are interested in them, however, because they can have other helpful properties. They can bend and stretch, which you would want in an armband that a person has to wear. They work better with unusual materials, such as the flexible plastic that makes up the backing on the armband. Organic electronics can also be cheap and easy to manufacture. Someya’s team printed some of the armband’s components onto the plastic backing using an inkjet printer.