NASA Invests In Satellites That Beam Power Down to Earth

As spaceborne energy-harvesting schemes go, this one seems faintly possible — an array of curved mirrors directing sunlight toward solar cells,... 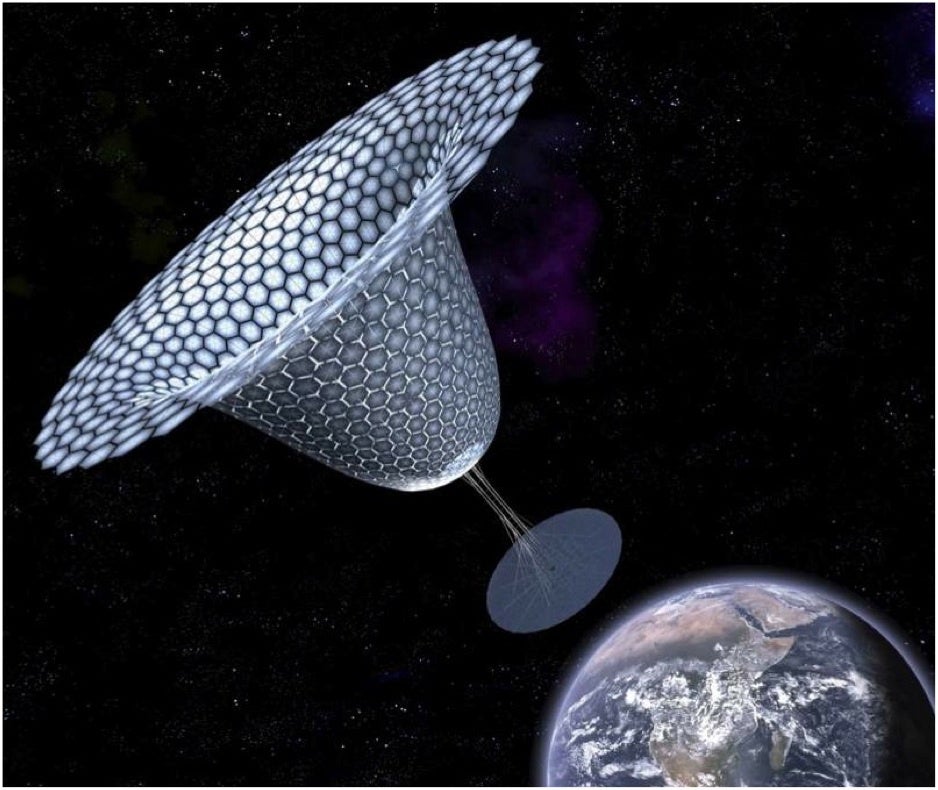 As spaceborne energy-harvesting schemes go, this one seems faintly possible — an array of curved mirrors directing sunlight toward solar cells, their energy production microwaved down to Earth. It’s so realistic, actually, that NASA is providing funding for a proof-of-concept study.

It would consist of a modular array of movable thin-film mirrors, which could be taken into space using current cargo ships and assembled piece by piece. This would be less expensive than building a gigantic array and launching it. These curved mirrors would redirect sunlight toward an internal collection of photovoltaic panels, and the solar energy would be converted into microwaves. Then the Earth-facing portion, or the bottom of the margarita glass in the image at top, would transmit low-frequency, low-intensity waves toward Earth. At the receiving end, power plants would convert the microwave energy into electricity, adding it to the power grid.

It’s not as comprehensive — nor potentially destructive — as building a Dyson sphere around the Earth, but it’s sort of along the same lines, building a space-based system that can harness solar radiation and somehow beam it back to the planet. Mankins’ design is inspired by nature, according to an account of his presentation over at Space.com. It does sort of look like a flower.

His project, first announced last fall, is part of NASA’s NASA Innovative Advanced Concepts project, under the Office of the Chief Technologist. A one-year study is ongoing.