Can This Mineral Power The Planet?

It may soon be time to say "so long" to silicon solar panels. 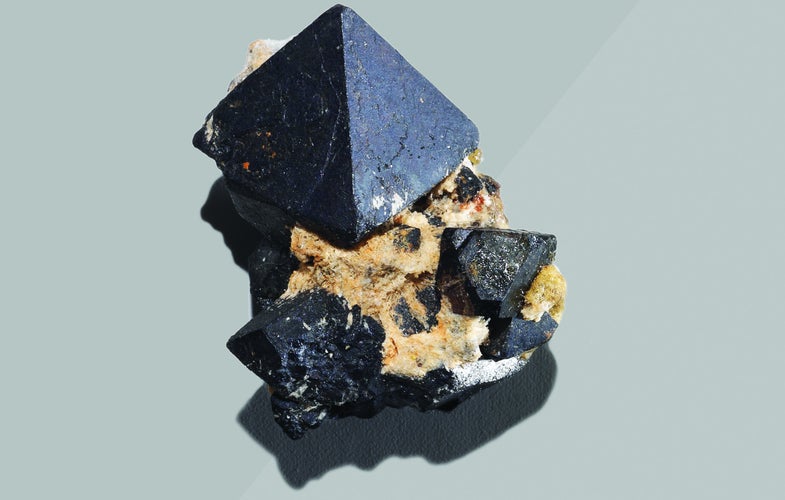 This class of crystalline minerals has a molecular structure ideally suited to converting sunlight into electricity. Scientists at Oxford University and other labs are now rushing to manufacture them for photovoltaics. Brian Klutch
SHARE

Solar panels are cheaper than ever before, thanks to government subsidies and a flooded market. But they’re not yet affordable enough to eclipse traditional energy sources. Enter perovskites: crystalline minerals that may emerge as the darling of solar power.

In only five years, the sunlight-to-energy efficiency of solar cells made from lab-grown perovskites has almost quintupled, from 3.8 to nearly 20 percent. Compare that to sluggish gains made with silicon technology, which took three decades to reach the same threshold. Today, commercial silicon panels top out at 18 percent. Perovskite cells may best that rate, and have the added advantage of being cheap and easy to manufacture. They could reduce the cost-per-watt of solar by more than half. Plus, some prototype cells are partially translucent, so researchers like Oxford University’s Henry Snaith see potential applications as windowpanes. But for all of perovskites’s promise, scientists still need to address three big challenges.

1. The Best Versions Are Potentially Toxic

Problem: The most efficient perovskite cells use lead, which would provoke regulatory blowback.

Solution: Weatherproofing each cell would help, but would add to the cost.

3. Nobody Knows How Long They’ll Last

Problem: Since these cells are new, they’ve yet to be tested against years of sunlight and heat. If the cells break down before silicon ones, any savings would be moot.

Solution: Most labs aren’t yet testing durability, but Prashant Kamat at the University of Notre Dame says that normal-usage temperatures might not pose a problem.