Transparent, colorful cells could decorate, and power, churches one day. 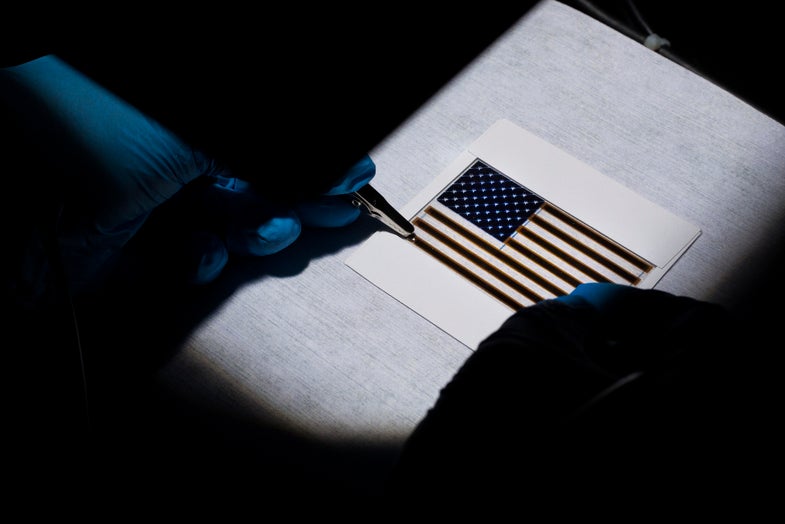 Solar panels usually get placed somewhere in the sun, but out of sight. Rooftops, deserts, mausoleums. But what if they were so beautiful we wanted to put them everywhere?

That could happen! Maybe. We’ve at least got the groundwork laid out, thanks to a University of Michigan research team that’s making solar panels like stained-glass windows: translucent, colored panels filled with solar cells. The red and blue color you see on the American flag was formed by solar cells working at 2 percent efficiency–not the best, but if it’s something you wouldn’t mind sticking in your window, there’s an aesthetic advantage: you can place them in _more _places, even if the efficiency is lower. (Standard black cells retain all the light; these let some of it pass through to show the color.) The colors, instead of being added with dyes, are formed by a layer of silicon in the cells. The size of the layer changes how the light is transmitted, altering the colors. The researchers say other cells will change colors depending on the angle they’re viewed at, but these stay consistent, so can realistically be used for decoration.

You can see the idea in the video here. The researchers’ work appears in a paper in _Nature. _