What’s the Most Efficient Design For a Solar Collector? Shape It Like a Sunflower

Concentrated solar power plants could get an efficiency boost inspired by flowers, according to MIT researchers. Designing solar mirrors in... 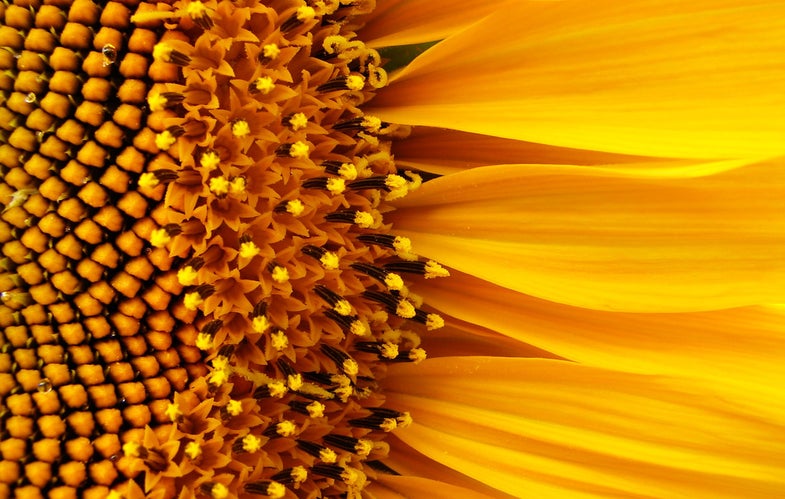 Concentrated solar power plants could get an efficiency boost inspired by flowers, according to MIT researchers. Designing solar mirrors in a spiral pattern similar to sunflower heads could reduce the space required for CSP plants and increase the amount of sunlight the mirrors collect.

Concentrated solar plants use an array of mirrors, called heliostats, that move with the sun as it tracks across the sky. They are installed in concentric circles and direct sunlight to a central tower, where heat is converted into electricity. There are only a few operational CSP plants in the world, partly because they require lots of space. Each heliostat must be arranged so it faces the central tower but also the sun, all without blocking another heliostat’s face. Current designs stagger the heliostats so that every other circle aligns, much like rows in a movie theater, according to MIT News.

Researchers at MIT and RWTH Aachen University in Germany came up with a better way to arrange them. First they studied efficiency problems in the existing layout, finding each mirror experiences some shading and blocking problems every day. Alexander Mitsos and Corey Noone of MIT developed a computer model to bring the heliostats closer together, and they noticed the suggested patterns looked a lot like spirals found in nature. So they turned to sunflowers for further inspiration.

The head of a sunflower plant is not really a flower, but a group of small flowers (called florets) crowded together. The ones on the outside hold the petals, and the ones on the inside, which are called disc florets, develop into seeds. The disc florets are arranged in a spiral pattern that orients them at 137 degrees (the golden angle) with respect to each other. The angle produces a pattern of interconnected spirals that follow the Fibonacci sequence.

With this in mind, Mitsos and Noone devised a spiral heliostat field wherein each heliostat was oriented 137 degrees relative to its neighbor, MIT News says. This layout takes up 20 percent less space than the typical concentric circles, and there’s less shading and blocking. The design could be used to build more efficient CSP plants in less space, the researchers say. They’ve filed for a patent.