NASA’s Twin Orbiters Will Crash Into The Moon On Monday

NASA is deliberately crashing the probes into a small mountain-like feature on the moon's north pole. Farewell, GRAIL! 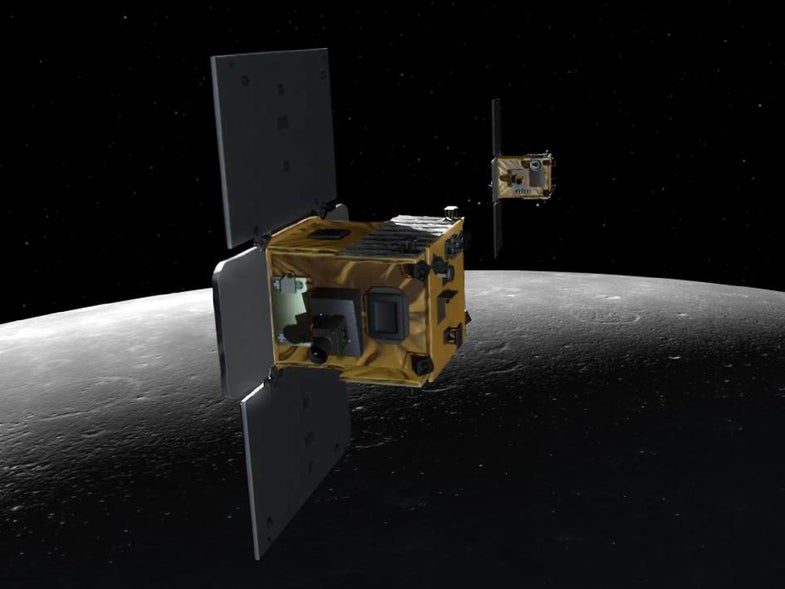 Just shy of a full year encircling the moon, NASA’s twin lunar probes are bidding farewell on Monday, crashing in a controlled fashion into a small mountain-like formation at the moon’s north pole. The GRAIL twins, nicknamed Ebb and Flow, are almost out of fuel and their lives would come to an end anyway–but rather than let them fall out of the lunar sky, as it were, NASA is performing a kind of spacecraft euthanasia.

“It’s kind of sad for me,” said David Lehman, GRAIL’s project manager at the Jet Propulsion Laboratory in Pasadena, in a phone call with journalists. “I’m hoping tonight a gas station will pull up next to our spacecraft, refuel it, and we can continue another 6 months. But I don’t think that’s going to happen.”

Ebb and Flow, which were named by schoolchildren and are about the size of washing machines, will receive commands Friday morning to fly from south to north on their final trajectory. Ebb, which reached the moon on New Year’s Eve, will be the first to go down, impacting at 2:28:40 p.m. Pacific time on Monday. Flow will hit about 20 seconds later.

The two will probably break into countless pieces as they strike a small massif in a dark area of the moon. It’s not technically a mountain, because the moon doesn’t have big mountain-forming orogenies. It’s actually a rim near a crater called Goldschmidt. The GRAIL probes’ final resting place doesn’t even have a name, although Maria Zuber, the mission’s principal investigator and director of research at MIT, said the team is working on that.

Ebb and Flow are crashing on purpose in part so NASA could avoid damaging any lunar heritage sites, including soft landers sent by Russia and the U.S. and some Apollo sites. The two spacecraft are too small to create a scientifically interesting splat, like the one created by the LCROSS probe a few years ago that helped prove the prevalence of water. “They would be more skid marks than craters,” Zuber said of their impact. 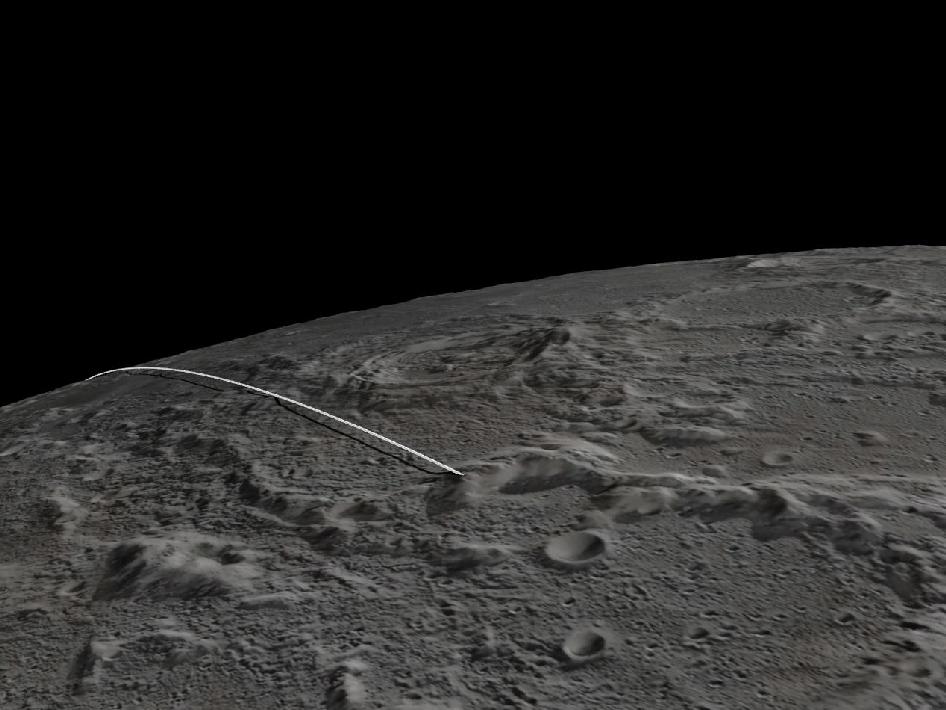 The twin GRAIL spacecraft Ebb and Flow are being sent purposefully into the moon because their low orbit and fuel state precludes further scientific operations.

Still, scientists figured they could get some interesting information about moon structures if the probes crashed into something tall. The way they impact the unnamed massif will tell scientists something about its composition. The probes will be flying around 1.7 kilometers per second, or 3,760 mph. Just to be sure, the Lunar Reconnaissance Orbiter will check out the area a few days later. If LRO does pick up any volatile compounds–water or something else–that will be really interesting, although it’s pretty unlikely.

The mission’s main goal, which it achieved with great success, was producing the most accurate map ever of the moon’s gravity field. The first crop of scientific papers describing that gravity field were published last week in Science. The map revealed plenty of moon features that have never been seen before, like a very porous crust, and unusual lava-filled formations indicating a tumultuous past. Scientists were also able to figure out how much aluminum is in the moon, which bolsters the already-strong theory that the moon was sheared off of Earth when a Mars-sized object smacked into our planet a few billion years ago.

Along with characterizing the moon better than ever, GRAIL will help future lunar explorers be as efficient as possible–at least when traveling there. Its gravity map also produced extremely precise parameters for navigation, Zuber said.

“If there was a particular boulder you wanted to target, you could land at it now. This actually decreases the cost of future missions to the moon,” she said. “Although this is not why we did the mission, it’s an additional benefit.”

GRAIL stands for Gravity Recovery and Interior Laboratory, and the two probes found all of this out by flying in a very precise formation and transmitting radio signals to each other. As they flew over the moon, small perturbations in the moon’s gravity changed their positions relative to each other, which changed the radio signals’ transmission times.

The mission also carried along some cameras, which were operated by school kids around the U.S. The MoonKam project collected some 115,000 images of the moon, Zuber said, which are being hosted in an online archive for future educational use. The pictures represent striking detail of the moon’s surface, down to 300 meters on the lunar surface. For comparison, when the first Viking orbiters photographed Mars, they reached about 200 meters resolution. And this is a science experiment solely for the purpose of educating kids.

The MoonKam on Ebb will take some final shots on Friday, Lehman said. Then all the instruments will go quiet for good until the spacecraft crash on Monday. 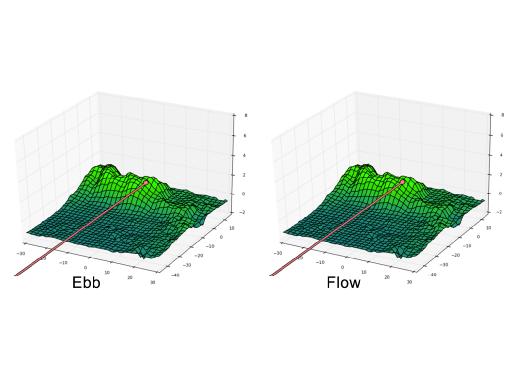 These side-by-side, 3-D comparisons depict the unnamed lunar mountain targeted by the NASA’s Gravity Recovery and Interior Laboratory (GRAIL) mission for controlled impact of the Ebb and Flow spacecraft. They also include the ground tracks the spacecraft are expected to follow into the lunar terrain. These graphics were generated using data from the Lunar Orbiter Laser Altimeter instrument aboard NASA’s Lunar Reconnaissance Orbiter spacecraft. On the left is the mountain with the ground track and mission termination point for the Ebb spacecraft. On the right is the mountain, ground track and mission termination point for the Flow spacecraft.
Moons
NASA
Solar System
Space
grail
gravity
lunar surface
spacecraft