Happy New Year! NASA may not launch any people into space in 2012, but a successful robotic mission just as... 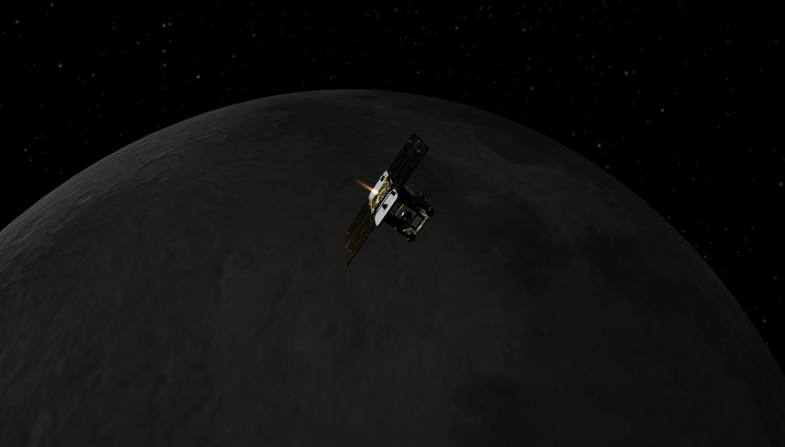 Happy New Year! NASA may not launch any people into space in 2012, but a successful robotic mission just as the new year dawned sets the stage for the space agency’s near-term future. The twin Grail probes arrived at the moon on New Year’s Eve and New Year’s Day, and are preparing to study our only natural satellite’s past.

The moon probes will spend a couple months adjusting and lining up with each other before starting their main mission in March. The Gravity Recovery And Interior Laboratory (GRAIL) probes are designed to map the moon’s lumpy gravitational field, which is stronger over the maria (facing Earth) than in the highlands (on the dark side).

Learning about the moon’s gravity field will tell scientists a lot about its interior, and possibly whether it did in fact swallow a smaller sibling sometime in its past.

The washing-machine-sized Grail-A and Grail-B will orbit the moon in tandem, measuring tiny changes in the distance between them that will result from gravitational fluctuations. Sloshing fuel could introduce some error into those ultra-fine measurements, so the probes took a super circuitous route to the moon after their September launch, ensuring they burned as much fuel as possible before arrival.

After several weeks of instrument checks and calibrations, the probes will start their three-month observation period. During this time, they’ll also snap images of the lunar surface using a camera controlled by schoolchildren. You can follow the mission here.