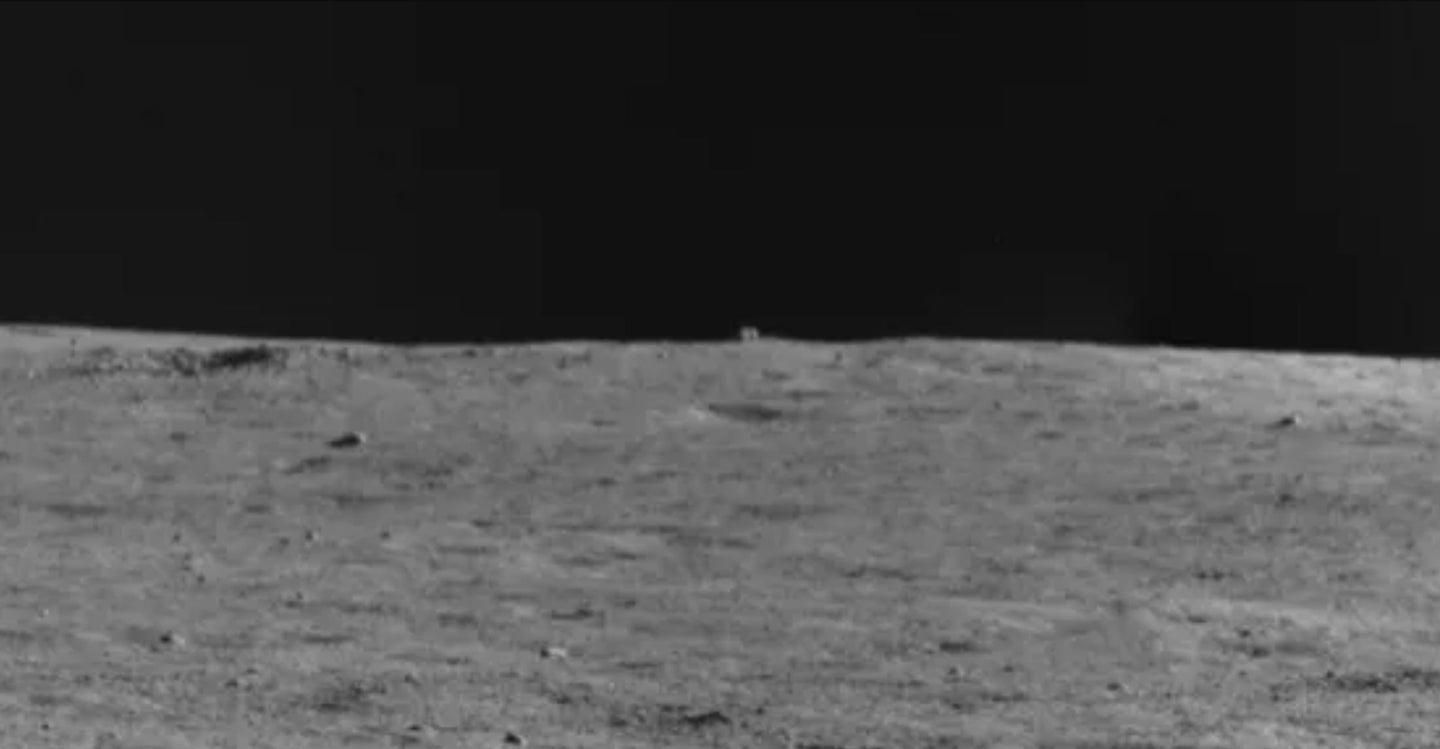 Yutu 2 took this photo of an unidentified feature back in November. Now two months later, there are new images and developments. CNSA / Our Space
SHARE

Update (January 12, 2022): After a month of trekking across the moon’s surface, Yutu 2 finally got close to the unidentified object and found it was a funny-shaped rock. Foreign news reports shared images of a rabbit-like piece of the Von Kármán crater last week. The similarity was drawn because Yutu itself translates to “jade rabbit” in Chinese. Once you see it, though, you’re stuck with it.

China’s Yutu 2 Rover, which was crossing a crater on the far side of the moon, spied a mysterious, cube-like structure in November as it scanned the skyline. The unidentified structure seemed to be located around 260 feet away from where the Rover traversed, which was making its way across the Von Kármán crater in the South Pole-Aitken Basin on the moon.

Our Space, associated with the Chinese National Space Administration which controls Yutu 2, first noted the object in a post on December 3rd; the story dubbed the object “mystery hut.” Yutu 2 has since adjusted course to check out the cube, and will spend the next 2 to 3 lunar days (which takes up 2 to 3 months time on Earth) investigating this mysterious moon feature. Researchers expect the weirdly shaped structure to simply be a large boulder. The particularly geometric shape of this mysterious object may simply be from pixelation in the photo itself.

[Related: Check out the first images of Mars from China’s Tianwen-1 probe]

Yutu 2 has seen plenty of interesting moon features in its travels already, including a strange gel that turned out to be some rocks melted together, and some perplexing shards that were likely hurled from the impact of a meteor. The Chang’e 4 mission has also brought forth some fascinating new discoveries like what could be pieces of the moon’s mantle.

Whatever this structure turns out to be, Yutu 2 will continue uncovering other secrets the “dark side” of the moon is holding.