Video: The Evolution of the Moon in Three Minutes

In celebration of 1,000 days in orbit, the Lunar Reconnaissance Orbiter team released two beautiful videos of our moon, one... 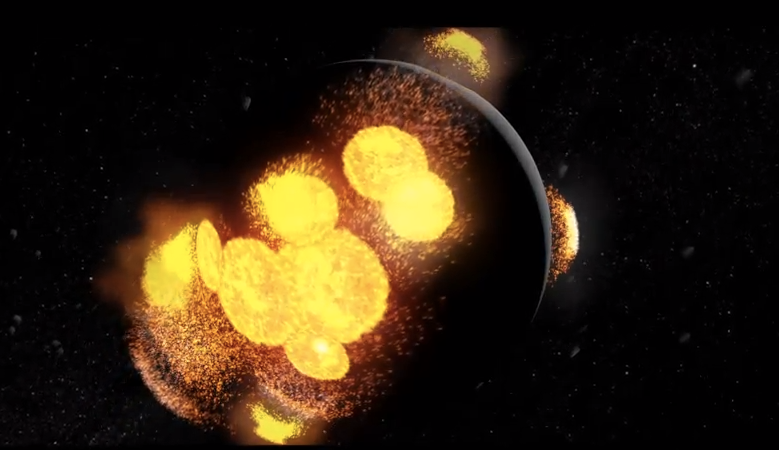 In celebration of 1,000 days in orbit, the Lunar Reconnaissance Orbiter team released two beautiful videos of our moon, one a fiery drama showing the moon’s tough evolution and another touring its most interesting sites.

The historical montage takes you from the moon’s earliest days, through the massive south pole splat that formed the South Pole-Aitken Basin, into the Late Heavy Bombardment, mare volcanism and later craters that made the moon the orb it is today.

The only bummer is that it starts out with the moon already formed and coalescing into a hot ball. It would have been neat to see how the video wizards at NASA Goddard would render the cataclysm that sheared the moon from the Earth. It also doesn’t address the possibility of a moonlet pancaking onto the far side, which some scientists theorize could have been responsible for the differing terrain between the near maria and the far highlands. The GRAIL mission, which formally started taking data a couple weeks ago, could help answer that question.

Now that you know how it formed, this second video takes you through our natural satellite’s interesting topography, including Apollo artifacts and far-side craters we Earth-bound humans will never see.