Study Says Women Can Spot Cheaters At A Glance

Or, at least, the 34 women in the study showed "small–moderate" correlations with guessing right when they were asked. (And men can't tell, apparently.) 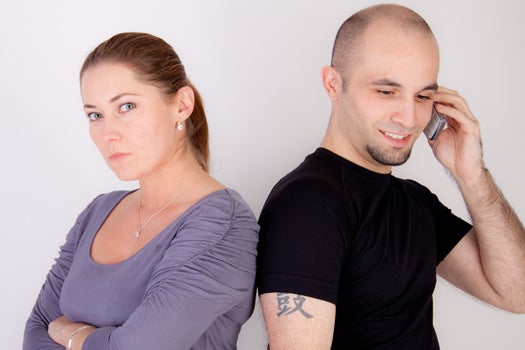 It seems like you can’t throw a dart at a wall of research without hitting a “men are from Mars, women are from Venus” claim. Recently, we’ve seen some good studies along those lines (and some not so good studies). Now here’s another one, out of Australia: women, researchers say, can tell if a person they’ve never seen before has a history of infidelity.

The researchers determined the sexual histories of 189 white adults. Then they showed photos of those adults to 34 men and 34 women, who had to decide which subjects had a background of cheating. The female participants, researchers said, could tell with “modest” (not high but not insignificant) accuracy which men had a history of cheating. The men had an insignificant correlation with guessing right about the women–in other words, they couldn’t tell.

Women based their conclusions on the “masculinity” of the men’s features, which the researchers write was indicative of their discretions–so watch out for the especially square-chinned ones, ladies. (Really, there is some data to back that idea up.) Men, by contrast, rated the more attractive women as more likely to cheat, which didn’t correlate.

“We conclude that impressions of sexual faithfulness from faces have a kernel of truth,” the researchers write, “at least for women, and that they may help people assess the quality of potential mates about whom they have minimal behavioural information.” The phrase “kernel of truth” doesn’t exactly inspire confidence in a study based on correlations (which, again, were relatively small on this). The sample size of men and women seems a little on the low side, too. It’ll be interesting to see what other researchers make of these finds.