The backbone of life was organized just the opposite of what everyone has thought for 150 years. 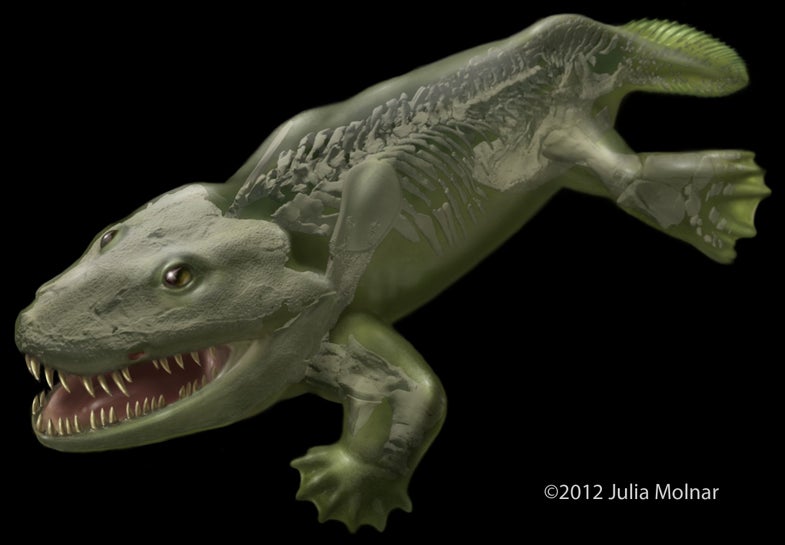 New 3-D models of some of the earliest four-legged animals reveals a surprising find: We imagined their backbones backward. Our ancestors the tetrapods–the first animals to crawl out of the muck and onto land–have spines that are organized the opposite way from what everyone thought. The findings could change evolutionary biologists’ understanding of how the vertebrae evolved–and therefore how all vertebrate animals evolved.

All vertebrates–humans, fish, snakes, and so on–have a spine consisting of many vertebrae connected in a row. Unlike modern creatures, the vertebrae of early tetrapods contains three sets of bones, one in front, one on top and one in back. But the one that everyone thought was the back bone is actually in the front, said lead author Stephanie Pierce of the Royal Veterinary College in the UK.

Pierce and colleagues from RVC and the University of Cambridge were studying three tetrapod fossil types, from animals called Ichthyostega, Acanthostega and Pederpes. They subjected the 360 million-year-old fossils to high-energy synchrotron radiation, and used the X-ray images to build 3-D reconstructions of the animals’ bones, which were buried in the rock they fossilized with.

They discovered that what was thought to be the first bone actually came last, and they noticed a primitive breastbone structure, too, where none was observed before. That’s interesting because it suggests the animals may have moved around more like seals, hunching on their torsos, than they would have ambled like crocodiles.

“The results of this study force us to re-write the textbook on backbone evolution in the earliest limbed animals,” Pierce said in a statement.

All this bone information provides new clues about how the animals moved from water to land. A sturdy sternum, for instance, would allow a creature like Ichthyostega to do the worm to get around–scientifically, that’s called “crutching.” “[Sternum bones] may have helped to reinforce the ribcage during synchronous forelimb crutching on land, allowing the animal to balance its body weight on its chest during the swing phase of forelimb movement,” the authors write. “This study has broad ramifications for our future understanding of early tetrapod skeletal evolution.”

The paper is published today in Nature. 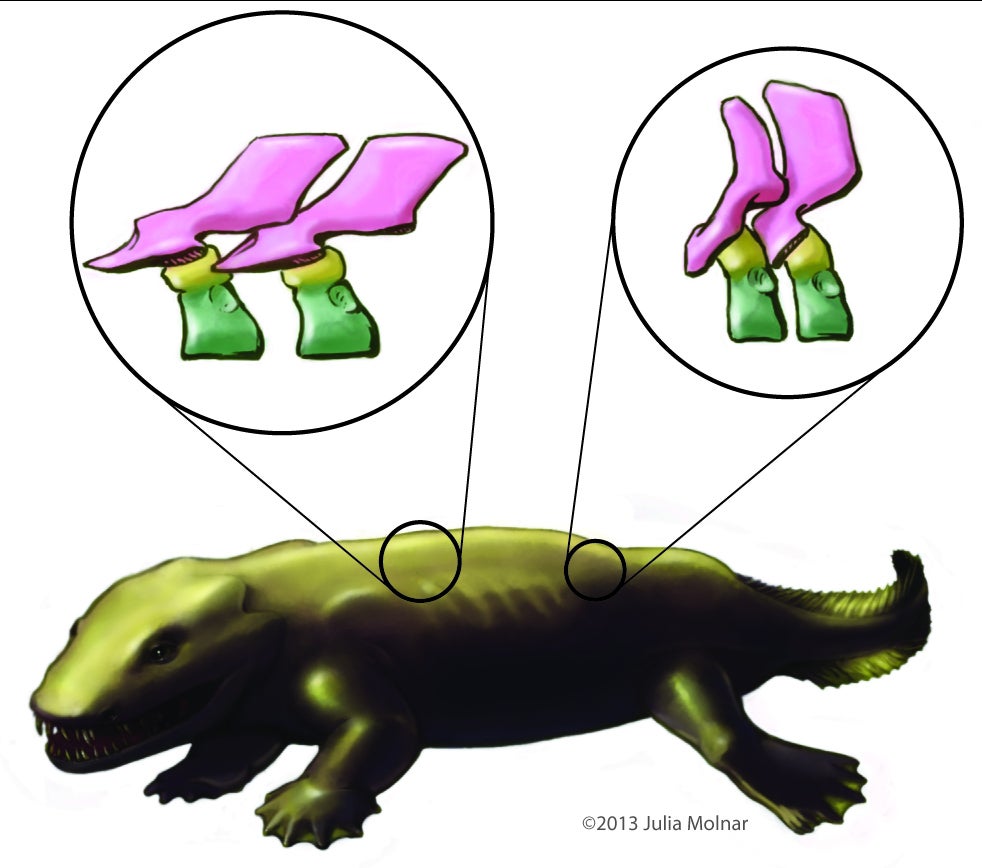 This image shows the vertebral structure in the upper thorax and lumbar regions of the early tetrapod Ichthyostega.
Biology
Evolution
fossils