The clues are in her voice 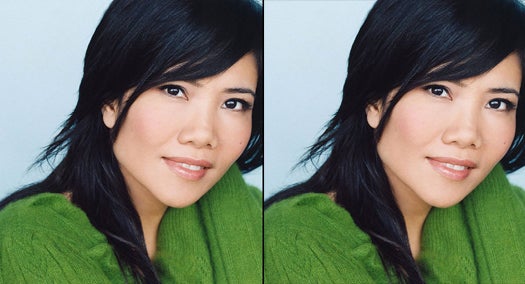 “Are you on your period?” It’s a question most women have been asked at one point or another by their boyfriend or spouse during a disagreement. It turns out that some men actually can tell when it’s a woman’s time of the month—and it’s not because of bratty behavior.

In a study published online last month in the journal Ethology, psychologists Nathan Pipitone at Adams State College and Gordon Gallup at SUNY Albany asked three groups of men to listen to voice recordings of 10 women counting from one to five. Each woman was recorded four times over the course of one full menstrual cycle. (For those who aren’t familiar with the ins and outs of the female reproductive cycle, women are most fertile during ovulation, when their ovaries release an egg, and least fertile during menstruation, when they shed the unfertilized egg and the lining of the uterus.)

After the first group of men listened to all four recordings from each woman, played in random order, they were asked to guess which recordings were made during the women’s periods. The men had a one in four chance of guessing correctly, but they actually did so 35 percent of the time, a significant difference, the researchers say.

In 2008, Pipitone and Gallup showed that men find the voices of ovulating women more attractive than voices recorded during other points in the cycle, so for the second group in the new study, the researchers replaced the recording made closest to ovulation with one from a less fertile day. Even after the potentially telltale contrast was eliminated, the men pinpointed the voice recorded during menstruation 34 percent of the time.

Perhaps the most telling element of the study was the third experiment, in which a new group of men were not told that the research had anything to do with menstrual cycles. Instead they were asked to choose the most “unattractive” voice recording for each woman. They chose the menstrual recording significantly more often than was predicted by chance—again, 34 percent of the time.

In fact, according to the researchers’ calculations, all three groups singled out the voices recorded during menstruation more often than any of the other voices.

So what was it about the women’s voices that gave away their reproductive status? The men in group one who correctly identified the menstrual recordings said they could tell by the mood (bad versus good), quality (harsh versus smooth), pitch (low versus high) and speed (slow versus fast) of the women’s voices. When the second two groups were asked to score the voices based on these characteristics, they reported that menstrual voices sounded lower in mood, quality and pitch. “The men seemed to determine menstrual voices by picking the most unattractive voice,” Pipitone explains.

There’s already evidence that men subconsciously judge where a woman is in her cycle—lap dancers make 80 percent more money in tips when they’re ovulating compared to when they’re menstruating, according to a 2007 paper—but the new study is the first to demonstrate one way men make that determination.

A subconscious (and often conscious) aversion to menstruation makes sense in evolutionary terms, since males wanting to pass on their genes are better off seeking out females closer to ovulation. Over time, the ability to parse a woman’s menstrual cycle could have proliferated, as more perceptive men reproduced more successfully.

Pipitone says the adaptation is an example of the reproductive arms race known as sexually antagonistic coevolution, a phenomenon seen across living species, from humans to brine shrimp. Males show more interest in females when they’re fertile, so it makes sense that human females—who need a lot of help to raise their particularly helpless infants—hide their fertility status. (Female chimps, by contrast, broadcast their fertility with engorged genitalia.) Theoretically, human males retaliated by developing the ability to detect more subtle fertility cues such as those “leaked” by the female voice.

Hormones induce the vocal changes that give women away. “Vocal production is closely tied to our biology,” Pipitone says of men and women. For example, “Cells from the larynx and vagina are very similar and show similar hormone receptors.” The result is that, “The sound of a person’s voice contains a surprising amount of reproductively relevant information,” Gallup says. The obvious example: By speaking on the phone, we can determine a person’s gender and age. But researchers have also shown that voices alone can be used to directly and indirectly predict characteristics like facial appearance, body type, physical strength and even sexual behavior.

I think one of the most interesting results of the study is that across the board, men chose the menstrual voice around a third of the time. It would seem some men are more perceptive to women’s cycles than others. Pipitone and Gallup plan to investigate this question next.

Jennifer Abbasi is a science and health writer and editor living in Brooklyn. Follow Jen on Twitter (she’s @jenabbasi) and email her at popsci.thesexfiles@gmail.com.