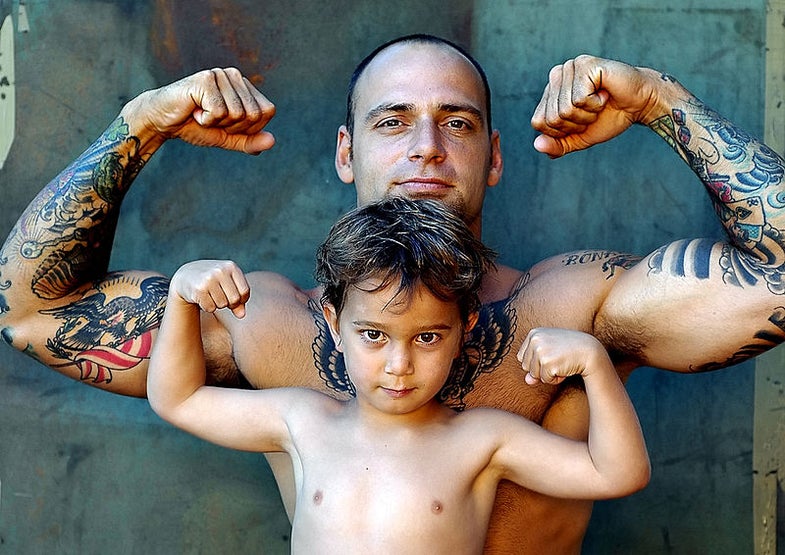 A new study in the journal Psychological Science took a look at the relationship between physical strength and political beliefs. More specifically, the study sought to answer a question: is there any correlation between “fighting ability” and opinions on redistribution of wealth?

Conducted by researchers at Denmark’s Aarhus University and the University of California, Santa Cruz, the study surveyed subjects by upper-body strength, socioeconomic status, and then compared those with the subject’s response to a questionnaire about economic redistribution. The hypothesis: men with more upper-body strength would be less open to economic redistribution. And it turned out to be true, to an extent, depending on socioeconomic status. From an evolutionary biology perspective, the idea is that physical strength would enable a man (and it is gender-specific, as I’ll get to in a sec) to hold and protect property, making him less likely to support sharing with the group.

“Our results demonstrate that physically weak males are more reluctant than physically strong males to assert their self-interest — just as if disputes over national policies were a matter of direct physical confrontation among small numbers of individuals, rather than abstract electoral dynamics among millions,” says one of the lead researchers.

Women, on the other hand, showed no correlation between strength and economic views at all.

Check out the full study here.