What Our Eyes Say About Our Sexual Preferences

Women are more flexible in their desires than men, study suggests 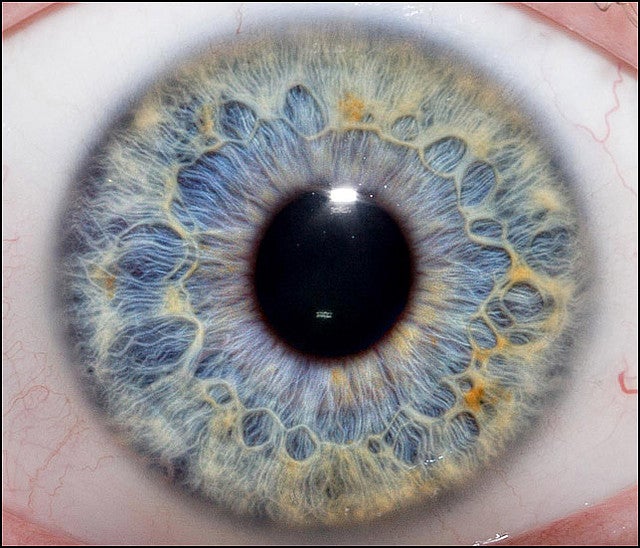 The finding that straight women more so than straight men are likely to get turned on by both sexes could be explained by evolutionary theory, Rieger says. In 2000, Roy Baumeister, a psychologist then at Case Western Reserve University, proposed that the female sex drive evolved to be more malleable than the male sex drive. Then, in 2007, Canadian researchers studying the genital response to watching videos of human and animal sex suggested that whereas the biological function of arousal in men is to become erect and penetrate women, in women it has historically been to self-protect (with lubrication) during forced sex, which ostensibly required them to be more automatic and flexible in their arousal to any stimuli. “Forced copulation in several species and in most human societies indicate that it may have occurred throughout human evolution,” Rieger and Ritch Savin-Williams write.

Here’s how the Canadian authors explained it in 2007: “Reflexive vaginal responding may have had fitness benefits for our female ancestors because vaginal vasocongestion produces lubrication, which reduces the likelihood of injury and subsequent infection during vaginal penetration. Ancestral women who did not reflexively lubricate would have been more likely to experience injuries or infections that could have rendered them reproductively sterile or resulted in their deaths.”

The results of the study are in line with previous research that measured arousal based on penis circumference in men and vaginal pulse amplitude, which reflects changes in vaginal engorgement, in women. Genital response studies have found that, “the relationship of genital arousal to either male or female sexual stimuli with self-reported sexual orientation is considerably stronger in men than in women,” the authors write. “Most men are exclusively aroused to the sex consistent with their reported sexual orientation; for example, most heterosexual men are almost exclusively aroused to women and most homosexual men are almost exclusively aroused to men. In contrast, women’s sexual orientation is poorly reflected in their genital response because they respond with substantial arousal to both sexes.”

Pupil dilation has been used before in sex research-in Canada in the 1950s through ’70s to weed out gays, “who were at the time considered a national risk”-but those studies were riddled with problems, like failing to factor in bisexuality and measuring dilation by hand rather than with a camera and a computer program (an infrared gaze tracker automatically recorded pupil size and dilation in the new study). The agreement between genital response and pupil dilation results bolsters the reliability of the less-used method.

Switching to measuring pupil dilation in arousal studies has several benefits, Rieger says, starting with using the same method for both sexes. Some people can suppress genital arousal, but because pupil dilation is controlled by the automatic nervous system, study participants can’t affect the measurements. Plus, the less-invasive method will be palatable to more study participants, allowing researchers to learn about arousal and orientation in traditional cultures and even children — using less sexy images, of course.

Jennifer Abbasi is a science and health writer and editor living in Portland, OR. Follow Jen on Twitter (@jenabbasi).