When the only variable is gender, male students are more likely to be hired for a job, and offered more money, too. 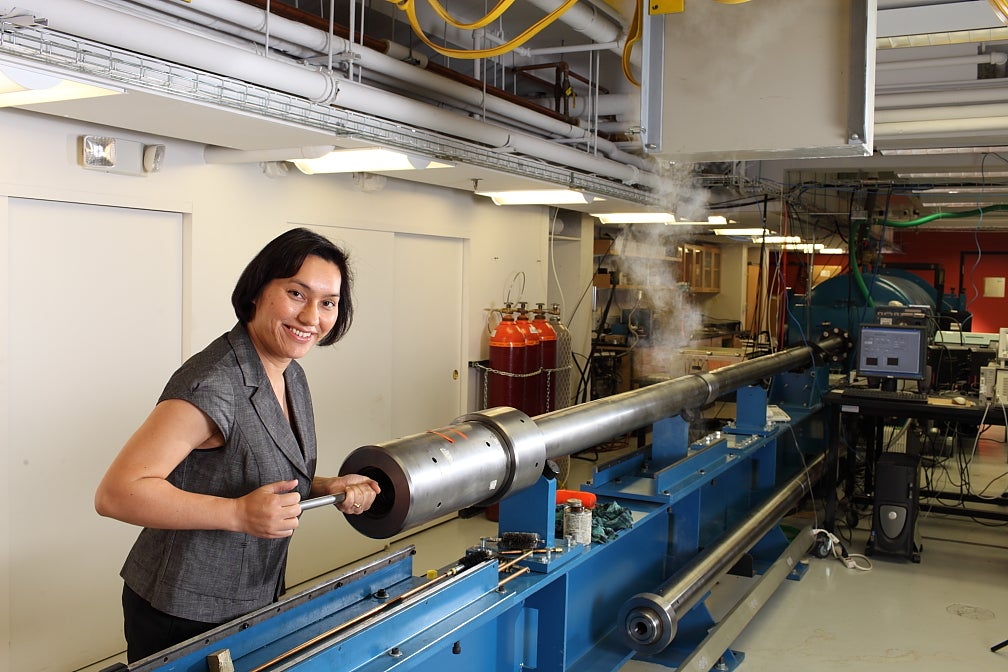 There’s a canyon-sized gender gap in the academic science world. Officials keep pushing to move women into the field, and the number of degrees granted to them has increased, but those degrees don’t necessarily result in more women working in the sciences. A new study shows that science faculty see female students as less competent than their male counterparts, and it could cost them jobs, a fair salary, and mentoring opportunities.

To find this out, researchers sent job application materials from a potential student eyeing a lab manager position to biology, chemistry, and physics professors at six (anonymous) universities across the country. They only changed one variable in the materials: the gender of the applicant. That was enough for the faculty to say, on average, that the female applicant wasn’t as hirable or as competent, and was less deserving of mentoring and even the same salary as male students. It didn’t matter if you considered only the male or female faculty members; they both favored the male student at about the same rate. 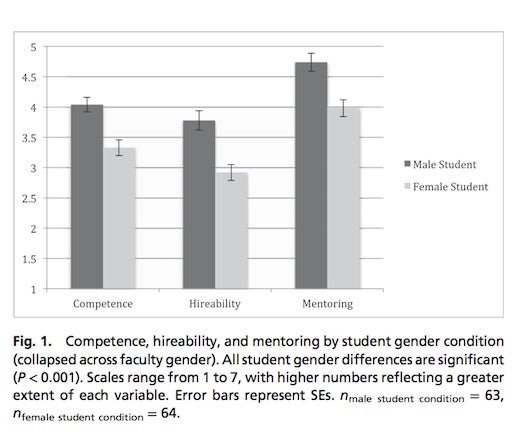 Ratings For Competence, Hireability, And Mentoring

Cultural stereotypes about “what makes a good woman”–friendliness, warmth, less competence–might subtly contribute to a bias, says Corinne Moss-Racusin, lead author of the study. That doesn’t mean faculty members consciously dismiss female students, or want to prevent them from succeeding. But the consequences can be pernicious, as the study suggests. 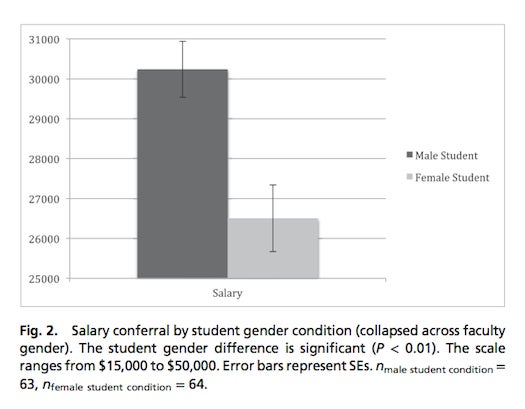 There are ways to intervene and address the problem, Moss-Racusin says. Which is good, since it’s a problem we as a country really want to address. A government report referenced in the study predicts a one million-worker deficit if we keep training engineers and scientists at current rates. Hiring more women into the field could help ease that.

The first step would be changing academic policies, Moss-Racusin says, such as adding oversight to mentoring programs to ensure they’re fair between genders. And, of course, “educating the faculty members and students on the possible impact of bias would be critical.” All work then needs to be done under “very clear, very transparent evaluation criteria.”

We’ll see if any changes are made based on the study, but at least anecdotally, Moss-Racusin says, the research has stirred up reactions from those who claim it “mirrors their experiences” in the science academia field.