Will ‘Libido In A Pill’ Help Women Get It On?

The "female Viagra" has to tackle more than just a physical malfunction. 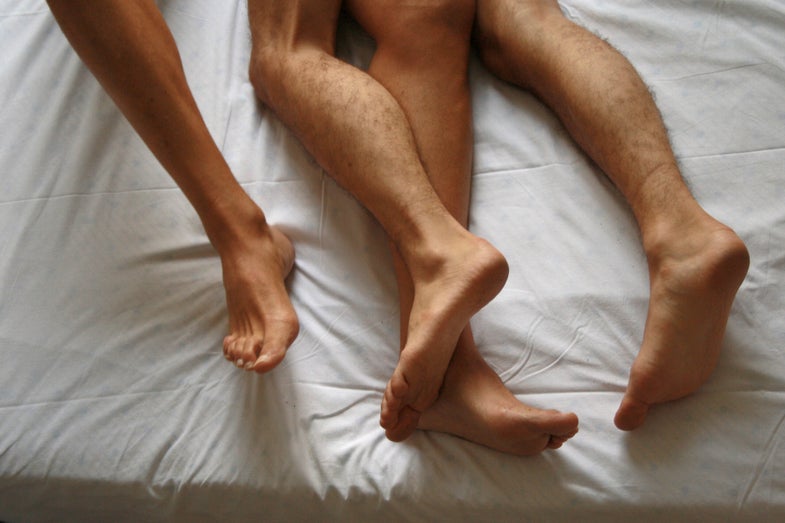 Since Viagra came on the scene in the late ’90s, men with sexual disfunction have been able to pop a pill and get busy to their hearts’ content. For women, it’s harder: There’s not yet a cure for a lack of female arousal, though as many as 30 percent of women between 20 and 60 years old may suffer from some degree of hypoactive sexual-desire disorder (H.S.D.D.), a lack of lust so dire it creates emotional distress, according to a New York Times Magazine story.

In an adaptation from his forthcoming book, What Do Women Want? Adventures in the Science of Female Desire, Daniel Bergner explores a new drug called Lybrido, a potential pharmaceutical answer to H.S.D.D. in women being heralded as the “female Viagra”–a drug that could save the sex lives of women whose desire has disappeared.

The scientific process of female desire isn’t entirely understood, and we certainly haven’t figured out how to bend it to our will. Women aren’t as in tune to rises in genital blood flow, according to some research, and a possible reason why Viagra-like drugs haven’t yet succeeded in increasing their desire.

Viagra’s approach to impotence is a physical one: increase blood flow and let the magic happen. Lybrido and its sister medication, Lybridos, wouldn’t be that, although the former does contain a Viagra-like component. “A female-desire drug would be something else,” Bergner writes. “It would adjust the primal and executive regions of the brain. It would reach into the psyche.”

The drug’s inventor, Dutch psychopharmacologist Adriaan Tuiten, says he was inspired by his own heartbreak:

Tuiten was in his mid-20s when his girlfriend, a woman he’d been in love with since he was 13, abruptly decided to leave him. “I was — flabbergasted. You can say that?” he asked me, making sure, in his choppy English, that he was using the right word. “I was shocked. I was suffering.” He was an older university student at the time; before that, he’d been a furniture maker. The breakup inspired a lifelong quest to comprehend female emotion through biochemistry and led to his career as a psychopharmacologist.

Tuiten’s drugs come at arousal in two ways–a testosterone coating helps the body produce dopamine, creating a rush of lust. A delayed-release tablet left when the coating wears off works desire from another angle: Lybrido increases genital blood flow, much like Viagra, while Lybridos works by suppressing serotonin, a calming molecule that fosters self-control, and in the short term, pushing the body’s balance of serotonin/dopamine in favor of the latter.

Lybrido has gone through a few smaller-stage trials, and early results for both drugs are looking positive. Tuiten hopes to get F.D.A. approval for larger trials, and pending success, the drug could hit the market by 2016.

Though Lybrido isn’t the first drug to be developed with the hopes of helping women boost their sex drive, previous attempts have been largely unsuccessful. FDA trials of LibiGel, a testosterone gel that could be applied to the skin, failed to create any more sexual interest in women than a placebo. Another drug, Bremelanotide, had some success in putting passion back in the sex lives of women who were plagued by sexual disinterest, but also came with nasty side effects like vomiting and sudden blood pressure increases.

The existence of so many women who struggle to retain their sex drive in long-term relationships challenges widely held beliefs about female sexuality: namely, that women are hard-wired for commitment. The women Bergner interviews are, for the most part, in love with their partners and attracted, but for whatever reason, feel “sexually deadened.” One wonders “Am I going to get my freak back?” Despite the evolutionary psychology theory that women have evolved to look for steady, monogamous partners to care for them and their offspring, studies on women’s desire for casual sex have shown that women respond better to novel sexual stimuli–like pornography viewed for the first time, rather than repeatedly, or a photo of a handsome stranger.

Development of female arousal drugs also seems to be hampered by the fear that a pharmacological way to induce desire might create a society of raging nymphomaniacs, according to Bergner. Even as they work to ramp up female desire, researchers worry that they might create a brave new world of sexually aggressive women, he writes: “Companies worried about the prospect that their study results would be too strong, that the F.D.A. would reject an application out of concern that a chemical would lead to female excesses, crazed binges of infidelity, societal splintering.”

In other words, a pill that works too well to create female arousal might create mass hysteria and THE END OF THE WORLD. Or perhaps it would just add an extra complication to the already complicated world of relationships.

As Bergner puts it:

What might it mean for conventional structures if women could control, with a prescription, the most primal urge? So many things, personal and cultural, might need to be recalibrated and renegotiated, explicitly or without acknowledgment. The cumulative effect of all those negotiations could be hugely transformative, in ways either thrilling or threatening, depending on your point of view.

Head over to The New York Times for the full story, and some great photo illustrations.