And here's a few fun ones in advance. 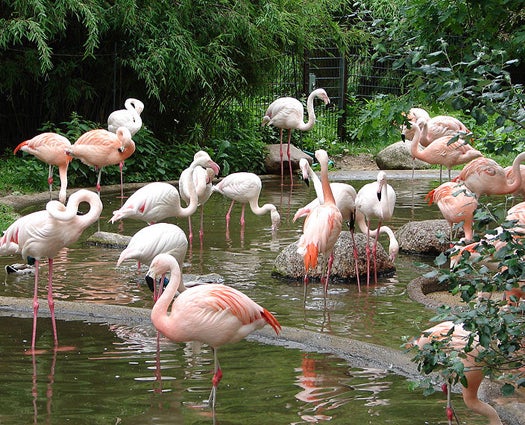 The Cornell Lab of Ornithology just released an online archive filled with thousands of animal noises. The archive doesn’t have _everything_–it mostly focuses on birds–but you could still waste a whole afternoon or more sifting through the aural wonders of Earth’s many species. To wit: Did you know that a singing walrus sounds like a Tommy gun followed by a tiny spaceship floating away?

And did you know katydids make noises? Song-like noises, even.

You can also search by taxonomy, meaning you can peruse, at your leisure, the subtle differences between the Chilean flamingo:

And its American counterpart:

Or, enjoy the otherworldly squeak of the Montezuma Oropendola:

There are a total of 150,000 audio recordings here, covering about 9,000 species. That’s more than 7,500 hours of squawks, squeaks, and roars there for your enjoyment.