Nature’s toughest fiber can make bulletproof vests, future sutures, and even be engineered to come out of goat milk. Now... 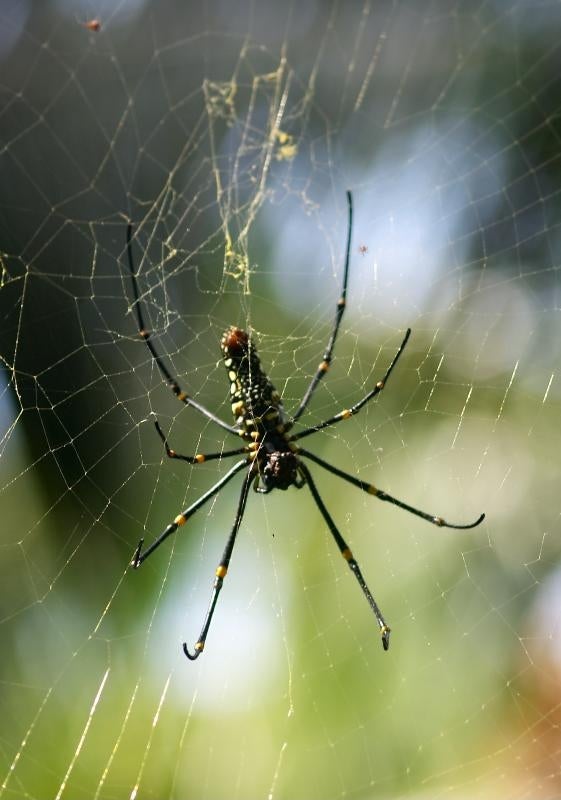 Nature’s toughest fiber can make bulletproof vests, future sutures, and even be engineered to come out of goat milk. Now a Japanese researcher has gone one step further, using spider silk for art. Specifically, a set of violin strings, which apparently have a “soft and profound timbre.”

The strings are made from the dragline silk of 300 female golden orb-weaver spiders from the species Nephila maculata. Each string is made of three bundles of spider draglines, each bundle containing between 3,000 and 5,000 strands of silk, according to the BBC. Shigeyoshi Osaki of Nara Medical University in Japan personally twisted these together.

Each bundle was twisted in one direction, and then the three-bundle string was twisted together in the opposite direction. The effect was to bunch the silk strands together so tightly that there was no space between them, even when viewed through an electron microscope, BBC reports.

Osaki tested their tensile strength and found they were as tough as an aluminum-coated nylon string like the type used in string instruments. They broke before a traditional-style gut string, however. Apparently some professional violinists tried them out and reported the spider strings had a “preferable timbre.” Timbre is what gives a musical instrument its individual uniqueness, the distinction between a G on a guitar versus a dulcimer versus a piano. The spider violin was so distinct that players could create “a new music,” according to Osaki.

The research will appear in the journal Physical Review Letters.