But Thalattoarchon saurophagis was slightly less adorable than a dolphin. 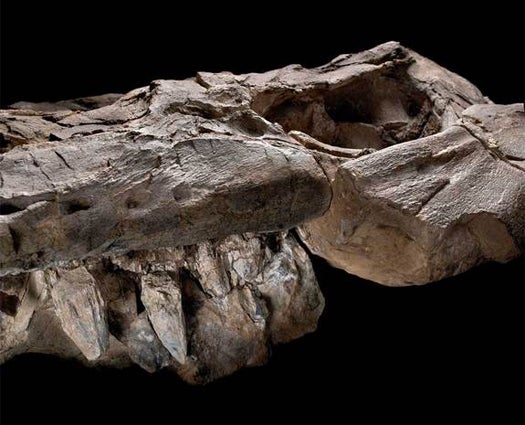 _Thalattoarchon saurophagis_–meaning “lizard-eating ruler of the sea” (!)–was at least 28 feet long, and spent its 160 million years on Earth eating creatures that were smaller, the same size, and even bigger than itself, before it died out about 90 million years ago, or 25 million years before the end of the dinosaurs. It used a giant skull with giant teeth to prey on those often-giant sea-dwellers.

Researchers, who first discovered fossil evidence of Thalattoarchon in central Nevada in 2008 and published their findings this week, pin the creature’s heyday at about 244 million years ago. That puts it at 8 million years after a mass-extinction killed as many as 96 percent of ocean creatures. It seems, then, that ecosystems restore balance after a major die-off relatively quickly: if predators this size were able to survive by hunting other large creatures, there must’ve been small creatures at the lower end of the food chain, too.

Still, though: tough luck for those species that barely missed mass extinction, then had to deal with this thing.